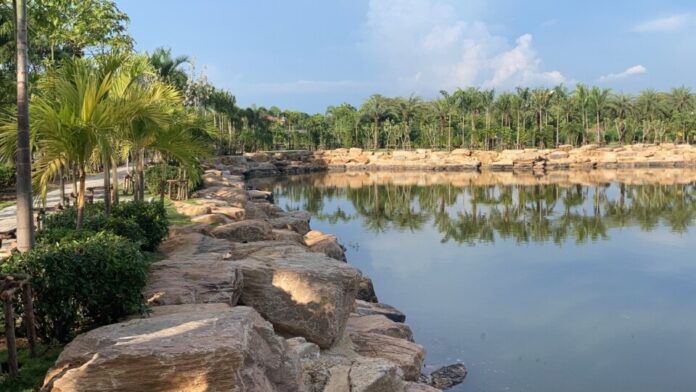 A new major public park with a lagoon called ‘Nong Pong’ on Jomtien Second Road is now almost completed according to the project developers.

The park is located in Soi Chaiyapreuk 4, across from the Riveria condo on Jomtien Second Road. The total construction budget was about 32 million baht. The construction originally started in May last year, according to Pattaya City officials.

The Pattaya City Mayor Sonthaya Khunplume told The Pattaya News yesterday (May 10th), “The park is aimed to be a major attraction for Pattaya with more ‘green zones’ in the city which will attract both locals out for exercise and relaxing as well as domestic and foreign tourists. It is now nearing overall completion.” 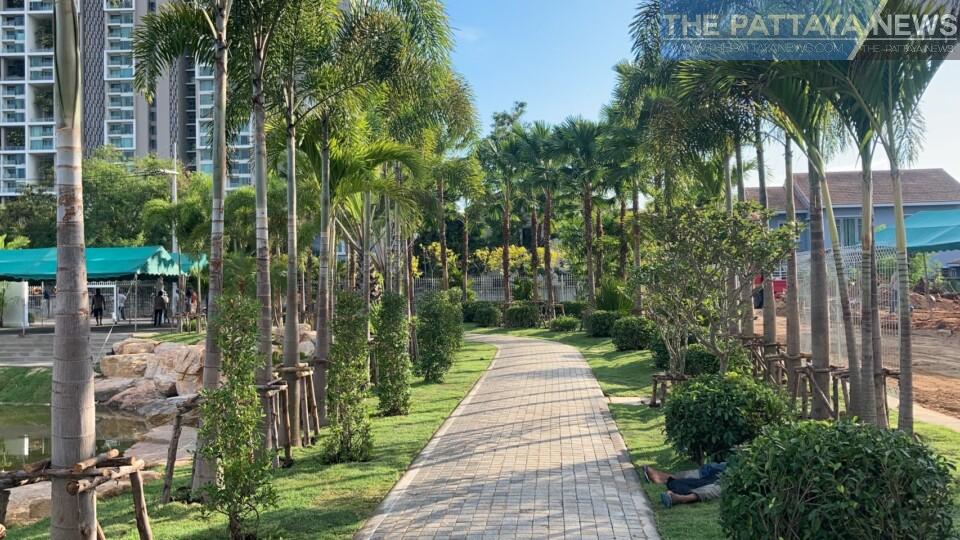 “Lights and exercise equipment are being installed which is expected to be 100 percent completed in August as originally scheduled. This will be the newest public park in Jomtien which can also be used for limited marine sports too.” The Mayor concluded.

The Pattaya News will announce when the park is officially opened. The park will be gated and is not expected to allow stray animals, noted city officials. 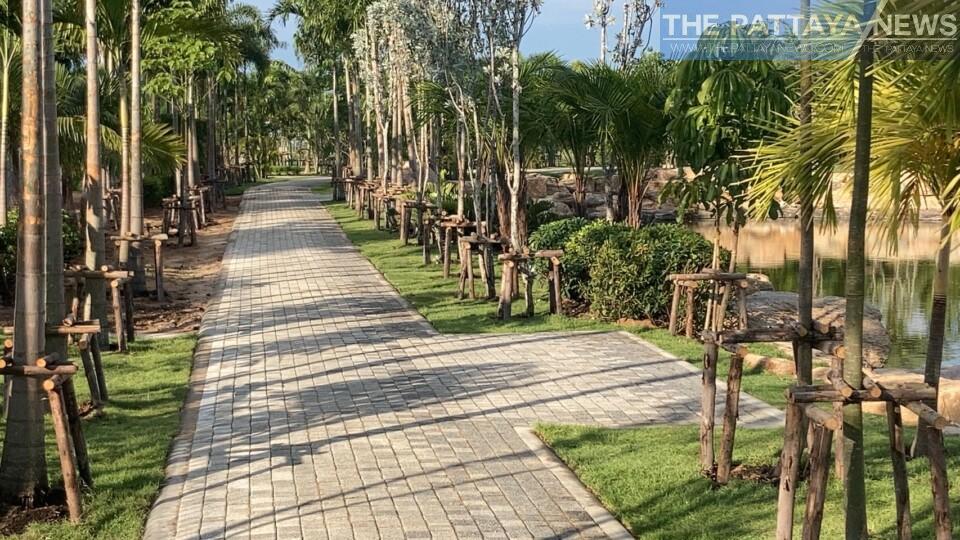