Five Myanmar senior journalists and activists were captured in the San Sai district of Chiang Mai province on Sunday, May 9th, for illegal entry and face possible deportation after fleeing the military crackdown in Myanmar.

According to local media, five of them were discovered by local police at a rented house in the San Sai district yesterday, along with several broadcast and production equipment. The group allegedly confessed that they had illegally entered the Kingdom via a natural route in Mae Hong Son province.

They would be deported in accordance with the law, but because of the coronavirus outbreak, they would be held in detention for 14 days before being handed to immigration authorities, said San Sai district police. 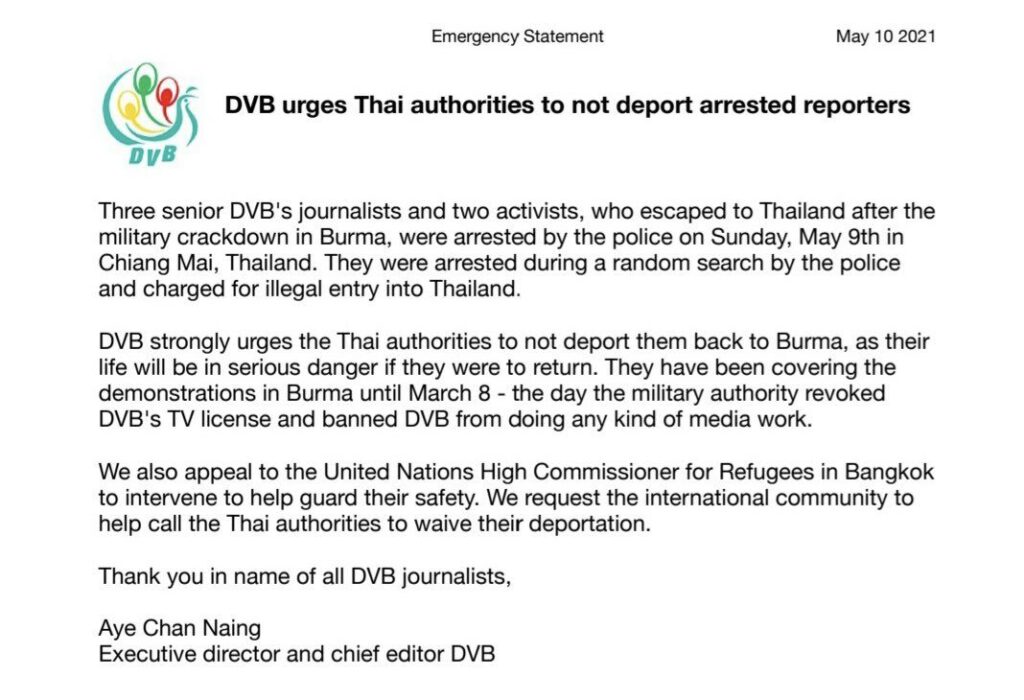 News broadcaster DVB (Democratic Voice of Burma) released an emergency statement yesterday, May 10th, that five of them were arrested on Sunday after the news organization has been banned by the military junta. The news agency also appealed to the United Nations High Commissioner for Refugees in Bangkok to help call the Thai authorities to waive their deportation as their lives could be in serious danger.

“DVB strongly urges the Thai authorities to not deport them back to Burma, as their life will be in serious danger if they were to return,” the statement read. “They have been covering the demonstrations in Burma until March 8 – the day the military authority revoked DVB’s TV license and banned DVB from doing any kind of media work.”

Despite the revocation of the license, the agency has continued to report, posting daily updates on its Facebook page regarding the protests and crackdowns across the country. 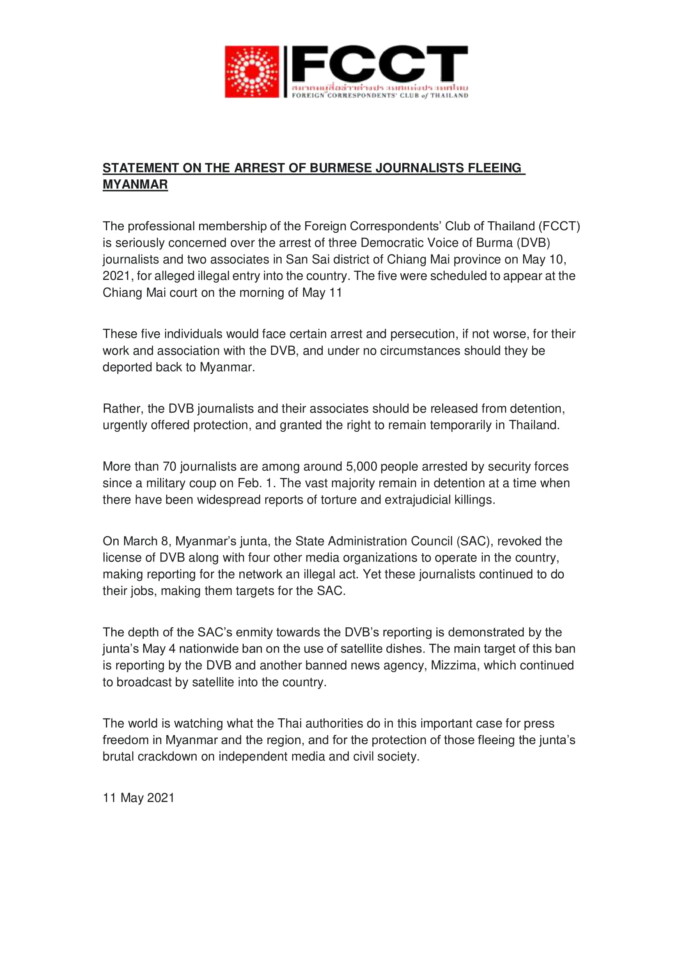 Meanwhile, the Foreign Correspondents’ Club of Thailand (FCCT) also expresses its serious concern over the arrest of the journalists and their associates, urging the Thai government not to deport them back and protect those fleeing from the junta’s military crackdown.

The online statement read: “These five individuals would face certain arrest and persecution, if not worse, for their work and association with the DVB, and under no circumstances should they be deported back to Myanmar.”

“More than 70 journalists are among around 5,000 people arrested by security forces since a military coup on Feb 1. The vast majority remain in detention at a time when there have been widespread reports of torture and extrajudicial killings.”

“The world is watching what the Thai authorities do in this important case for press freedom in Myanmar and the region, and for the protection of those fleeing the junta’s brutal crackdown on independent media and civil society.”