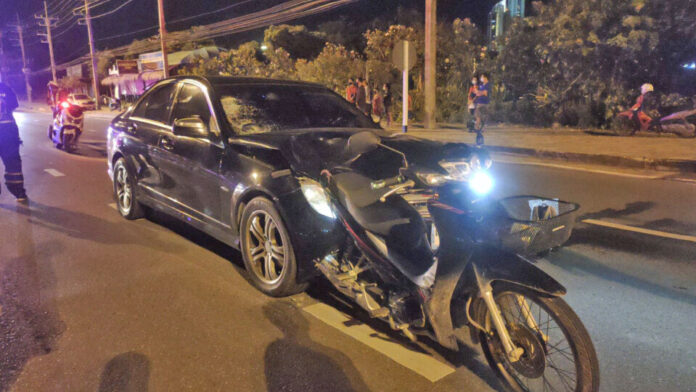 A female motorbike taxi driver has been pronounced deceased at the scene after being hit by a foreign driver of a car while trying to help a stray dog off the highway last night (May 9th) in Pattaya.

The Pattaya City Police was notified of the accident at 8:00 P.M. on Sukhumvit Road near the Chaiyapruek Intersection in Nongprue.

Emergency responders and The Pattaya News arrived at the scene to find the damaged sedan whose driver was a 29-year-old German national, whose name was withheld pending an ongoing investigation by authorities.

Nearby, Pattaya City police found the body of Ms. Roongnapa Jaroensook, 21, who was a motorbike taxi driver. Her heavily damaged motorbike was found on the road nearby. 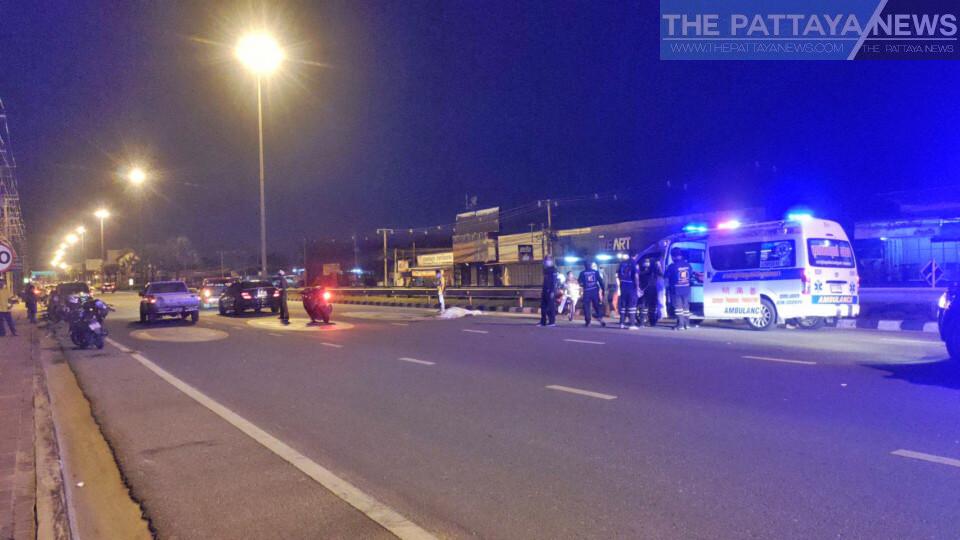 Witnesses told The Pattaya News Roongnapa was trying to help get a stray dog off the highway when the sedan driver crashed into her motorbike.

The sedan driver was taken to the Pattaya City Police Station while police are checking CCTV footage nearby to put together a full sequence of events. The foreign driver of the car did not immediately release a statement and it is unknown if any legal action will take place, with Pattaya Police stating they are still compiling evidence around the accident. The foreign man was described as “cooperative” with Thai police following the tragic accident and was not injured himself.