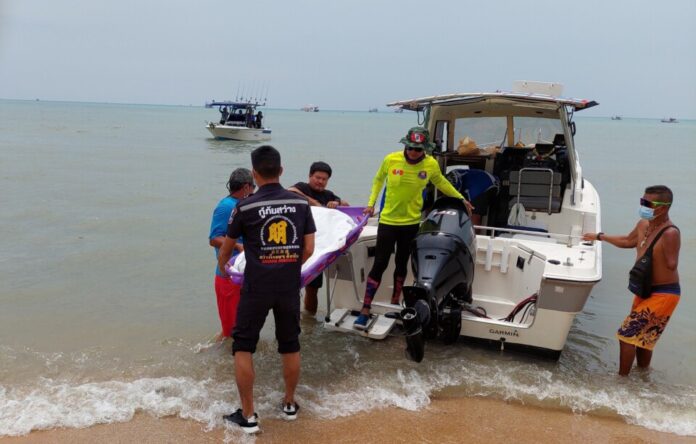 The body of a missing fishing crew member was discovered about 18 nautical miles away from the Lin island of Sattahip district, Chonburi, this morning, May 9th.

Officials from the Sattahip Police Station arrived at the scene after being alerted by a local resident that a dead body was seen floating near the coast of the Bang Saray sub-district, where a fisherman’s squid boat was reportedly sunk during the early hours of last Thursday, May 6th.

In the incident, two of four fishermen, Thanathep Mingmechai, 52, the captain, and Thanakorn Pangpali, 17, were safely rescued on the same day while one of their colleagues, Peerayut Sornjai, 31, was found dead on the following day. 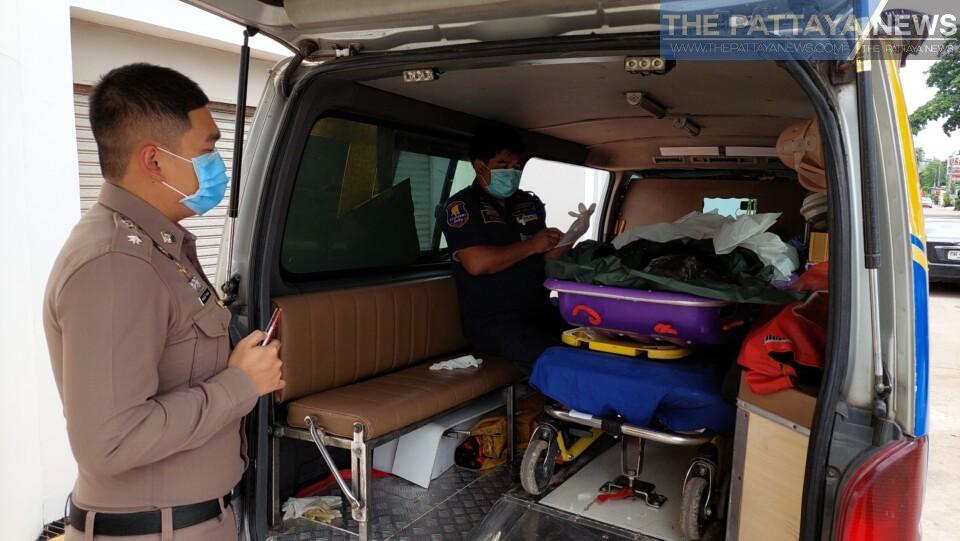 According to survivor Thanathep, the tragic accident occurred around 3:00 AM. early Thursday morning after they unexpectedly encountered the heavy storm, causing the vessel to capsize. Thanakorn and Thanathep survived as they used empty fuel and water barrels to support themselves until help arrived.

The last missing crew member on the boat, Somsak Sri Teeraprasert, 60, was discovered and confirmed deceased at 11:00 AM. today. His body was recovered and taken for a ritual ceremony. You can see more about the original incident below: