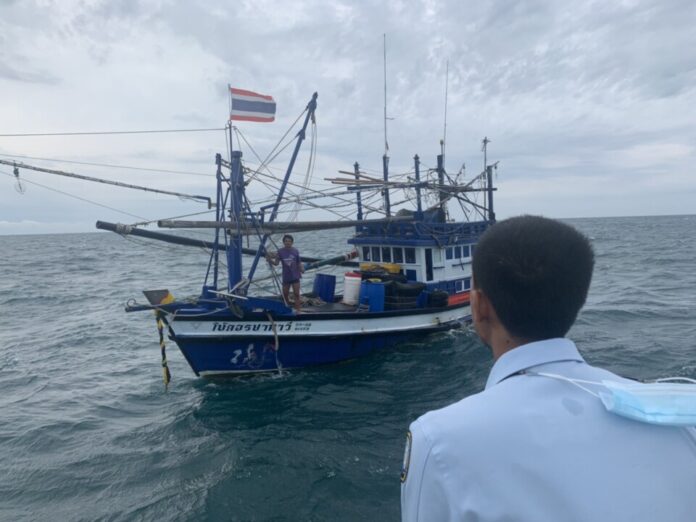 A storm capsized a local fishing boat near Pattaya yesterday morning (May 6th).  Two boat crew members have survived. Another two crewmembers are still missing in the sea and the search continues for them.

The Royal Thai Navy was notified of the incident yesterday in the early morning near Pai Island off Nongprue.

A boat captain, whose name was not given, and a boat crew member only named to the press as Mr. Champ was rescued by a local fishing boat nearby after a significant period of time in the open water hanging onto debris.

Two other boat crew members who were named to the press as Mr. Somsak Sriteeraprasert, 60, and Mr. Peerayut Sornjai, 31, are still missing in the sea about 1.6 kilometers from the land. 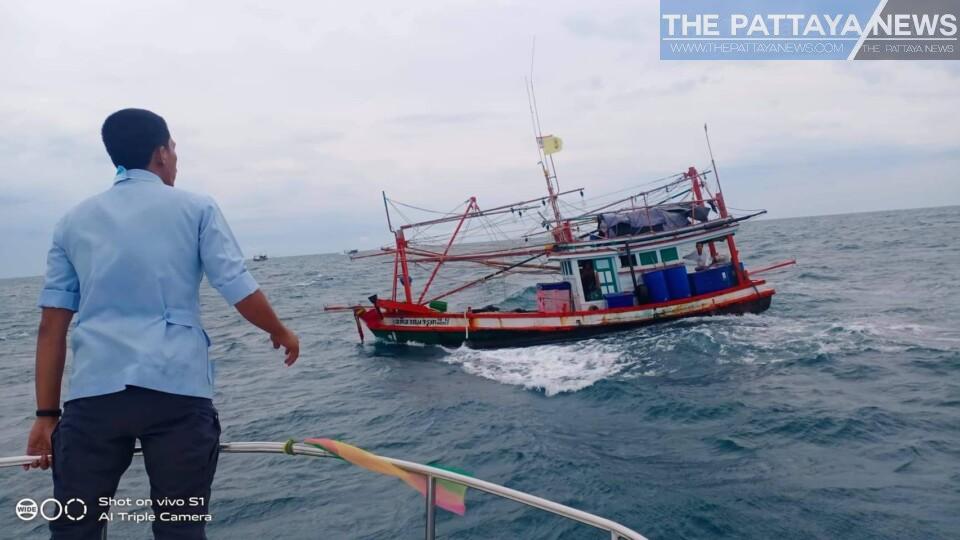 A boat captain, Mr. Tanathep Mingmeecha, who has rescued the two survivors told The Pattaya News, “There was a storm similar to a water spout before a big wave hit their boat causing the boat to capsize.”

“The two men we rescued were holding onto empty gallons of water jugs and floating in the sea, screaming for help.” Tanathep continued.

Navy officers searched for the other two missing boat crew members all day yesterday but failed. The search has continued again this morning, May 7th.

Meanwhile, yesterday the same early morning storm (May 6th) capsized a local fishing boat in Rayong as well.  One boat crew member was later found dead, one was rescued, and another is still missing in the sea as of today.

The Thai Meteorological Department has called for even more storms and rain and warned fishermen, especially overnight, on small boats to stay ashore. The past two nights have seen significant storms and high winds in the Chonburi area.

Read more about the previous story in the link below.

One dead, one missing after this morning’s heavy storms capsizes squid fishing boat in Rayong