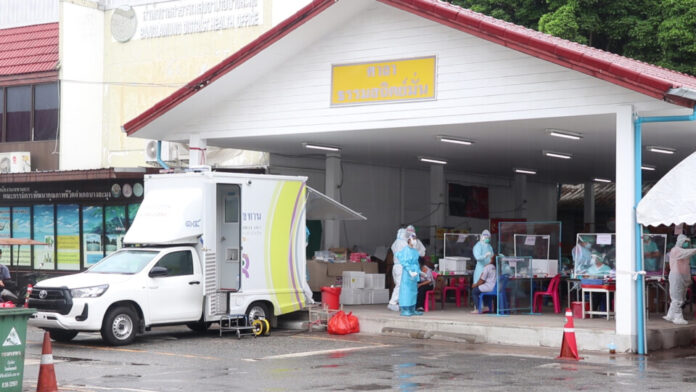 The Chonburi Department of Public Health announced 89 new and confirmed cases of Covid-19 this morning (May 7th), a slight rise from yesterday.

Additionally, 1,549 people in total have now been released from medical care and fully recovered since this current wave began. 115 were released yesterday. 3. Close contacts but timelines under investigation for 35 cases

4. In the process of investigation overall 34 cases

In the last day, a total of 122 close contacts were tested from contact tracing, and 1255 people were tested in proactive testing when medical staff goes out into the community.

All are pending results. Additionally, another 657 people were tested from Royal mobile testing vans and are also waiting for results as officials step up aggressive community testing.

The Department of Public Health in Chonburi is specifically asking people not to participate right now in any social gatherings outside of their direct, live-in family, such as drinking circles, mookata gatherings (Thai BBQ), parties, religious gatherings, social functions, etc.

Finally, checkpoints with document requirements have been canceled in Chonburi BUT people are still being “requested” not to travel or leave the province but no longer need to go through a manual documentation process to get permission to leave which could put them and officials at risk of getting Covid-19.