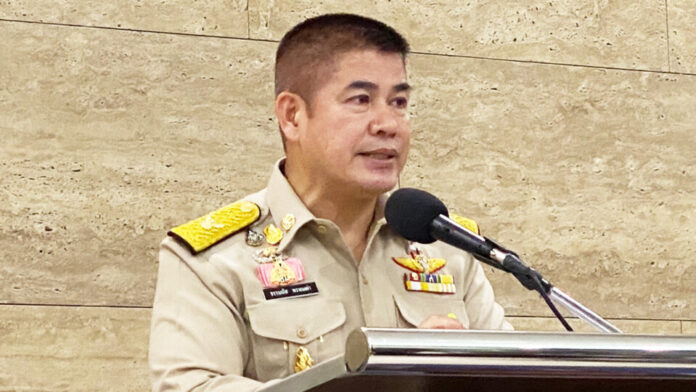 The Criminal Court ruled today, May 5th, in favor of Deputy Agricultural Minister Thammanat Prompao, stating that his conviction of an Australian drug case does not disqualify him as a Deputy Minister in Thailand.

In 1993, Thammanat reportedly admitted to conspiring to import a quantity of heroin to Australia in November of that year, an Australian judge sentenced Thammanat to six years in jail in 1994 and deported him from Australia after being imprisoned for four years in Sydney. Thammanat has since disputed some aspects of this case and claimed he was misled by others, among other claims attempting to downplay the case. His claims in return were disputed by Australian officials and media.

The case was brought to public attention during a censure debate in February last year. However, Thammanat denied all allegations, reasoning that the amount of heroin that Australian authorities discovered was flour and he was a low-level person and misled by others, attempting to claim he was a victim.

The allegation was put into Thai Criminal Court consideration by members of oppositional parties, asking the court to rule if the Australian courts’ conviction would disqualify him as a politician.

However, the Criminal court did not find to disqualify him for his positions. According to today’s court verdict, his case was conducted by a foreign court, therefore, the conviction has no effect on his positions in Thailand. He, therefore, remained his standing as MP of Palang Pracharath Party and the Deputy Agricultural Minister.

The reaction on social media, especially by the opposition and his critics, was swift and negative. Thammanat is considered a powerful and critical member of the current government overall.