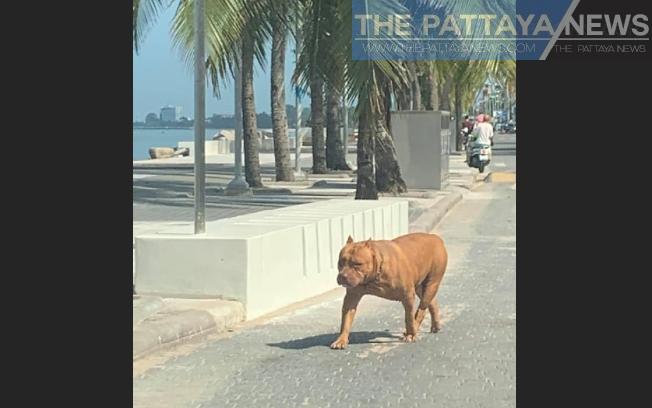 The Sane Suk Mayor has warned via social media and local news media an owner who reportedly let their two pit bulls wander unaccompanied around the Bangsaen area earlier this week.

The Sane Suk Mayor, Narongchai ‘Tui’ Khunplome said through his public relations accounts, “I have received multiple complaints from local residents they saw two pit bull dogs were walking on a street near a beach in public without their owner present. This is not the first time and after further investigation, we have determined these are not strays but appear to be allowed to wander by their owner.”

“Local residents are concerned that kids and elders might be in danger or even that the dogs could get hit by a driver, injuring both the animal and the person.” Mayor Tui continued. 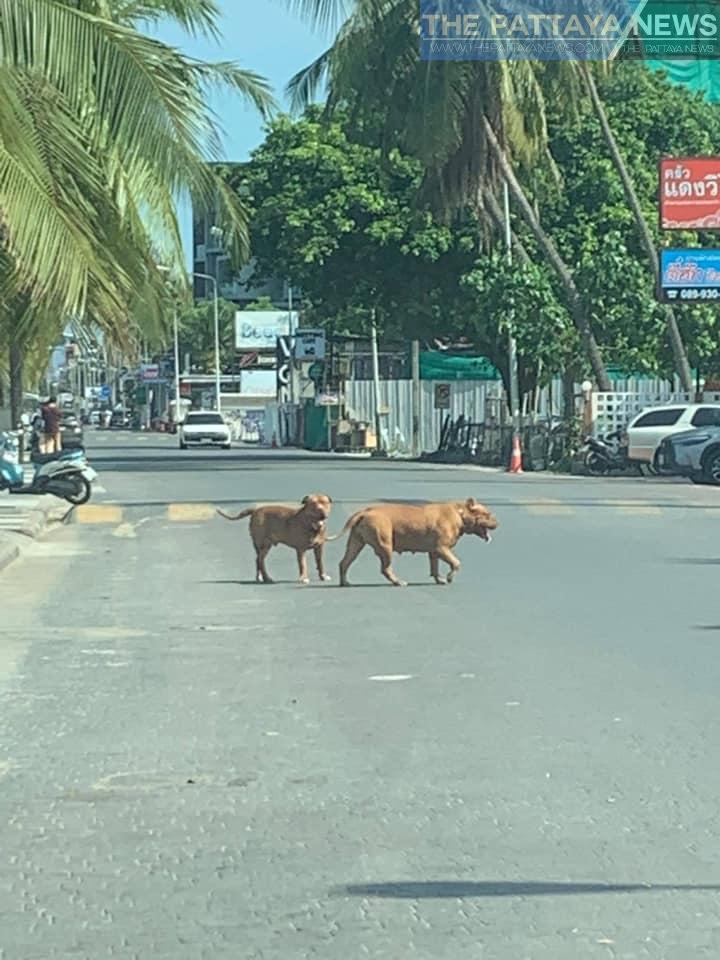 “The Sanesuk municipality law states that pets should not be in public without an owner. Owners should also clean up all waste from their pets.” Mayor Tui added.

The Mayor did not identify the owner in public by name.

The Pattaya News notes that we get multiple complaints on a regular basis about stray animals in and around the Pattaya area but have rarely heard about Sanesuk in regards to stray dogs, or animals allowed out without their owner, as opposed to Banglamung.  Since Covid-19 caused many people to leave Chonburi and some abandoned their pets while other animals moved into areas without tourists or people, the population of stray animals has greatly increased in Banglamung especially. The issue is polarizing, with many residents divided on what should be done in regards to the stray animal situation.

The general, and humane, method of control supported by most major animal rights associations, including the Soi Dog Foundation, is to spay or neuter, vaccinate and release animals back into their natural environments for multiple reasons as this prevents more aggressive dogs from moving into the territory or animals being confined to what are described as by animal rights advocates as woefully inadequate pounds. Of course, if the animal is aggressive or unfriendly, animal rights foundations support their removal from the streets.  Thailand does not, as a general practice, euthanize animals for religious and cultural reasons.

It is worth noting there were no reports of these particular dogs being aggressive or unfriendly, just that several residents were “concerned.” The original post by the Sanesuk Mayor has now had 7000+ likes and 900 comments regarding the situation, with polarized opinions on the situation.

The concern of local residents follows an owner passing away after being attacked in the Pattaya area by his pitbull last month.

Read more about the previous story in the link below.

UPDATE: Owner passes away after being attacked in Pattaya area by his pitbull yesterday