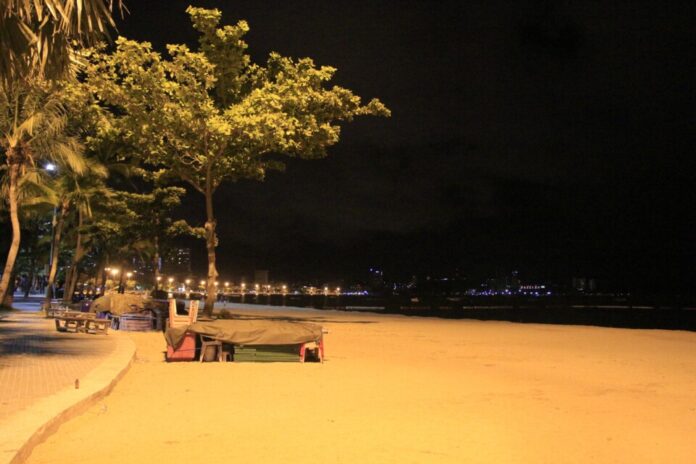 It currently feels like deja vu for many in Thailand, with many places, including Chonburi and Bangkok, under “deep red” restrictions and essentially in about the same place control measure wise that we were under last year.

That is incredibly disappointing for nearly everyone and comes from a variety of reasons but this opinion article isn’t about placing blame or pointing fingers, plenty of that is being done elsewhere on social media.

If you read our features that we release weekly highlighting the biggest stories last year, many are eerily similar to this year…closures of beaches, police banning private parties, restaurant and entertainment owners calling for financial aid, homeless populations rising, stray animals increasing, and tourist reliant Pattaya suffering for the third time in a year under closures and restrictions without, for the most part, any significant financial aid. (Although as full disclosure the Thai government is discussing just that today, however, it isn’t expected to be much similar to payouts of a few thousand baht from prior closures and many not even being qualified.)

However, this opinion also isn’t about the dire situation facing Pattaya, Thailand, or the domino effect caused by closing entertainment venues and dine-in restaurants and essentially now shutting down domestic tourism on top of foreign tourism being shut for basically fourteen months. We’ve covered that well in many other articles. It’s also not about (but important to remember) that life goes on fairly normal in ex-pat and local resident communities outside of Central Pattaya as many local residents are quick to note.

I wanted to focus on one thing I felt the Thai government did fairly well last year. It wasn’t perfect, but it was structured, done in phases (although they added an extra phase for entertainment venues), fairly well-thought-out, and although felt painfully slow to many people it seemed to work and as a result, we had six months of basically “normal life” here as a result.

That thing was last year’s exit strategy from the measures and restrictions put into place, a phase-based process with two weeks between each phase, administered centrally by the Center for Covid-19 Situation Administration, (CCSA) well communicated, and slowly brought everything back to normal. Critics will be fast to point out it was probably slower than it needed to be, similar to many critics claiming the UK roadmap is currently too slow based on their current data, but it was effective.

As previously mentioned, adding an extra phase in at the end for entertainment venues and making them wait another two weeks was painful for those business owners and employees but otherwise, the CCSA kept to their roadmap and the process went fairly well. Yes, many of the restrictions and rules around opening were silly (one person per table at many restaurants, family members could not dine together, no popcorn at the movies! etc.) but they generally relaxed over time. Perhaps, however, too much in some cases.

It’s important to note that last year the Thai government was aiming for an elimination strategy from the virus. That isn’t the case here and likely isn’t feasible anymore. Therefore, the roadmap will of course look dramatically different and will be based on the vaccine program, which should (hopefully) be kicking off in earnest next month based on statements from the CCSA.

Regardless, the one thing millions of affected people, business owners, employees, residents, potential tourists, and everyone else needs is a set roadmap and plan and not 77 separate leaders creating their own lifting of restrictions or rules. Yes, last year probably could have used the zone-specific color coding and not a universal system for all provinces but it still needed central administration and an overall road map. (Some provinces last year recorded a grand total of zero cases of Covid-19 but were kept strictly under national rules and closures. Of course, one of the biggest concerns is if some provinces are open people will travel to go to places with fewer restrictions according to the CCSA.)

The CCSA stated early this week, in a somewhat not well-covered statement, that they have essentially been given complete control of the situation by the Prime Minister (who also leads the CCSA) to control the situation, taking back a lot of the power that was originally given to governors to control the Covid-19 outbreak. This is likely preparation not only for any increase in measures and response to the current infections but also for potentially lifting measures, rules, and other processes. Governors will have the ability to make rules stricter (and boy, are some of them ever doing that right now in some provinces) but an overall road map is needed.

I’m not going to speculate on when this will end, the vaccine program, what thresholds we need to start to tick back to somewhat normality, what order restrictions should be lifted in, etc.

However, as/when the situation improves, be it from control measures, luck, or vaccines, we need a clear roadmap on the way out of this mess when that time comes. Residents, business owners, employees, landlords, and everyone else deserves at least that. Whenever that may be. Thanks for reading