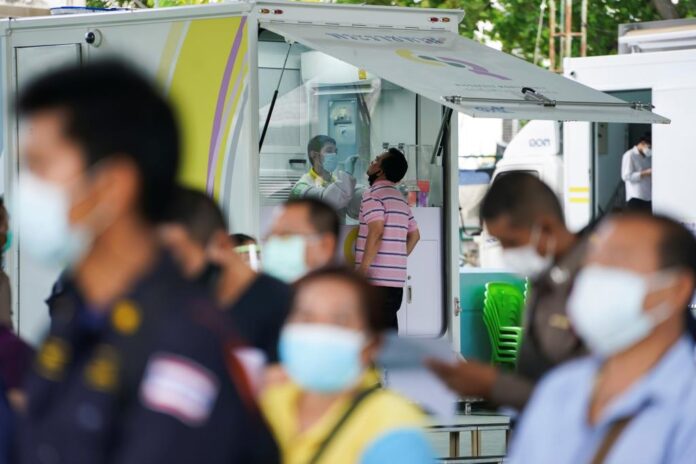 Thailand reported 1,930 domestic infections among a total of 1,940 new, confirmed Covid-19 cases with 21 additional deaths in the past 24 hours, CCSA assistant spokesperson Apisamai Srirangsan announced this morning, May 2nd.

Three of them were bedridden patients and the other three refused to expose their health conditions. 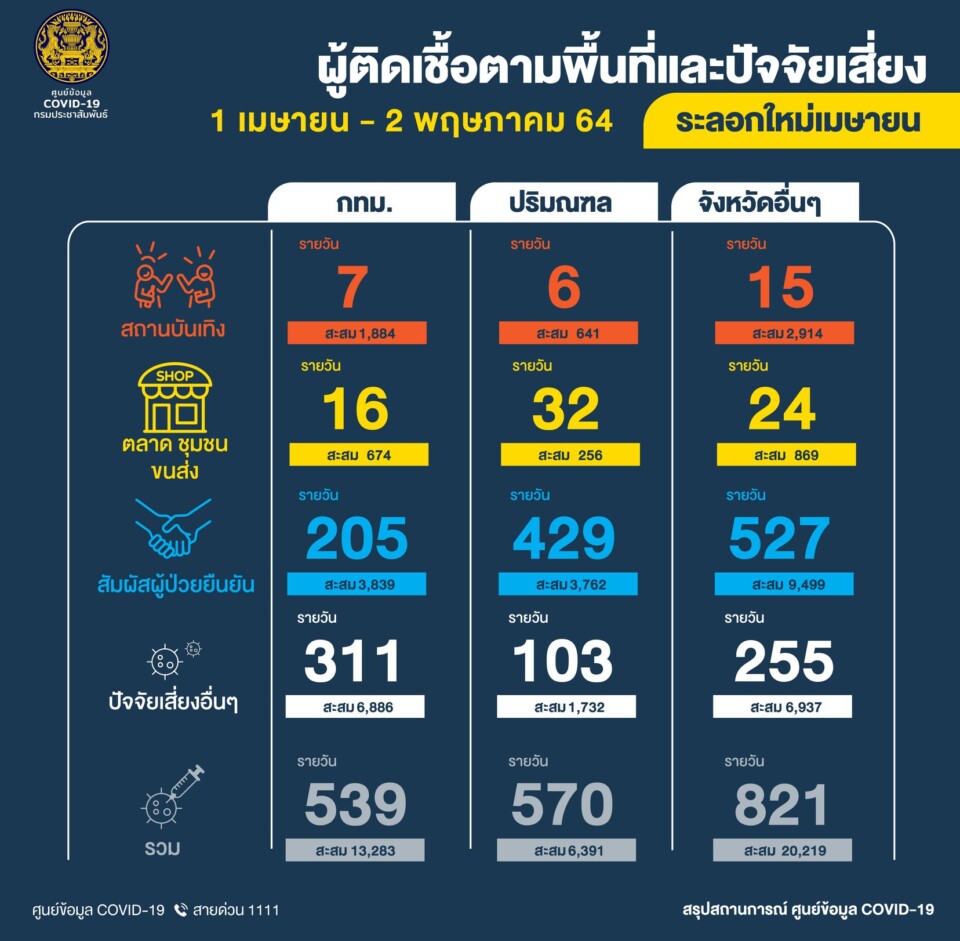 Regarding domestic infections, the first group of 539 local infections was discovered in Bangkok. Seven of them were reportedly connected to entertainment venues, 16 were from community markets and villages, 205 were from being in close contact with confirmed infected patients, and the other 311 infections were connected to other risky places.

The second group includes 570 cases that were reported in Bangkok’s vicinity. Six of them were reportedly connected to entertainment venues, 32 were from community markets and villages, 429 were from being close contact with confirmed infected patients, and the other 103 cases were connected to other risky places.

The last group includes 821 domestic infections that were found in other provinces. 15 of them were connected to entertainment venues, 24 were from community markets and villages, 527 were from being in close contact with confirmed infected patients, and 255 of them were connected to other risky places. The majority of the group was discovered in Nonthaburi with 276, followed by Samut Prakan with 145, Chonburi with 89, and Pathum Thani with 62. 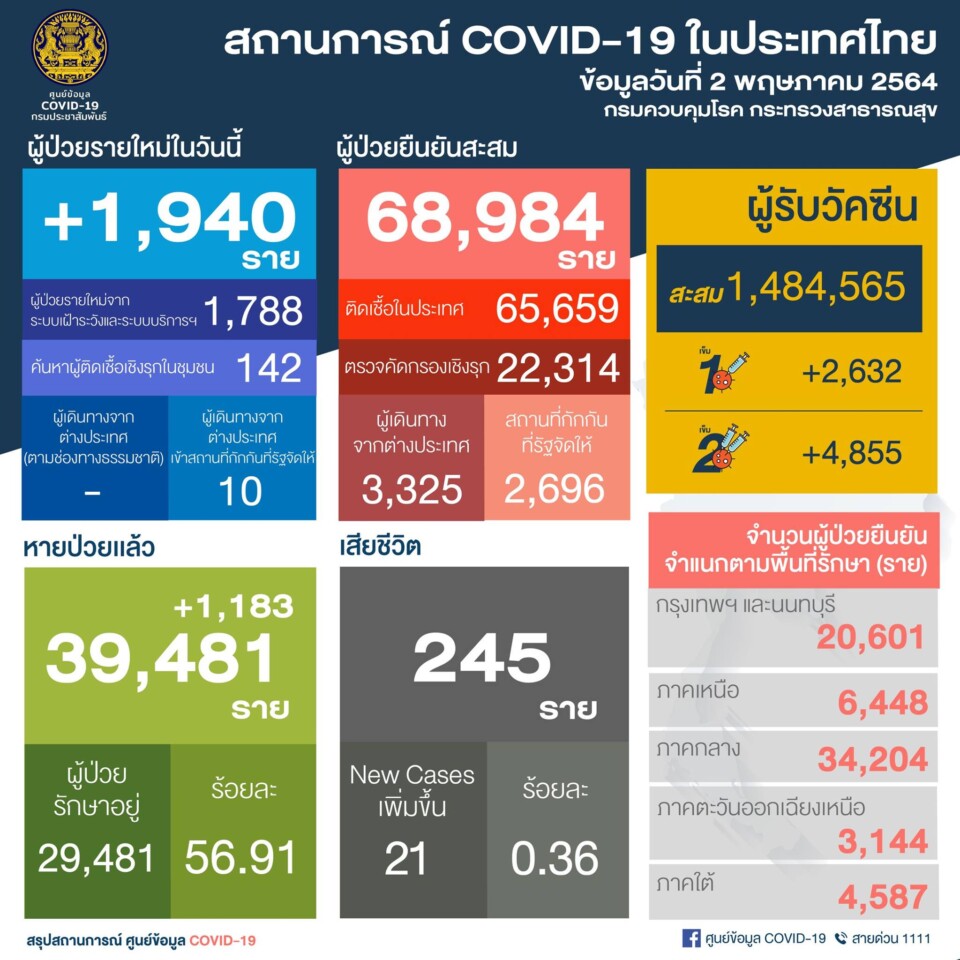 The CCSA also reported that about 143 infected patients in Bangkok are requesting to the Public Health department hotline and waiting for hospital beds at home. Six of them were reportedly in critical condition. The waiting time for a bed is about 48 hours on average, according to the spokesperson.

As of today, 1,183 people fully recovered in the past 24 hours and have been released from field hospitals and quarantine centers. Thailand has now reached a total of 68,984 cases with 39,481 recoveries and a total of 245 deaths since the start of the pandemic. About 2,632 people received their first shot of a Covid-19 vaccination and another 4,855 people received their second shot yesterday, marking a total number of 1,484,565 vaccinated people in Thailand who have received at least one dose of a vaccine.