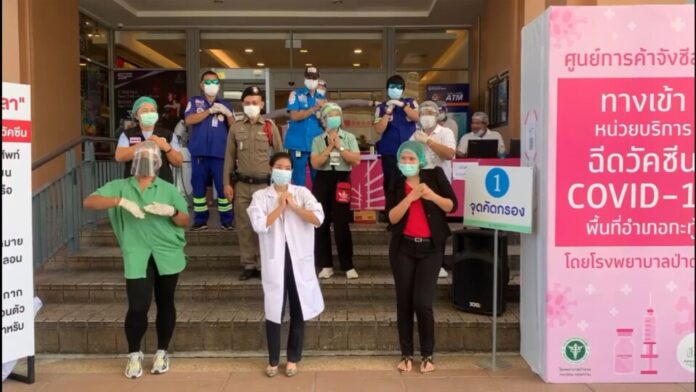 Additionally, 761 people in total have now been released from medical care and fully recovered since this current wave began. Today’s cases marked an overall increase in infections but were driven by a major increase in community testing.

The details on the two additional deaths were not given. These cases were based on approximately 2124 tests conducted in the past day, roughly double what had been being tested recently as increased community testing takes place.

In the last day, a total of 163 close contacts were being tested from contact tracing, and 1185 people were being tested in proactive testing when medical staff goes out into the community. All are pending results. Additionally another 1,108 people were tested from mobile testing vans and are also waiting for results as officials step up aggressive community testing.

Chonburi officials are asking people to continue to stay home, socially distance, and follow other Covid-19 related measures to control the situation. Chonburi officially becomes deep red according to a government zoning program based on Covid19 cases after today, which brings additional restrictions for at least two weeks such as closure of dine-in at restaurants.

Read more on this here: