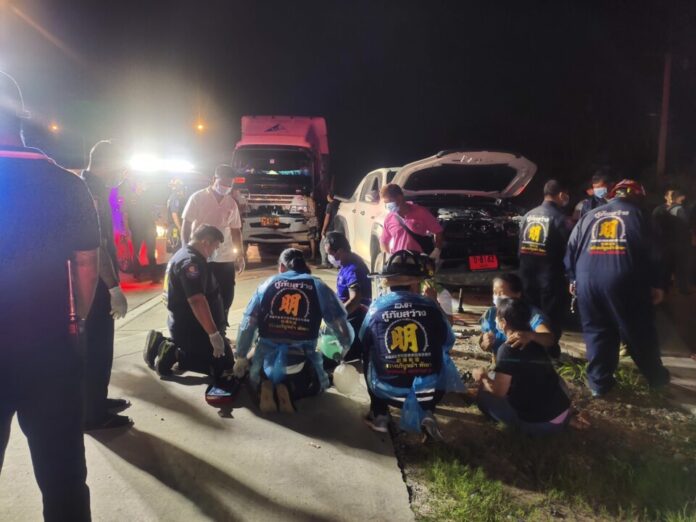 One person has died after a trailer truck whose driver fell asleep at the wheel crashed into a broken white pickup on the side of the road Monday night of this week (April 27th).

The Huayyai Police was notified of the accident at 10:30 P.M. on Road Number 36 in the Pong sub-district.

Emergency responders and The Pattaya News arrived at the scene to find the trailer truck whose driver was Mr. Paochu Waenalai, 28, had crashed into the back of a white pickup truck. Paochu was not injured.

In front of the pickup truck, emergency staff found Mr. Weerapong Poeweangkam, 35, who has sustained serious injuries. He was later pronounced dead upon arrival at a local hospital. 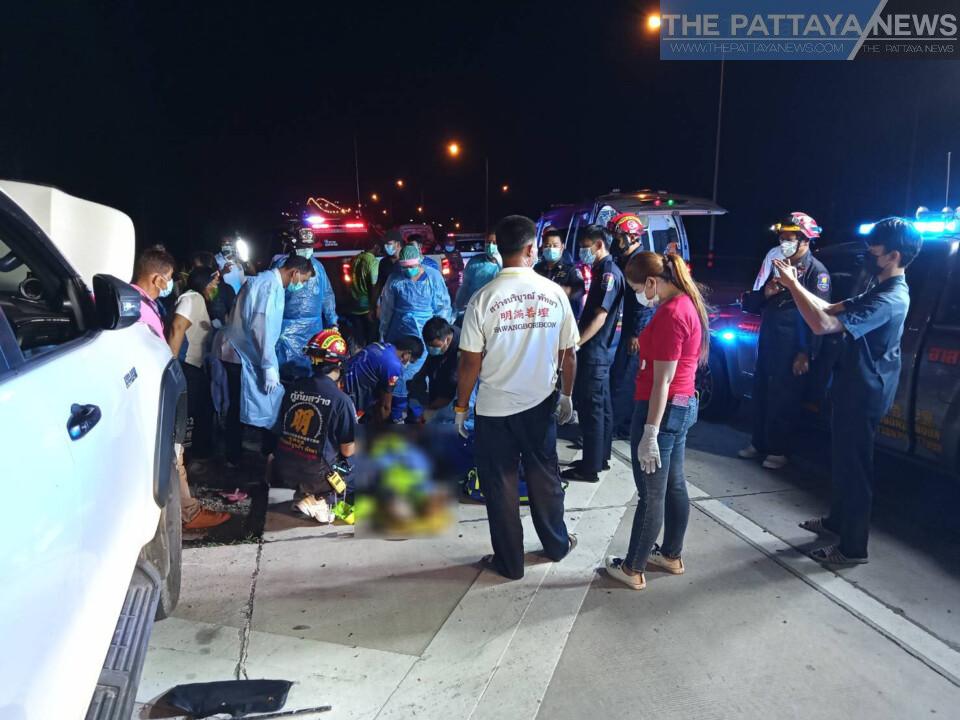 A witness, Mr. Paradorn Petluecha, 30, told The Pattaya News, “The pickup was broken and was parked on the side of the road with people attempting to fix the problem.”

“The driver, Paradorn, and a mechanic were attempting to fix the broken pickup truck. Paochu crashed into the back of the pickup truck before hitting the driver who had been standing directly next to the vehicle.” Paradorn claimed.

Paochu reportedly stated to Pattaya and Banglamung police, “I fell asleep at the wheel before the collision. However, this road is very dark and wasn’t lit well and the broken truck was also not clearly marked with emergency lights.”

Banglamung police are reviewing CCTV in the area to determine the exact sequence of events and potential legal charges.