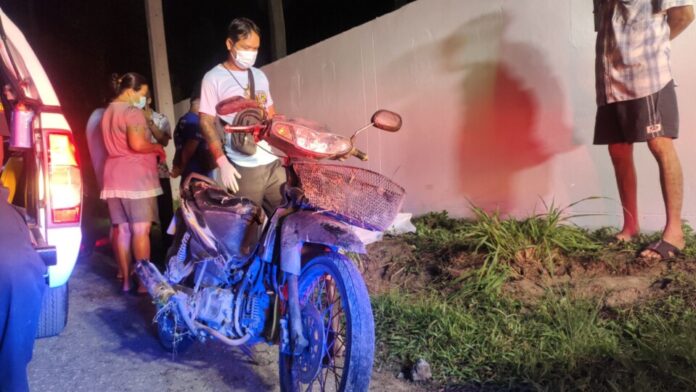 A 61-year-old driver has been pronounced dead at the scene after he crashed his motorbike into a wall in Banglamung Sunday night (April 25th).

The Banglamung Police was notified of the accident at 11:00 P.M. in Soi Na Wang 13, in the Ta Keantia sub-district.

Emergency responders and The Pattaya News arrived at the scene to find a heavily damaged motorbike and the body of Mr. Boonlert Sangsawang, 61, near a white property barrier wall. 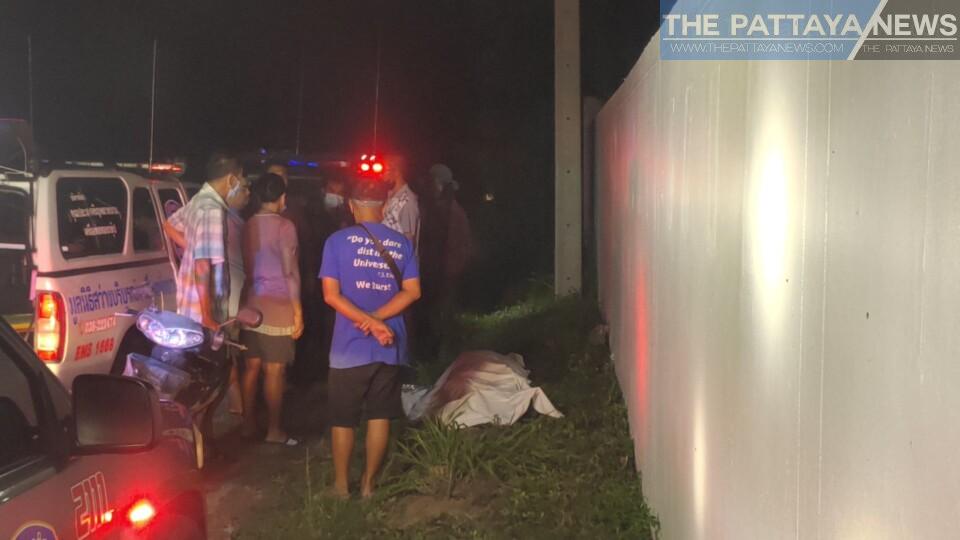 The wall showed signs of damage and scuff marks from the accident, as seen below. Banglamung police believe that the driver lost control in the incident but there were no immediate witnesses. Police also added that it appeared the victim died instantly and that speed was a factor in the crash. 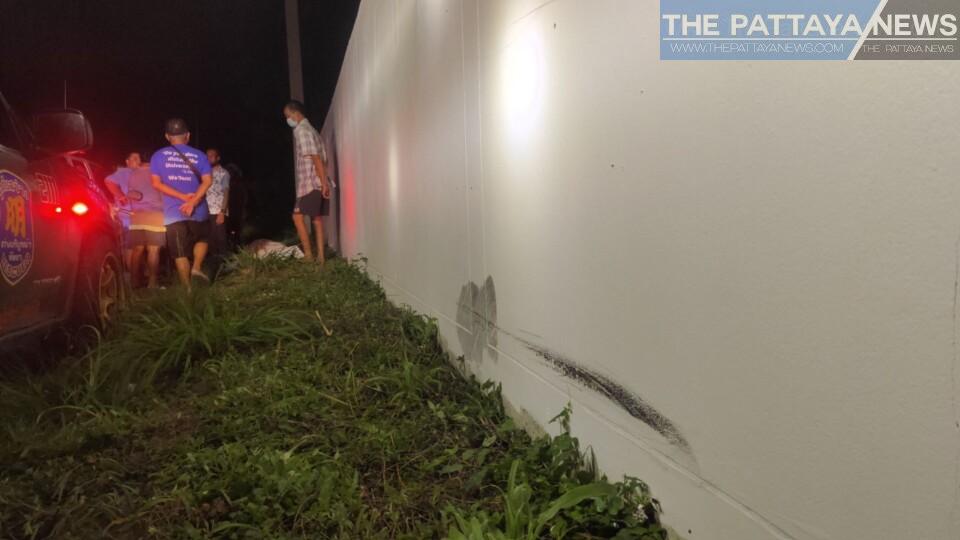 Banglamung Police added that there is CCTV in the vicinity and that they will be reviewing the footage to determine the exact sequence of events that led to the fatal accident.