Local Pattaya residents are expressing concern for what they state is a rising number of homeless residents on the streets of the city, many of them having lost their jobs and place of residence due to Covid-19 measures, restrictions, and lack of tourists.

Additionally, with hundreds of businesses shut, some permanently and some temporarily, homeless are now sleeping and living directly around, in front of, and in some cases inside of abandoned or shut venues. Pattaya City has had entertainment venues, massage shops, cinemas, etc. only shut for two weeks, along with some other places, but the true factor hurting the city currently according to Pattaya City Officials is that with the current round of Covid-19 foreign tourists without quarantine have been unable to visit for over a year and domestic tourism has plummeted to near nothing due to fear of Covid-19. This has caused the vast tourism industry of the city, which is an estimated over 80% of the local GDP, to struggle even if a business can stay open.

Hotels are once again temporarily closing and laying off staff, restaurants cannot sell alcohol and their hours have been reduced causing many to also temporarily close, and hundreds of businesses that depend on tourists like tailors, laundry, boat tours, tourist attractions, and others are either closed or struggling due to lack of tourism. In 2019, Pattaya was one of the top 20 most visited places in the world with roughly ten million foreign tourists and about 7 million domestic tourists, coming in with Phuket as the most popular non-Bangkok destination in Thailand. Covid-19, now stretching on for over a year and closing Pattaya’s famous (or infamous depending on your perspective) nightlife for the third time in twelve months.

The homeless population has always been around in Pattaya but has risen exponentially (along with the homeless animal population which has seen estimated rising numbers of hundreds of strays, especially dogs, around Pattaya, but that is a different story) and has especially risen during each round of Covid-19 measures and restrictions. Pattaya City has done different things to attempt to control the problem, some successful, some not.

The photos in this post were taken on April 25th, 2021, and only reflect a small portion of the growing homeless in the city. The problem is complex, according to Chonburi Provincial authorities who work with the homeless and run shelters, as many of those on the streets have both physical and mental illnesses or drug addictions. Indeed, some local residents have recently complained to city hall about allegedly seeing homeless people living in front of shuttered businesses openly consuming illegal drugs. They have also complained about some causing former business fronts to look poor with makeshift shelters, garbage, and other alleged violations. 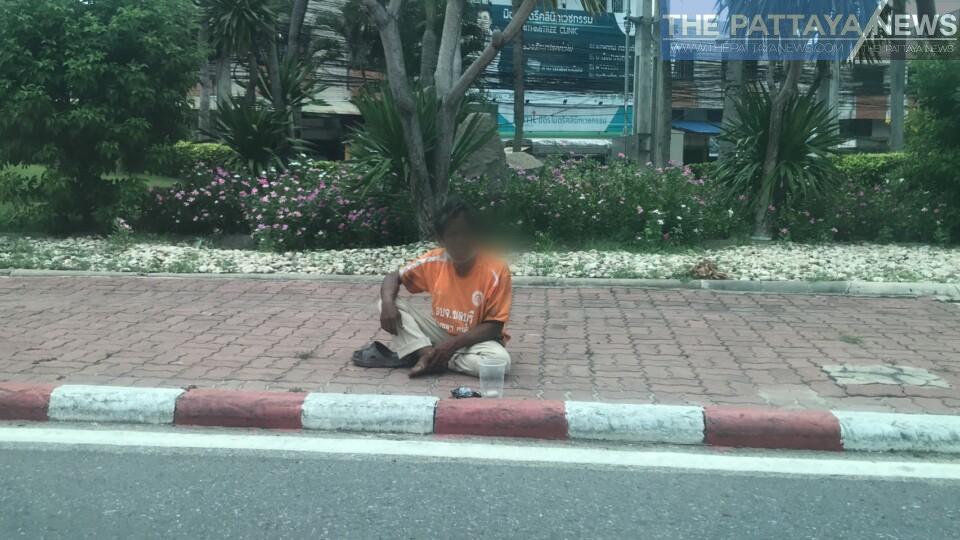 According to the Chonburi Provincial Authority, many of the homeless are also foreign nationals from Cambodia, Laos, or Myanmar who cannot return home for a variety of reasons including unrest in their own countries or border closures due to Covid-19. Many worked in the service or hospitality industry but lost their jobs and are now unable to leave. Sending them home is often not an option, especially for Myanmar nationals. The homeless who are Thai nationals often don’t want to leave to their home province as finding food and begging is still much easier in Pattaya than in a remote province.

Pattaya City officials stated they will continue to attempt to offer support for the local homeless as well as ensure they are not violating any laws. One thing is for sure-the longer the Covid-19 situation continues causing businesses to close and people to lose their livelihoods, the more homeless are seen on area streets.