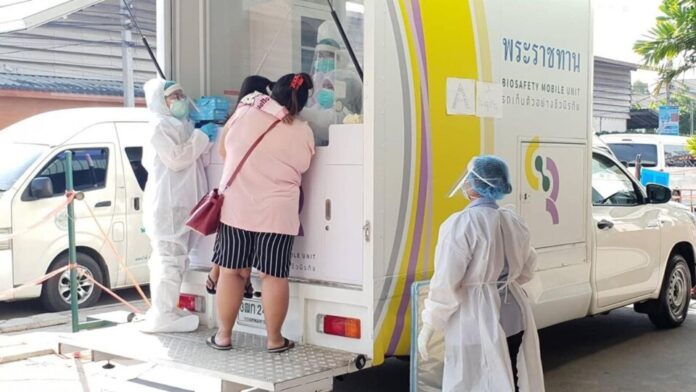 Thailand discovered 2,433 domestic infections among a total of new 2,438 confirmed Covid-19 cases with 11 additional deaths in the past 24 hours, CCSA spokesperson Taweesilp Visanuyothin announced this morning, April 25th, which is a significant drop from yesterday’s cases of over 2,800. 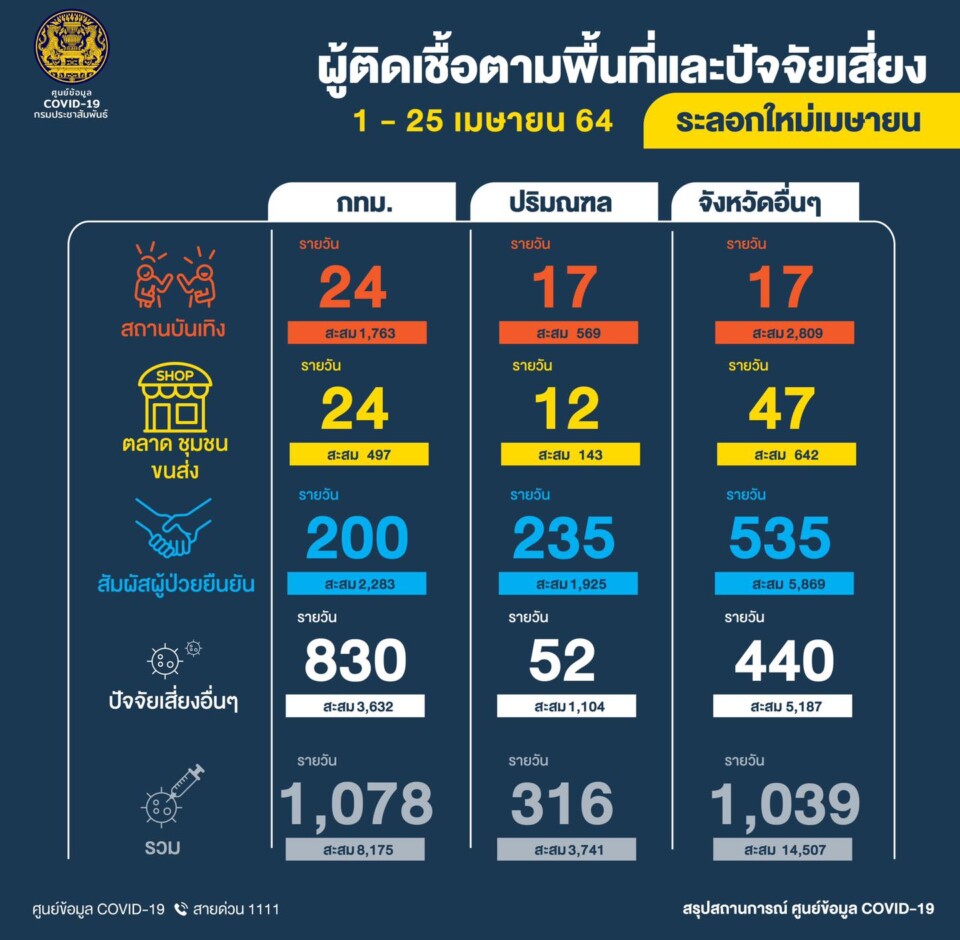 Regarding domestic infections, the first group of 1,078 local infections was discovered in Bangkok. 24 of them were reportedly connected to entertainment venues, 24 were from community markets and villages, 200 were from being in close contact with confirmed infected patients, and the other 830 infections were connected to other risky places.

The second group includes 316 cases that were reported in Bangkok’s vicinity. 17 of them were reportedly connected to entertainment venues, 12 were from community markets and villages, 235 were from being close contact with confirmed infected patients, and the other 52 cases were connected to other risky places.

The last group includes 1,039 domestic infections that were found in other provinces. 17 of them were connected to entertainment venues, 47 were from community markets and villages, 535 were from being close contact with confirmed infected patients, and 440 of them were connected to other risky places. The majority of the group was discovered in Chiang Mai with 163 infections, followed by Nonthaburi with 115, Samut Prakan with 77, and Chonburi with 75. 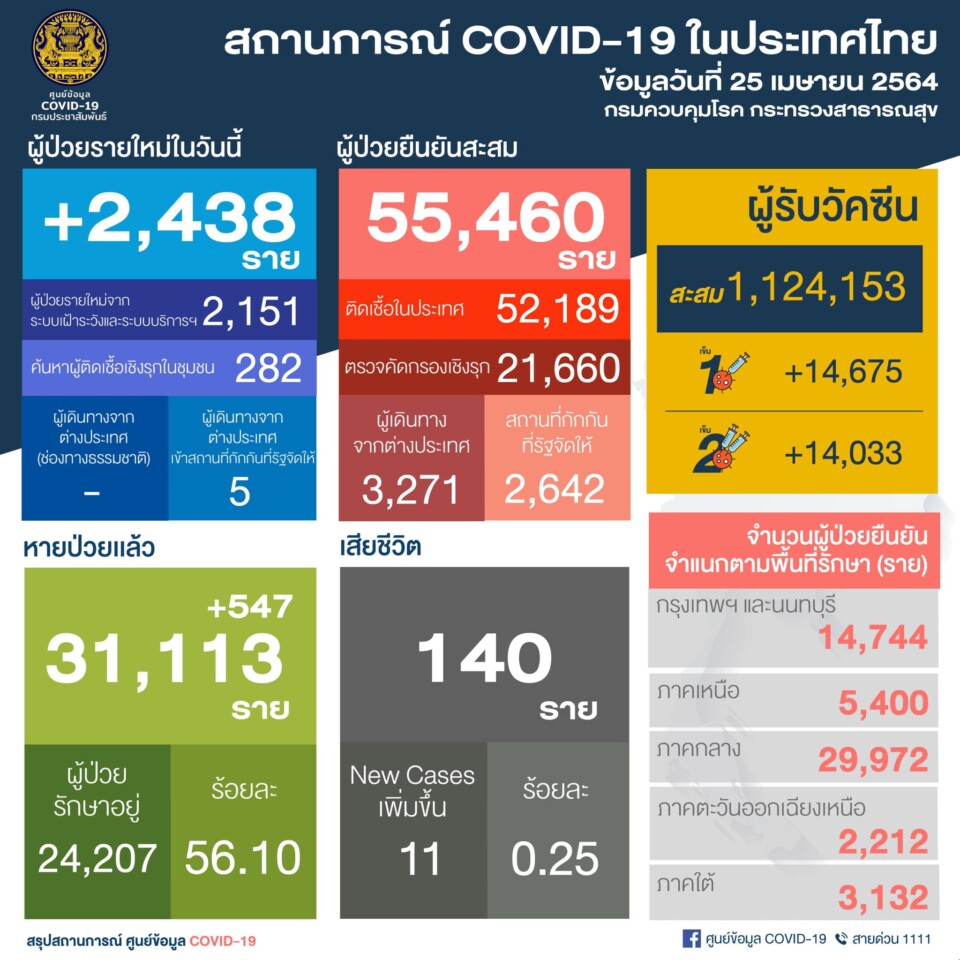 As of today, 547 people fully recovered in the past 24 hours and have been released from field hospitals and quarantine centers. Thailand has now reached a total of 55,460 cases with 31,113 recoveries and a total of 110 deaths since the start of the pandemic. About 14,675 people received their first shot of a Covid-19 vaccination and another 14,033 people received their second shot yesterday, marking a total number of 1,124,153 vaccinated people in Thailand who have received at least one dose of a vaccine.