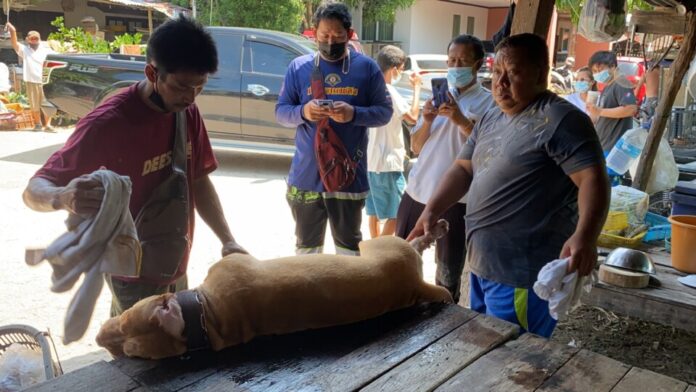 Mr. Wisit Sanguan, 56, who had sustained serious injuries after being attacked by his own pet dog, described as a pitbull yesterday (April 15th) has been pronounced dead today by doctors at a local Pattaya hospital (April 16th).

Mrs. Wanpen Kumkong, 51, who is Mr. Wisit’s wife told The Pattaya News this morning, “My husband has been pronounced dead as a result of the attack by the dog, named Giant. The dog is now being taken care of by the Chonburi pitbull club.”

Wiset had suffered severe wounds to his throat during the attack which allegedly happened while he was sleeping. It took rescue workers nearly thirty minutes to get the dog away from the injured man. Wanpen stated that she understood doctors did their best to save her husband’s life but he tragically passed away due to a loss of blood and the severity of the wounds this morning, April 16th.

The two-year-old dog remains in the custody of the Pitbull club, who stated they will be cooperating with law enforcement officials on what caused the fatal attack. The dog had been raised by Wiset since the dog was three months old, according to Wanpen. 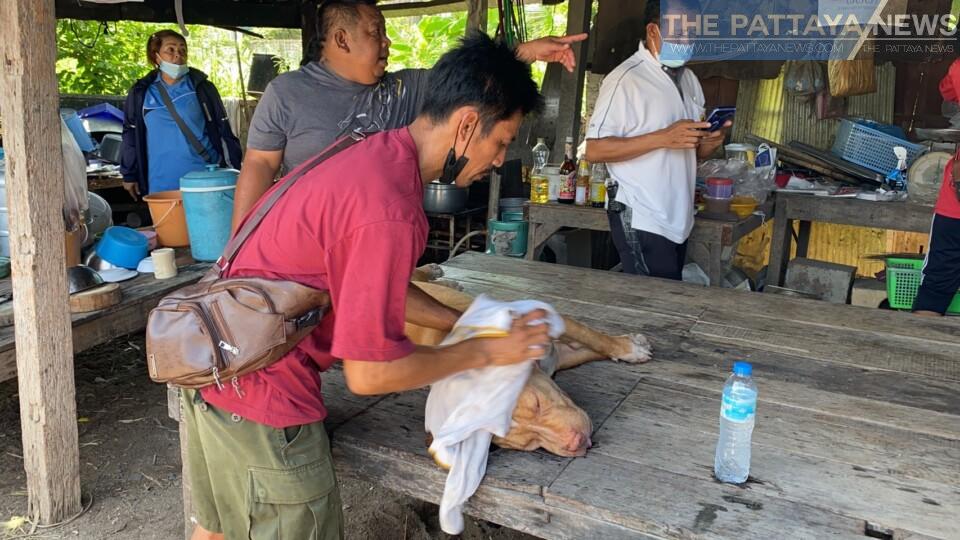