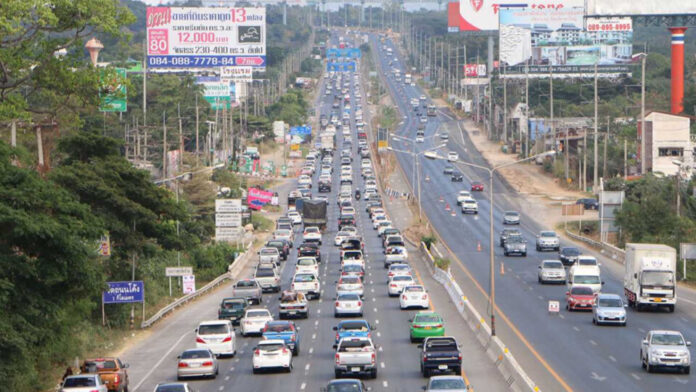 Thailand’s Ministry of Interior reported a total of 37 deaths, 328 injuries, and 330 road accidents on the fifth day of “seven dangerous days” of the Songkran holiday period, with its record on April 14th.

According to the reports, a total of 330 accidents, 37 deaths, and 328 injuries were recorded solely on Wednesday. The most common causes of road accidents were overspeeding, accountable for 34.55 percent, followed by drunk driving with 31.52 percent of total accidents. 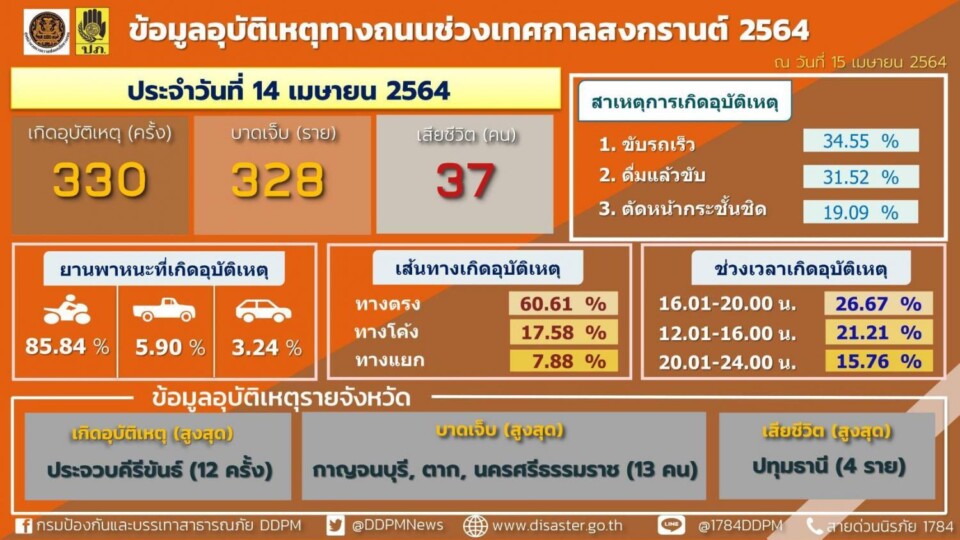 The majority of 85.84 percent of accidents significantly involved motorcycles. Most of the accidents occurred on straight routes, accountable for 60.61 percent of total accidents. About 38.18 percent of them were recorded in the community villages while 37.27 percent were on national highways.

The most frequent time of accidents occurred between 16.01 – 20.00 hrs., accountable for 26.67 percent. The age of injuries and fatalities were mostly between 30 and 39 years old, accountable for 17.81 percent of all accidents reported yesterday. 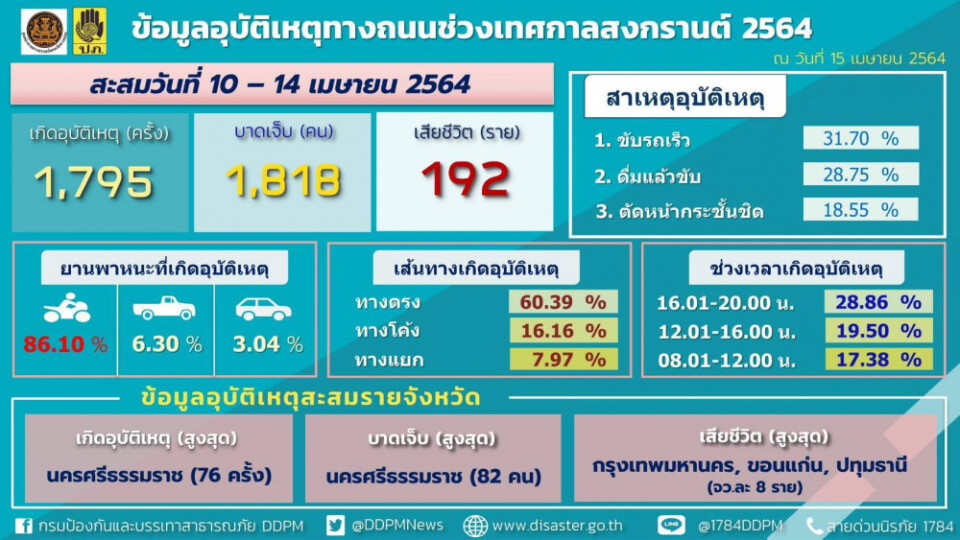 Boontham Lertsukhikasem, Director-General of Department of Disaster Prevention and Mitigation (DDPM), also added that the secondary road and roads that connect between provinces have high road accident statistics, mostly due to drunk driving. The data also showed that motorcycle drivers had the most accidents.

Therefore, the DDPM has advised and ordered related departments in coordinated areas to survey the risky areas with high injury and mortality rates from today until the end of the campaign as the majority of people have started to travel back to work.