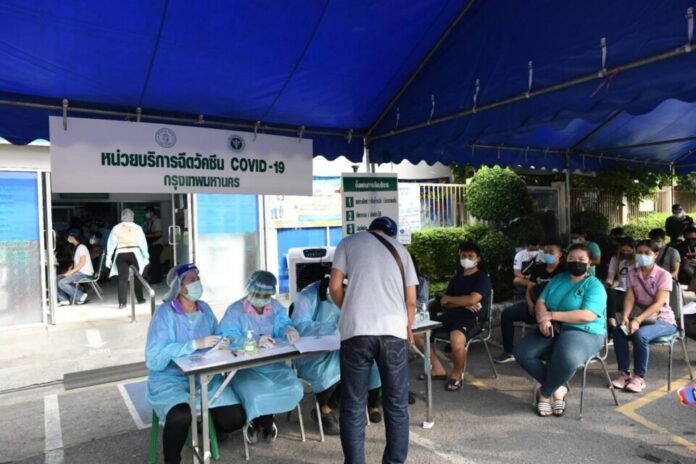 Thailand announced 1,540 domestic infections among a total of 1,543 new Covid-19 Coronavirus daily cases in the past 24 hours, the Department of Disease Control announced this morning, April 15th. The second group includes 161 cases that were reported in Bangkok’s vicinity. 55 of them were reportedly connected to entertainment venues, nine were from community places, and the other 97 cases were connected to other risky places.

Additionally, Chonburi recorded 97 new confirmed cases of the Covid-19 Coronavirus this morning. Nearly 90 percent of those who had tested positive were asymptomatic or had slight symptoms, according to authorities, stating that the current outbreaks were primarily in the young and healthy who recently visited entertainment venues. 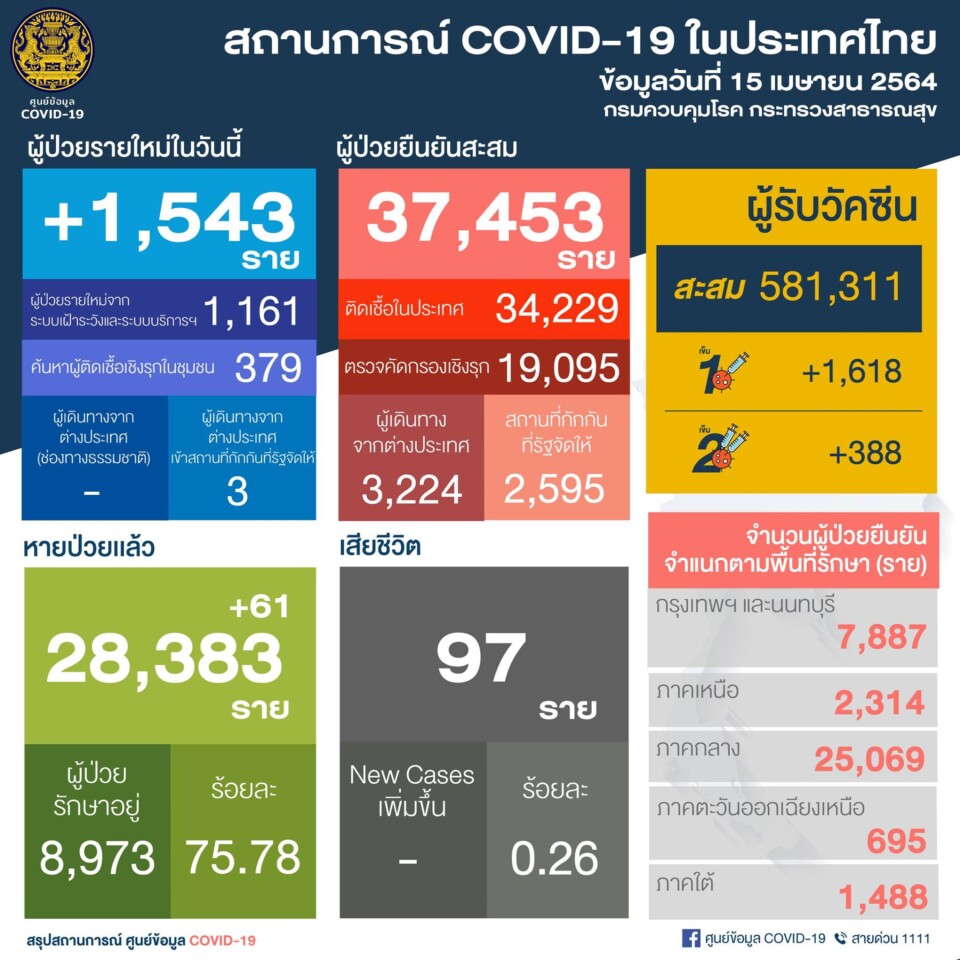 As of today, 61 people fully recovered in the past 24 hours and have been released from field hospitals and quarantine centers. Thailand has now reached a total of 37,453 cases with 28,383 recoveries and a total of 97 deaths since the start of the pandemic. About 1,618 people received their first shot of a Covid-19 vaccination and another 388 people received their second shot yesterday, marking a total number of 581,311 vaccinated people in Thailand who have received at least one dose of a vaccine.