Five passengers were killed and 12 others were seriously injured after a double-decker bus heading to Bangkok burst into flames in the Ban Haet district of Khon Kaen province at around midnight today, April 13th.

Ban Haet Investigation Police Officer Chukiat Chaiwiset revealed that the accident occurred at 12:30 AM. when a rear tire of the Bung Kan-Bangkok bus suddenly burst and caught fire while driving on the Mitrapap highway near the Nong Kham village.

The fire quickly spread to the rear engine before engulfing the entire bus, which was reportedly carrying 33 passengers on board. 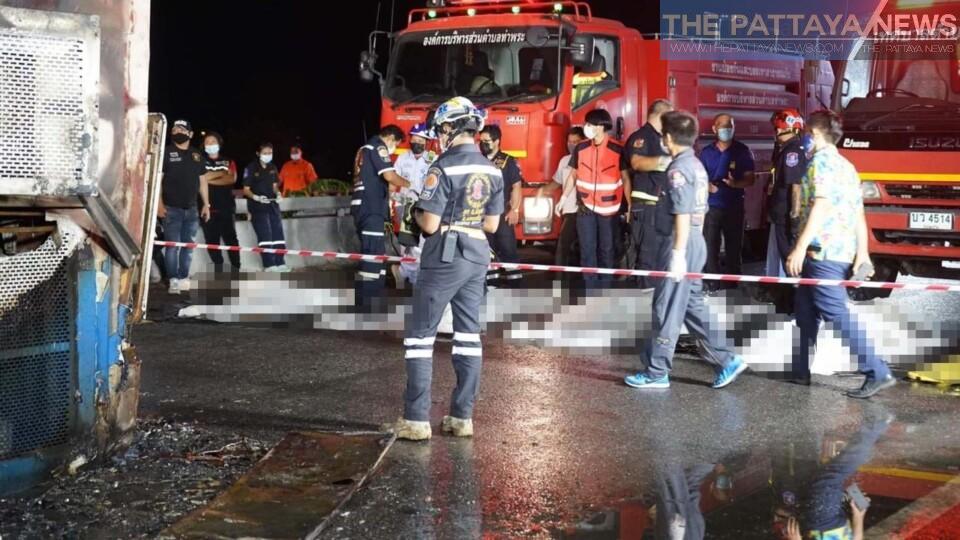 Five passengers, including two children, were burned to death while 12 others were rushed to the nearest hospitals after suffering several serious burns. Sixteen other passengers had managed to safely escape the vehicle.

According to a survivor, the bus was licensed under the 407 Pattana Company. It had departed from Bung Kan province on Monday evening for picking up passengers and stopped in Udon Thani and Khon Kaen before heading for Bangkok when the tragic accident occurred.

Local police said that an investigation was underway. Survivors, including the bus driver, would also be questioned after their treatment.