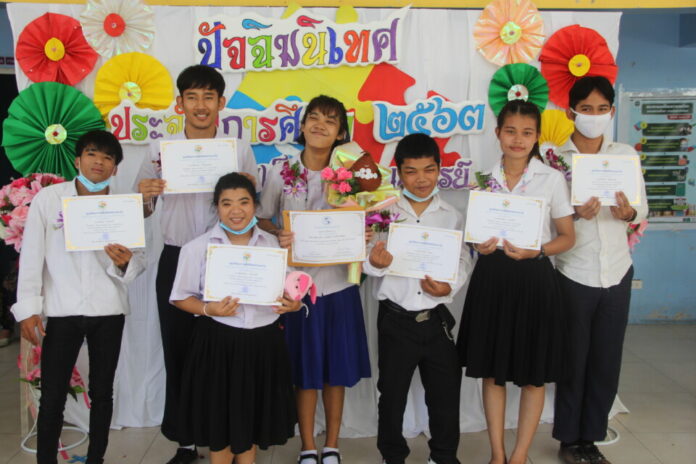 The end of the school year in Thailand was later than usual this year, due to the lockdown in January. This did not stop graduation ceremonies from taking place, and, unlike in many western countries, here in Thailand, they are not just for those completing their final year at school or from university. Toddlers leaving kindergarten, students leaving junior for high school, teenagers moving from school to college, all attend graduation ceremonies.

The Father Ray Foundation not only has a residential facility that is home to one hundred and forty-five children, but there are also several schools for children and young adults with disabilities. 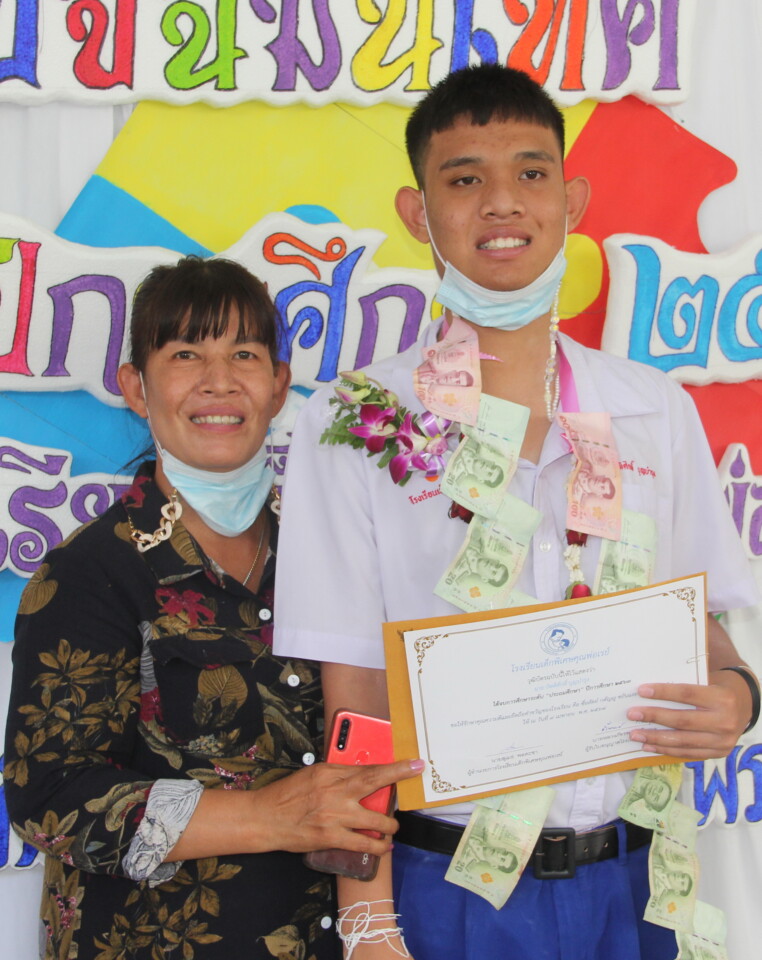 Several children from the Father Ray Children’s Village graduated; two from kindergarten, two from Grade 9, and one young man has completed his twelve years at school and will soon be off to university. Three residents also graduated from university. At the Father Ray School for Children with Special Needs, more than thirty teenagers graduated from two separate courses, all receiving their certificates from Father Peter, and under the watchful eyes of proud parents.

One group completed their regular schooling but will remain at the school, joining the vocational training courses. The other students have completed their training and many now have found employment, suitable for their ability. Seven long-term residents from the Children’s Village, who also attend the Special Needs School, have graduated. Resident at the home for many years, they all have learning disabilities, but with the right training and education, they all now have a job to go to. 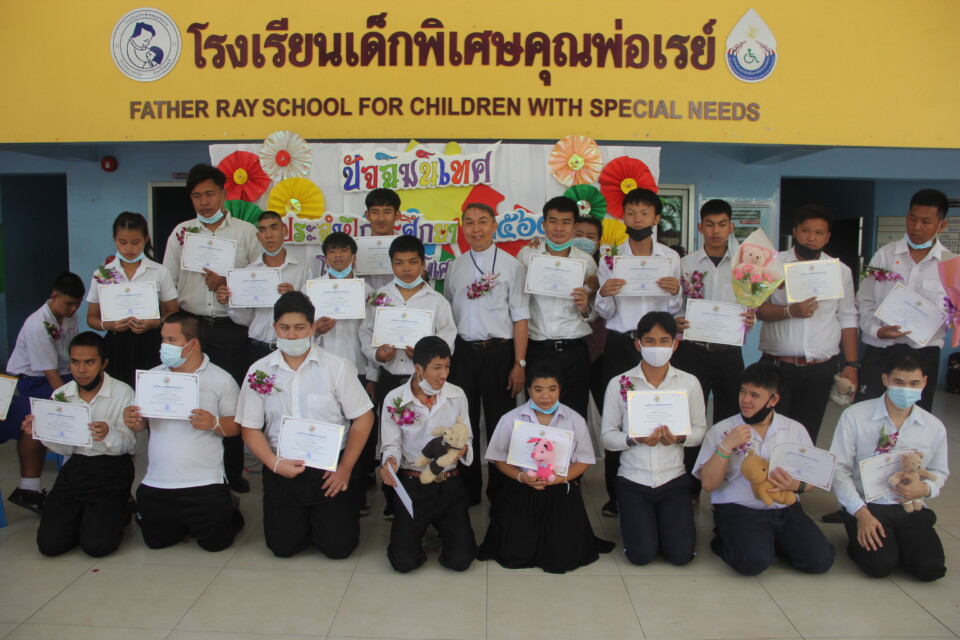 Written by: Derek Franklin, pictures supplied with courtesy from the Father Ray Foundation