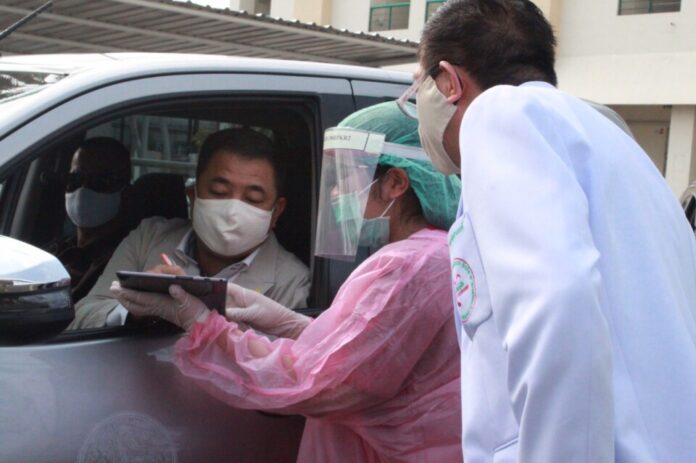 Thailand announced 964 domestic infections among a total of 967 new Covid-19 Coronavirus daily cases in the past 24 hours, the Center for Covid-19 Situation Administration (CCSA) reported this morning, April 11th. 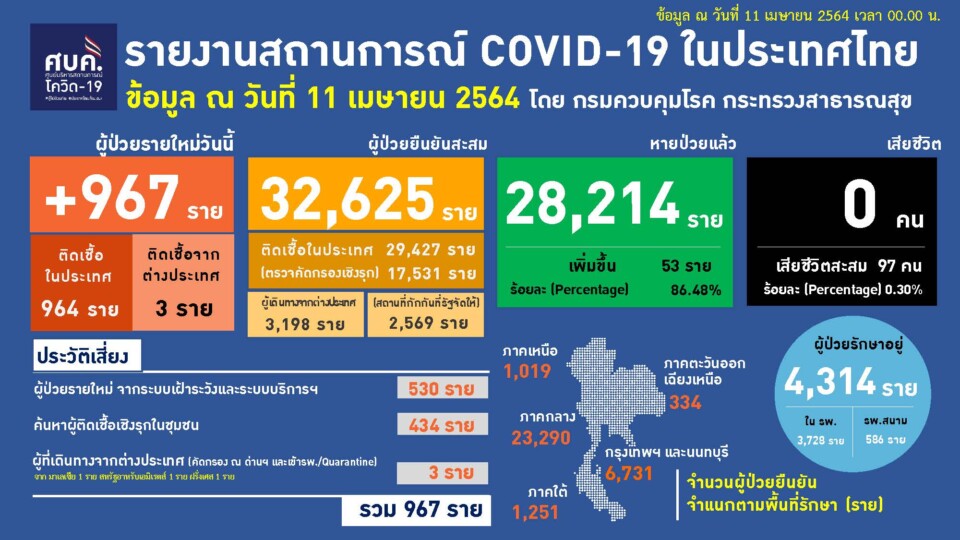 The second group includes 113 cases that were reported in Bangkok’s vicinity. 45 of them were reportedly connected to entertainment venues, one was from community markets, and 59 of them were connected to other risky places. The eight remaining infections were under disease investigation by the public health authorities. Meanwhile, Chonburi announced 149 new confirmed cases of Covid-19 Coronavirus this morning, marking the highest number of infections reported from the entertainment venues cluster in Bangkok in the past several weeks.

As of today, 53 people fully recovered in the past 24 hours and have been released from field hospitals and quarantine centers. Thailand has now reached a total of 32,625 cases with 28,214 recoveries and a total of 97 deaths since the start of the pandemic.