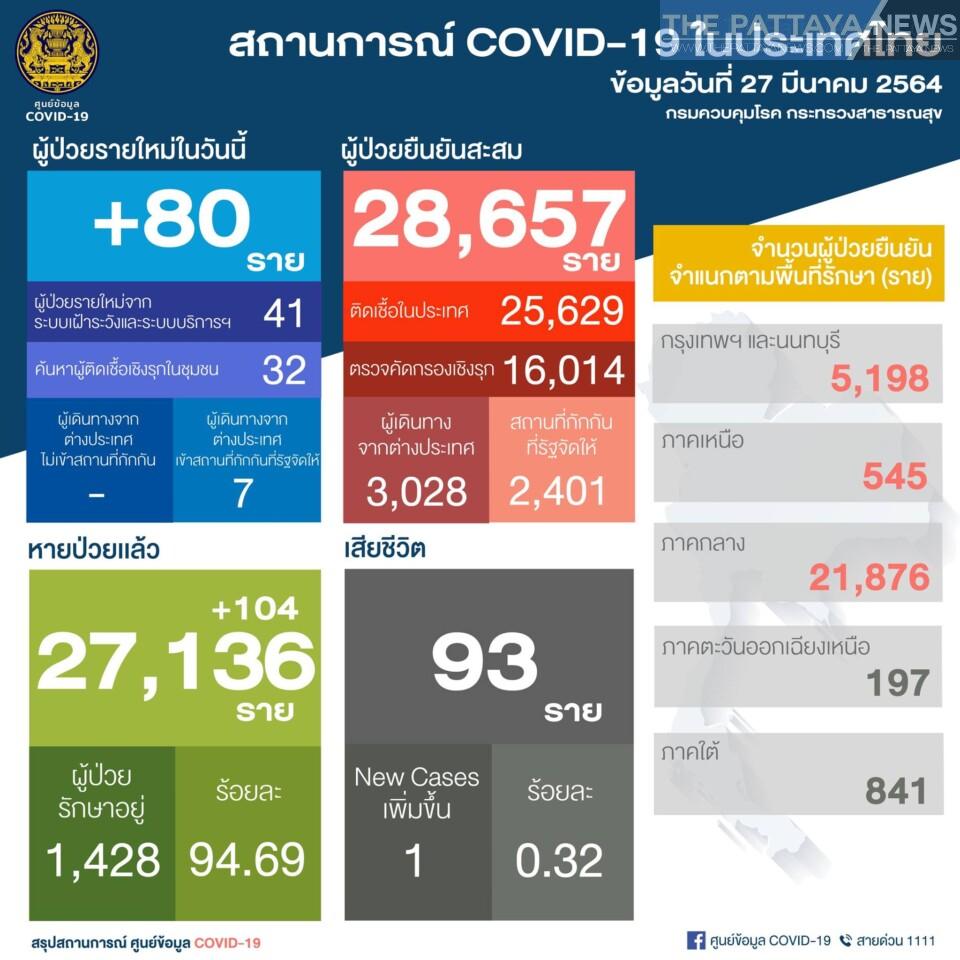 The announcement was made by the Center for Covid-19 Situation Administration (CCSA) in Bangkok.

Bangkok had the most with 52 cases, Samut Sakhon had 15 and other provinces had 6.

One death was reported which was a Thai male patient who has diabetes and lived in Nakhon Pathom. He visited the Bang Khae Market which was the epicenter of a recent cluster of infections.

On March 16th he reportedly felt exhausted and had asthma. He went to a hospital where he was found with Hyperglycemia (High sugar in blood). He was initially tested negative for Covid – 19.

On March 25th the patient became unconscious and had later been pronounced dead. At this time he was confirmed with Covid -19.