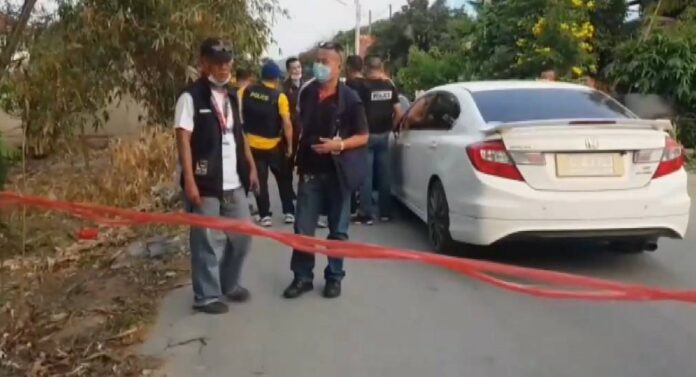 A drug suspect has sustained serious injuries from a gunshot wound after allegedly trying to fight with Chonburi police during a sting operation in Mueang Chonburi yesterday (March 25th).

The Mueang Chonburi Police were notified of the incident at 6:30 P.M. yesterday in the Nong Ree sub-district.

They and The Pattaya News arrived at the scene to find the injured drug suspect, Mr. Anuphap ‘Namlai’ Maksap, 32.

He had sustained severe injuries from a bullet wound near his ribs. He was rushed to a local hospital with a police escort.

The Mueang Chonburi Police Chief Colonel Nitat Weanpradap told The Pattaya News, “The suspect’s vehicle was found at the scene with eight bullets, a handmade handgun with one bullet loaded, and one methamphetamine pill following the arrest of the suspect.” 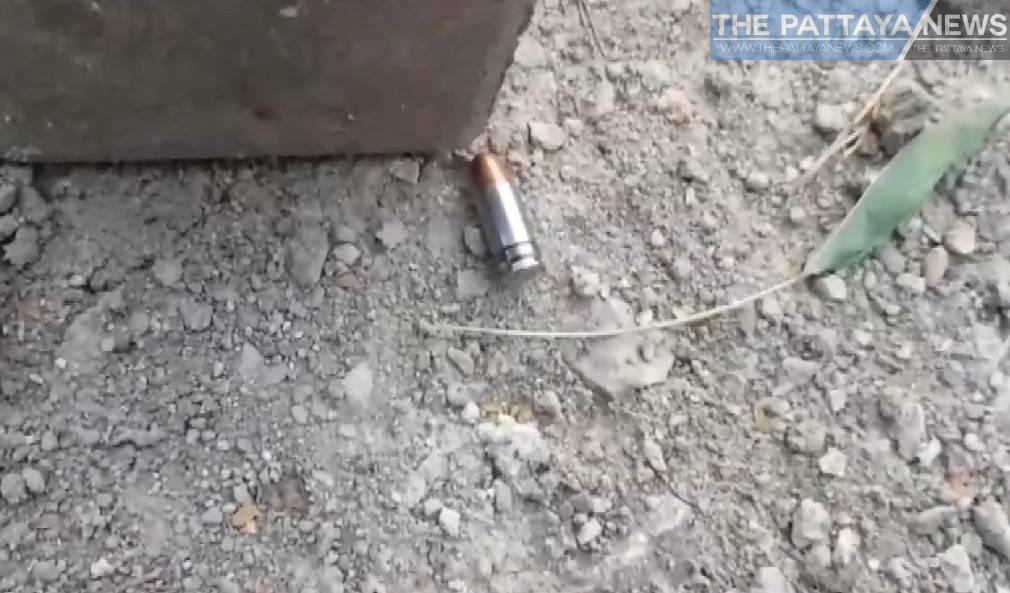 Mr. Wanchalerm reportedly told Chonburi police, “Namlai called me to pick him up, claiming he wanted to just hang out. We were blocked by police on the road at a checkpoint. Namlai ordered me to crash my vehicle into several police cars and run the checkpoint with his gun pointed at my head.”

“I refused before Namlai jumped onto the driver seat on top of me. He took over driving the car and jumped out of the car before opening fire at police.” Wanchalerm said, who has denied all charges against him and claims he is innocent. 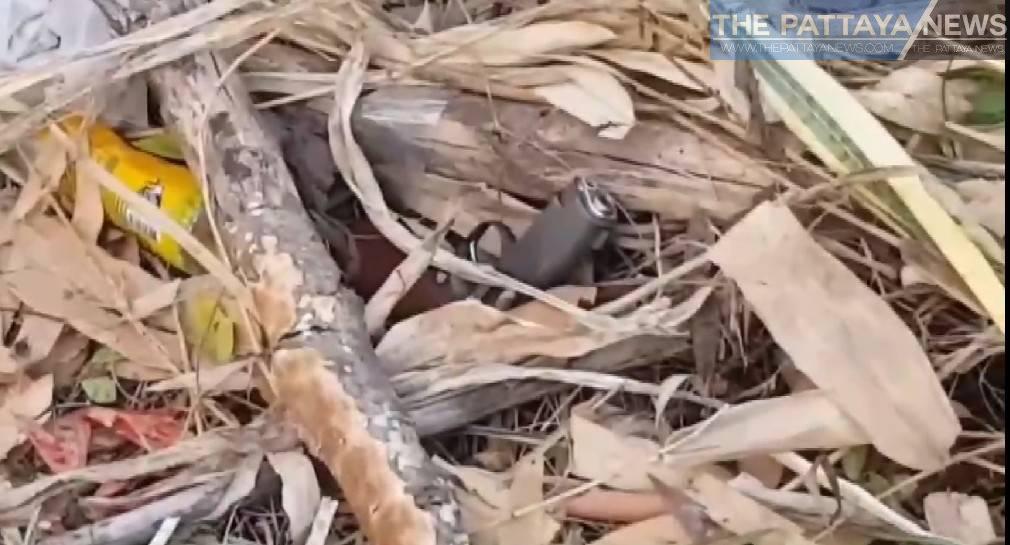 Colonel Nitat told The Pattaya News, “Police received a tip-off from a concerned citizen that a drug suspect was carrying drugs for transportation to a different province on a road in Nong Ree.”

“Police asked the suspect’s car to stop but they refused and fought back, firing several shots at officers and attempting to run the roadblock and crash into police vehicles. Police were forced to open fire to take down the suspect.” The Colonel continued.

“We were notified from a doctor at the hospital the suspect was taken to that they found 30 methamphetamine pills and a small amount of crystal methamphetamine inside the injured drug suspect’s pants.” The Colonel concluded.

The suspect has denied all allegations at this time and remains at a local hospital under police escort and guard. He is due to be charged with multiple offenses including attempted homicide of a police officer.