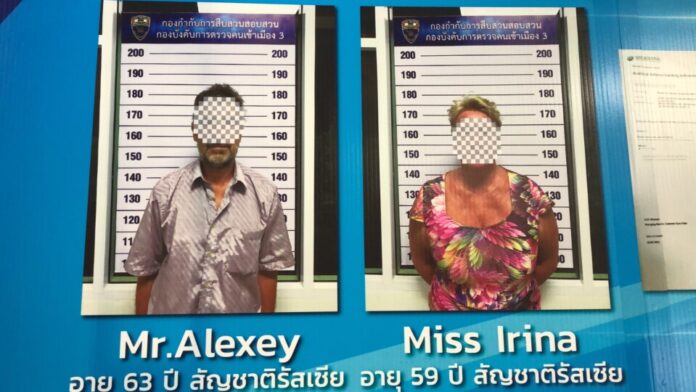 A male and female Russian national have been arrested in Pattaya over the past weekend for allegedly producing fake documents for retirement visas.

A team of police led by the director of the Combating Transnational Criminals and Illegal Immigrant Center (CTIC) based in Bangkok, General Visanut Prasartthongosot, along with the Pattaya City Police Chief Colonel Pisit Poonsap, have arrested two Russians over the past weekend who were named as Ms. Irina Prokasheva, 59 and Mr. Alexey Luptov, 63. The press conference regarding the arrests was held this morning at Pattaya City Police Station with The Pattaya News in attendance. Seized from the two were an undisclosed number of Thai banknotes, copies of passports and fake certificates from a bank in Russia.

General Visanut told The Pattaya News, “The two Russians have been producing fake documents of bank certificates and providing them to other Russian nationals through the popular Russian social media networking website ‘VK.com’. The two initially claimed they were only in the food processing industry.” 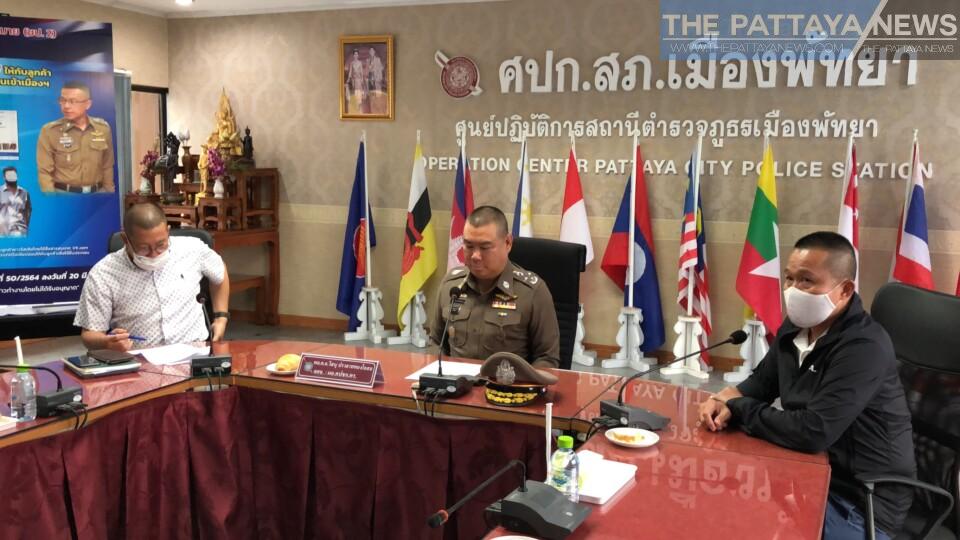 To secure a retirement visa in Thailand notes the Pattaya News, one must legally have enough funds in their bank account for a specific period of time.  According to the police press conference, the target market for the two Russian suspects were Russian nationals who did not have enough money to meet the requirements set by Thai law for retirement visas, thus causing them to make fraudulent documents. The Russian suspects were using fake bank documents from an acquaintance in Russia and supplying them to customers.

“The amount of money in the bank account by law for the retirement visa is at least 800,000 baht or 65,000 per month,” noted General Visanut

“These two Russian suspects charged their customers at least 2,000 baht for the service,” General Visanut added.

The two Russian nationals have been charged with multiple legal charges, including working without a work permit, producing fraudulent documentation, not having proper licenses to run a company, and other fines and legal charges. They are set to be processed for deportation following the conclusion of legal proceedings according to the press conference this morning. It was not made clear how long the two had been running the scheme in Pattaya or how long they had been living in Thailand.