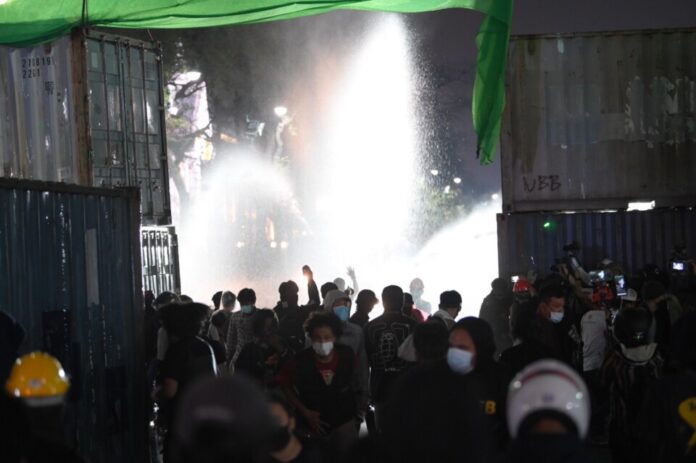 About 32 people were arrested and dozens were injured in a violent confrontation between crowd control police and protesters during a pro-democracy protest dispersal at Sanam Luang of Bangkok yesterday night, March 20th.

According to Thai Lawyers for Human Rights, 30 protesters, including minors whose ages were between 14 to 16 years old, were arrested and taken to Border Patrol Police Region 1 late last night. The other two people were reportedly a bus driver and a fare collector and were charged for reckless driving after reportedly removing a public bus from the protest area.

Rubber bullets, water cannons, and tear gas were reportedly fired at the crowd of protesters throughout the night. A reported number of 32 people, including protesters, journalists, and police, were reportedly injured before being rushed to nearby hospitals. 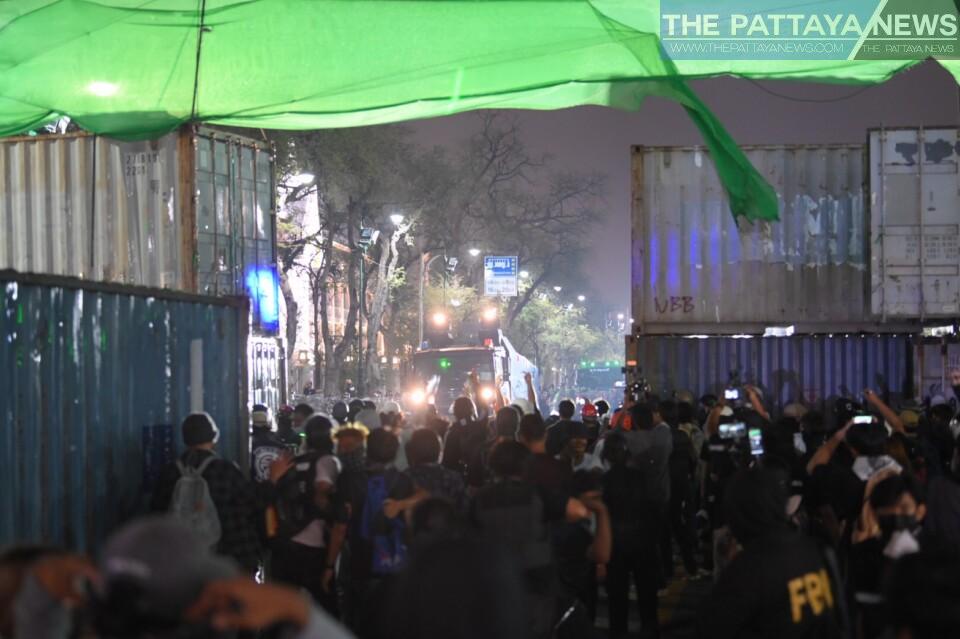 Yesterday’s leaderless protest, organized by Free YOUTH’s REDEM group, was staged at the royal field of the capital at around 5:00 PM. and was scheduled to end at 9:00 PM. A heavy line of cargo containers, water cannon trucks, and a number of riot police with gears were deployed around the protest site ahead of the gathering to maintain peace and order.

The protest remained peaceful as of 6:00 PM. despite a police announcement to call off the demonstration, reasoning that it was violating the Emergency Decree and could spread Covid-19. Some protest frontliners began taking some action by removing one cargo container blocking the road in front of the Grand Palace in an attempt to get closer to the Palace. 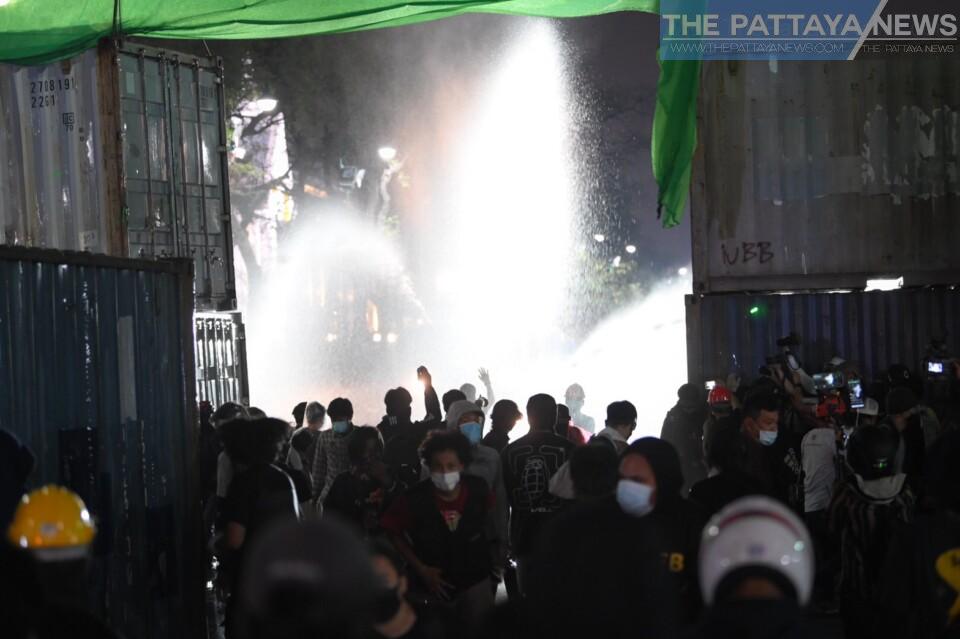 Police announced that water cannons would be used if the protesters refused to back down and continued damaging the barricades. The first shot of the high-pressure water cannons was fired at the crowd at around 7:00 PM. while the protest frontliners were removing a third block of cargo containers to attempt to make a path for protesters to approach the Palace.

More crowd control police arrived at the scene to control the situation. Tear gas was also reportedly used and a harsh confrontation began as some of the protesters refused to back down. 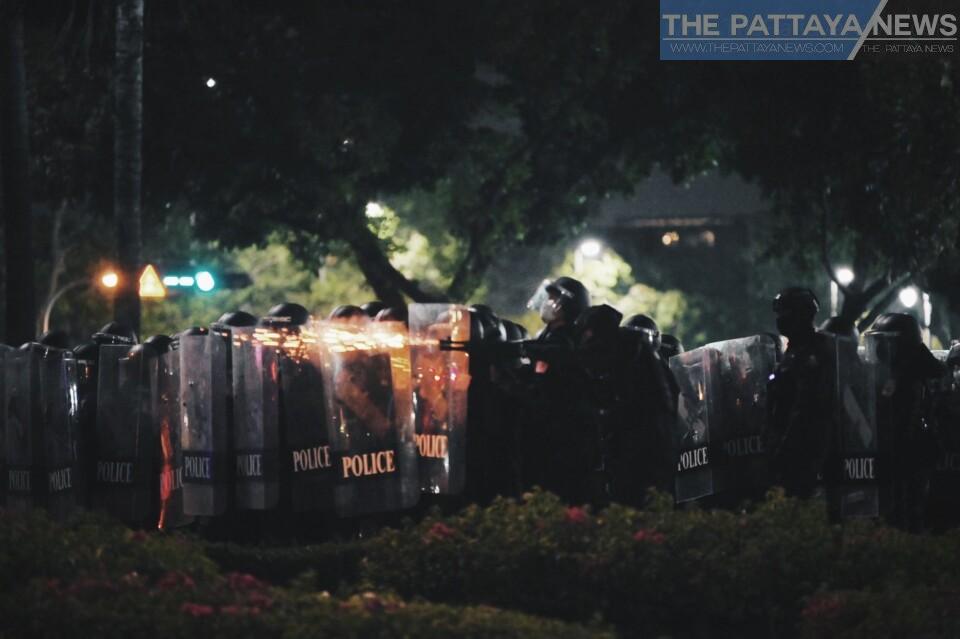 The situation became more intense as rubber bullets appeared to be fired and arrests took place against the remaining group of protesters, resulting in total chaos and minor and major physical injuries against protesters, journalists, and riot police.

Despite the fact that the protest organizers had called off the escalating protest around 7:30 P.M., a large contingent of protesters refused to leave, further increasing tension throughout the night.

The stressful confrontation continued after past midnight. As of this morning, about 32 people, 20 civilians and 12 police officers, were confirmed to be delivered for physical treatment at local hospitals.

Protesters have heavily condemned the use of crowd control equipment on protesters, including young teenagers, while law enforcement officials claim the protesters were violating the Emergency Decree and damaging the government’s property by removing the barricades.