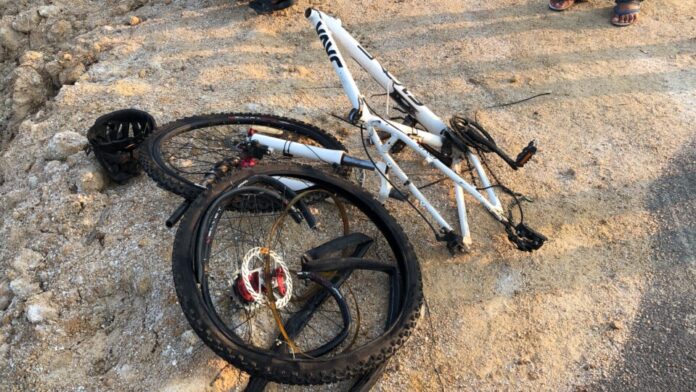 A Pattaya area pickup truck driver is facing charges of reckless driving leading to death after a bicycle rider was pronounced dead at the scene yesterday morning (February 26th) in Nongprue.

Captain Ongart Tumsut of the Nongprue Police was notified of the accident at 7:00 A.M. at a curve on Phonprapa Nimit Road near a reservoir in Nongprue. 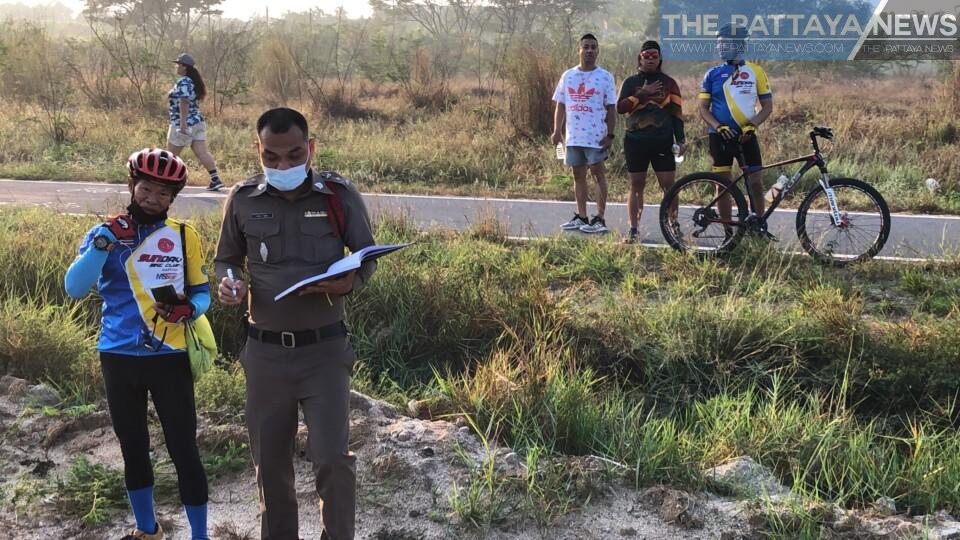 Police, emergency responders and The Pattaya News arrived at the scene to find the body of the unidentified bicycle rider aged around 40 on the side of the road. The damaged bicycle was found nearby. A bicycle helmet was found at the scene. 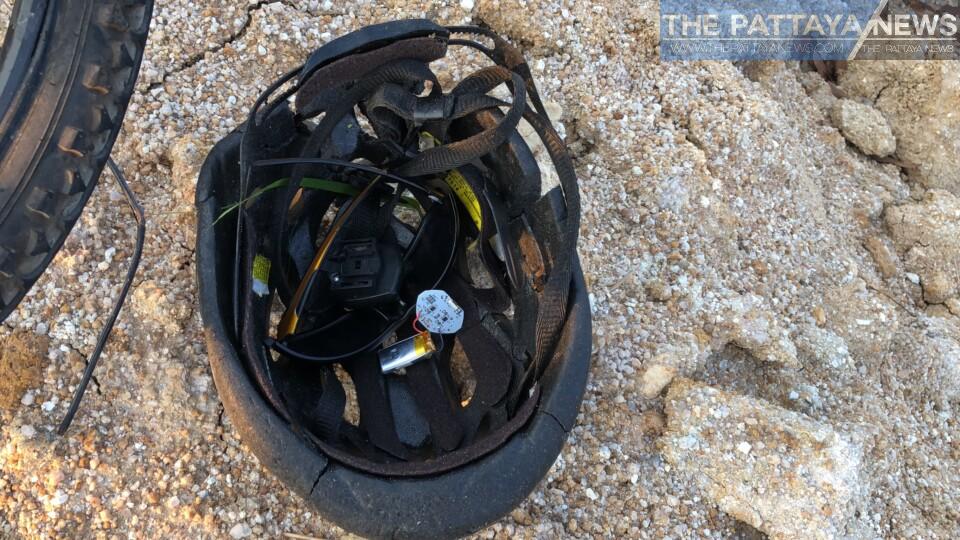 An overturned pickup truck was found on the side of the road whose intoxicated driver Mr. Kerkkiet Booncha, 35, was found dazed and confused. He was not injured. Mr. Kerkkiet reportedly told Nongprue police. “I was coming back from the Nongprue Market heading to my house in the Pong sub-district.”

“I lost control of my vehicle before crashing into the bicyclist who was riding on the side of the road.” Kerkkiet added.

An alcohol breath test was conducted on the Mr. Kerkkiet which was a reported 239 milligram percent. 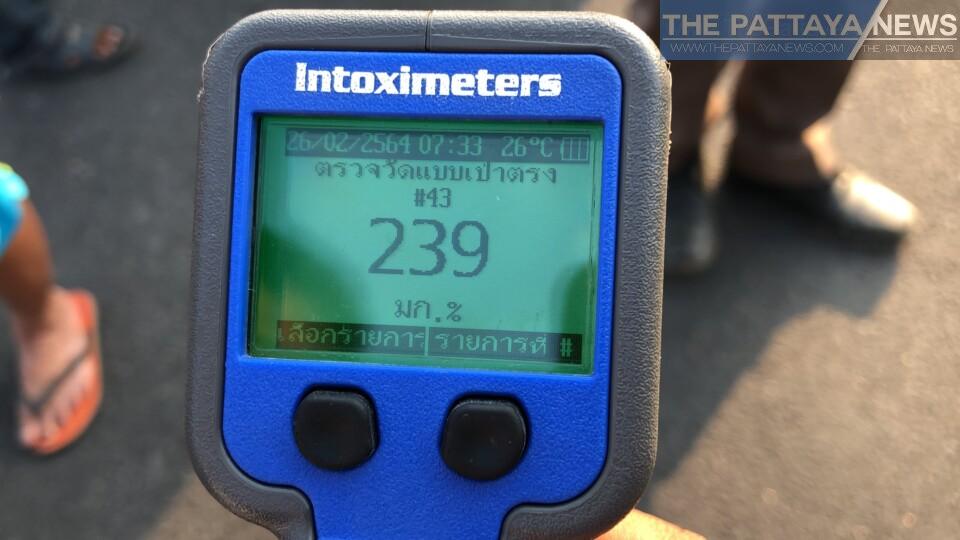 Mr. Kerkkiet was arrested and taken to the local police station following the accident. Nongprue Police have reportedly identified the victim but have not released their name to the public.