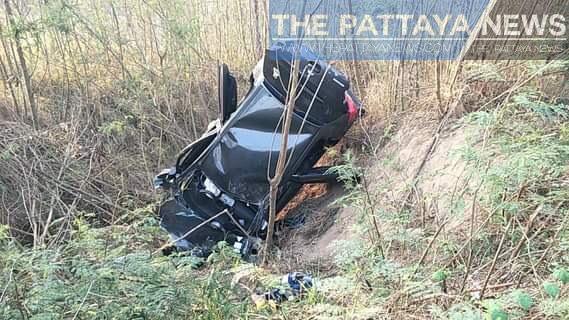 A driver who reportedly fell asleep at the wheel has been rescued after being stuck inside his vehicle in a ditch in Banglamung this morning (February 24th).

The Huayyai Police was notified of the accident at 6:00 A.M. on Road 331 in Huayyai.

Emergency responders and The Pattaya News arrived at the scene to find a heavily damaged black vehicle overturned in a dry drainage ditch. 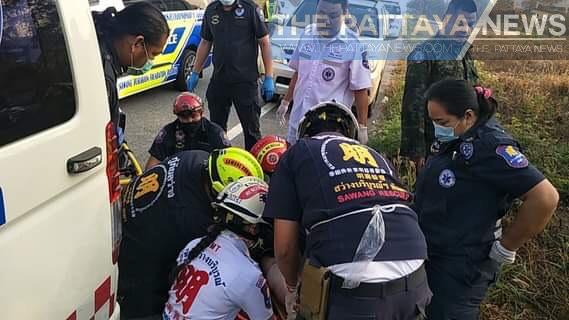 The injured driver, Mr. Nattaphon Sukmanat, 33, was stuck inside his sedan, but conscious and coherent. It took about 30 minutes for rescue workers to free him by utilizing a jaw of life.  He had broken both legs and was rushed to a local hospital for surgery. Mr. Nattaphon reportedly told rescue workers he had fallen asleep which caused the accident.

Huayyai police stated to The Pattaya News that they will be meeting with Mr. Nattaphon once he has recovered from surgery to get a formal statement regarding the accident, which had no other witnesses.