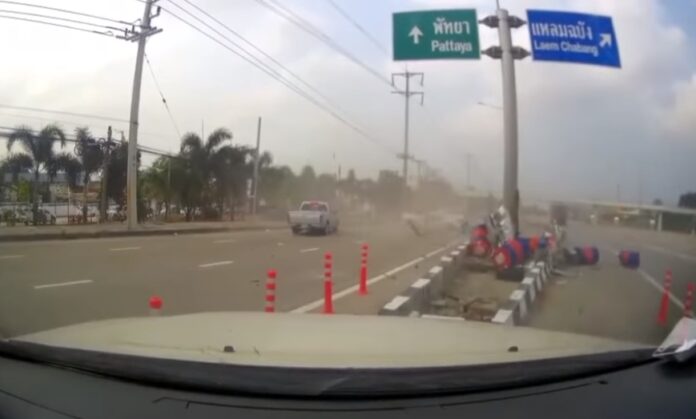 Emergency responders were notified of the accident over the past weekend on the motorway in Laem Chang, Thung Sukkhala in front of the Chonburi Department of Land Transport Office.

Emergency responders arrived at the scene to find the overturned pickup truck. Barrels full of oil were found scattered across the motorway. 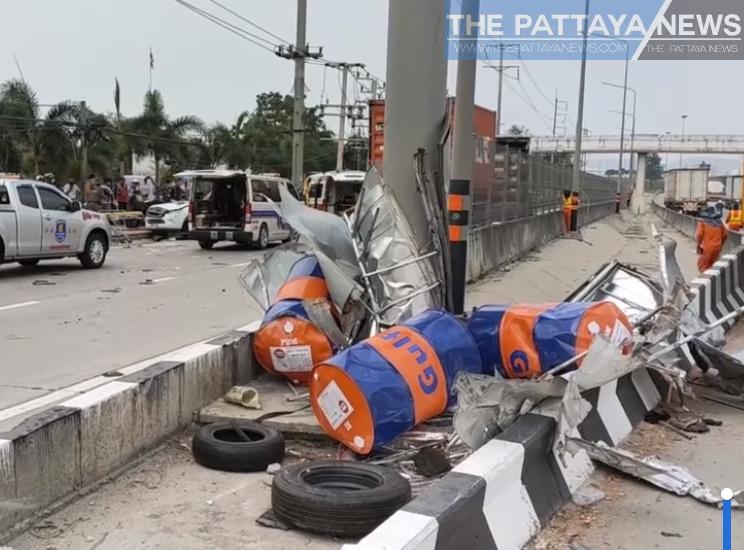 The driver of the pickup truck, whose name was not provided to The Pattaya News, was found unconscious inside the heavily damaged cab of the vehicle. He had also sustained severe head injuries. He was rushed to a local hospital for medical assistance. 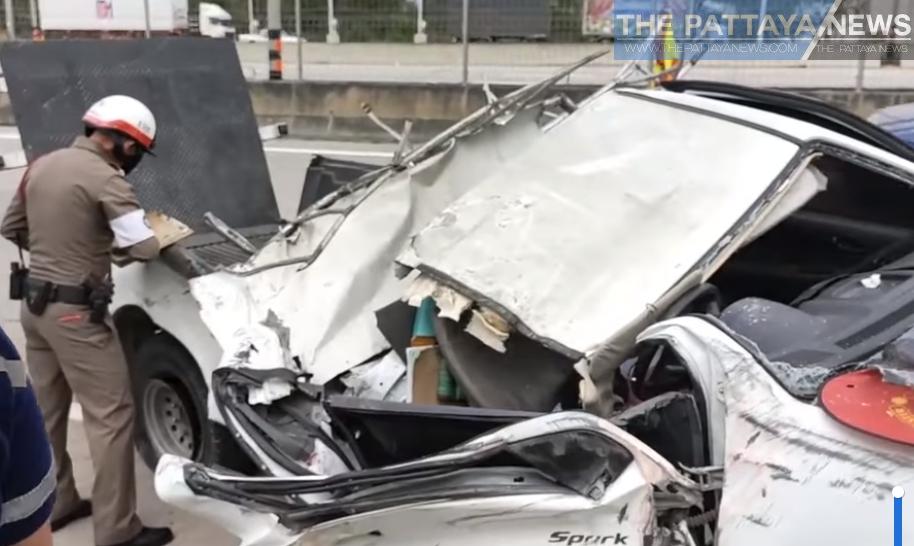 A second damaged pickup truck was also found on the road. The driver, Mr. Prasit Samranruen, 43, had sustained minor injuries.

Mr. Prasit revealed a dash cam video from his vehicle to the local press and stated, “The other pickup truck (carrying oil barrels) had lost control before crashing into a large road sign on the central reservation. I had a minor accident steering out of the way of the major collision, but was not seriously injured and luckily avoided a major problem.”

Si Racha police are reviewing the dashcam footage provided by Mr. Prasit to determine the exact sequence of events behind the accident.