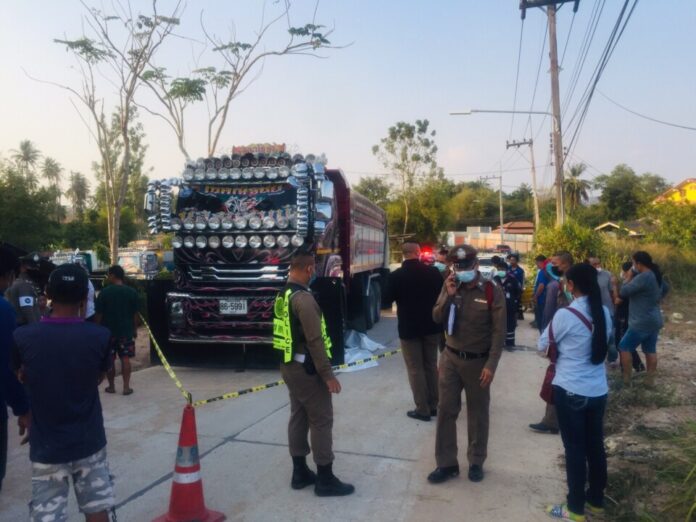 A disabled woman walking along a rural road was pronounced dead at the scene after being hit by a large truck in Banglamung yesterday afternoon (February 15th).

Major Bongkot Prasertrat of the Huay Yai Police was notified of the incident at 5:00 P.M. in Marb Kawan, of the Khao Maikaew sub-district.

Emergency responders arrived at the scene to find an 18 wheel trailer truck sitting on the road. The driver, Mr. Chatchai Thongsuk, 32, was waiting for law enforcement at the scene and was described as cooperative.

Under the truck, emergency responders found the body of Ms. Wanida Kingklai, 27, who is disabled and had difficulty walking normally or at speed. She had suffered severe injuries during the accident in which the truck driver reportedly did not see her slowly attempting to move out of the way of the vehicle. 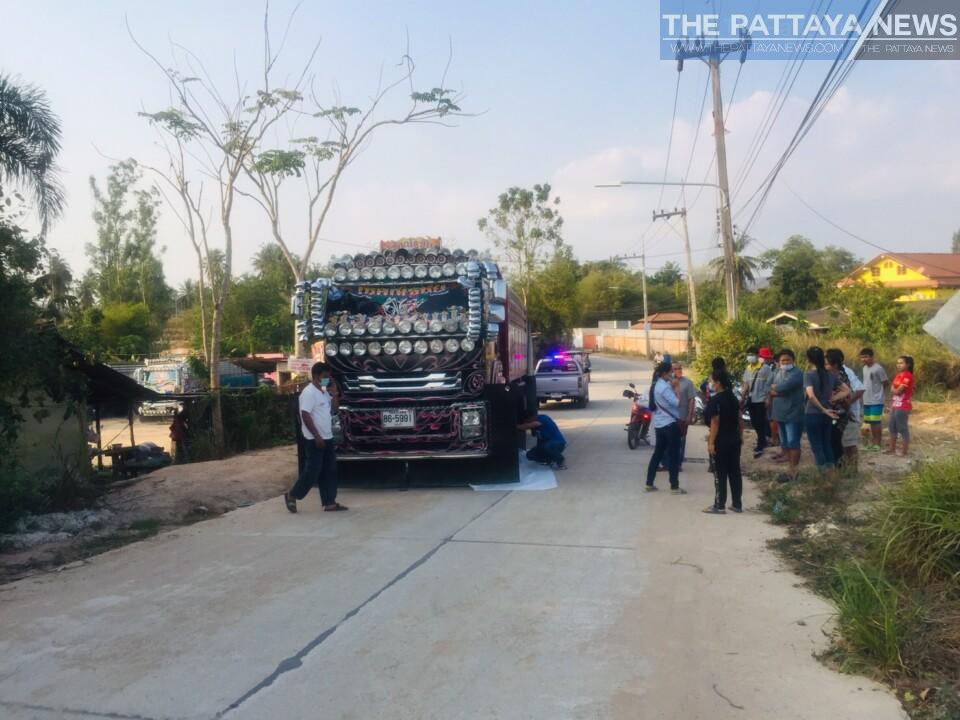 Wanida’s mother arrived at the scene after being contacted by law enforcement and had to be consoled by nearby witnesses and bystanders.

Chatchai stated to the Huay Yai police and The Pattaya News “I was backing up my truck in the area at the time of the accident. I had been checking my rearview mirrors and thought for sure there was nobody in the vicinity.”

“I felt a bump and could no longer move my vehicle backward. It was at that point I stepped out of my cab and discovered I had hit Wanida, who evidently has difficulty walking and could not move out of the way of my vehicle in time. I am shocked by the incident and extremely sorry for the mother’s loss.” Chatchai concluded.

Chatchai has reportedly taken ownership of the accident and is cooperating with police and the family of the victim, according to Huay Yai law enforcement.