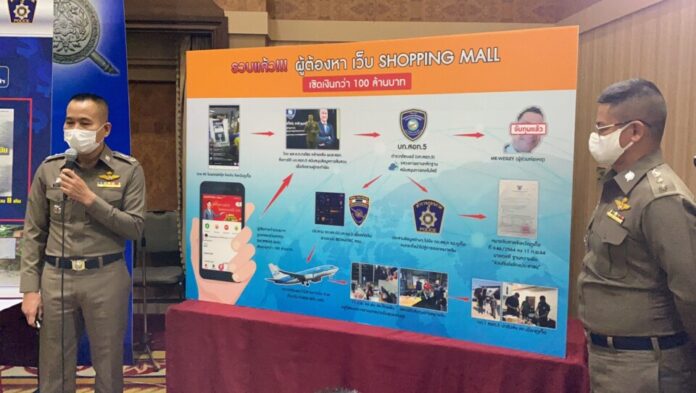 A 37-year-old Dutch national was arrested on the night of Saturday, February 11th, in Phuket, after reportedly defrauding others in an online business scam.

The Technology Crime Suppression Division (TCSD) police announced the arrest today. The foreign suspect, whose name was revealed as Wesley Halbach, was caught after local police had received complaints from local residents that they were reportedly fooled into investing in an online business called ‘Shopping Mall’. 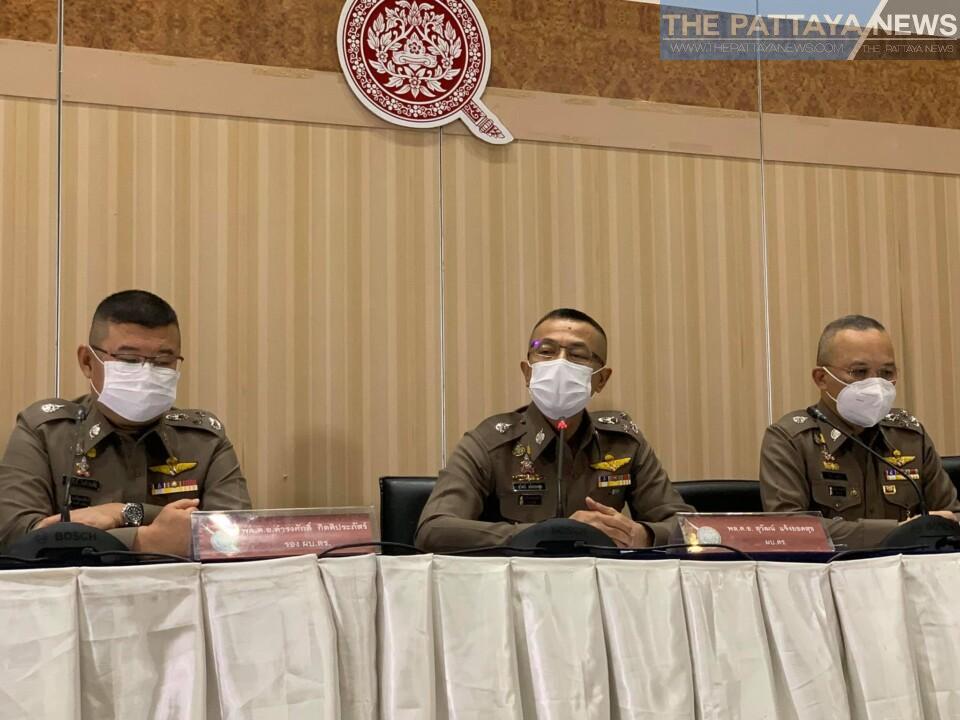 According to the victims’ statement, the alleged scammer would contact them as a website administrator, asking them to participate in the investment by adding a large amount of money into the system through a bank account. The more money the victims invested, the more profit they would receive in the long term, and whoever invested a lot of money would be promoted as a company coordinator or an administrator.

Shortly after the investment was completed, the system was shut down. The investors registered in the system could not reportedly withdraw money from their bank accounts, causing more than 100 million baht loss among 10,000 local investors. 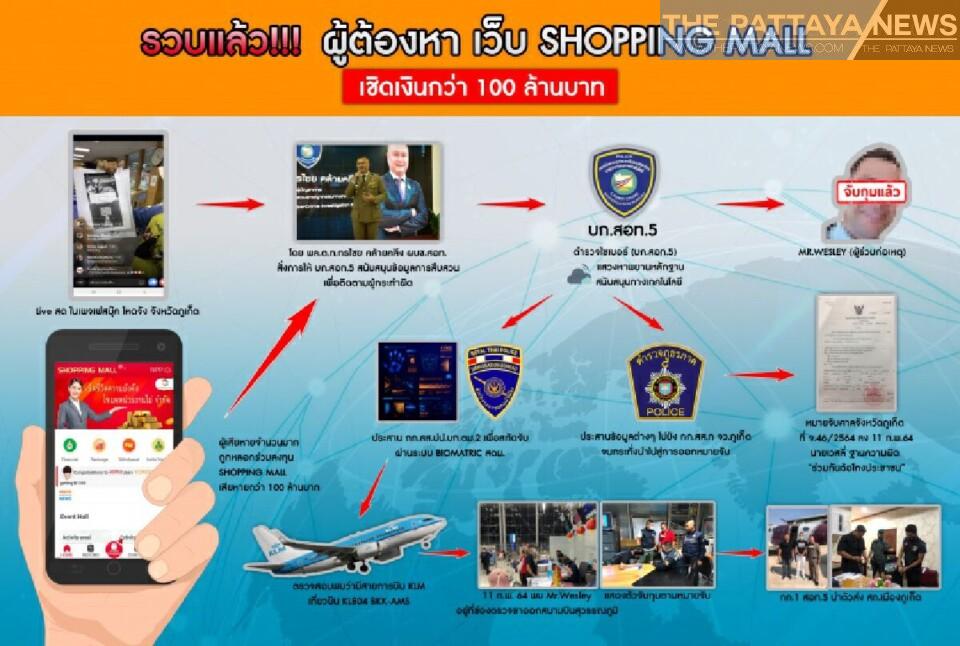 The expanded investigation led to the identification and the arrest of the Dutch suspect who was reportedly attempting to escape Thailand to his home country last Saturday.

Wesley was detained at the Phuket police station and was initially charged with conducting online scam and defrauding others. It is expected that others were involved in the scam and police are investigating including with transnational crime fighting agencies.