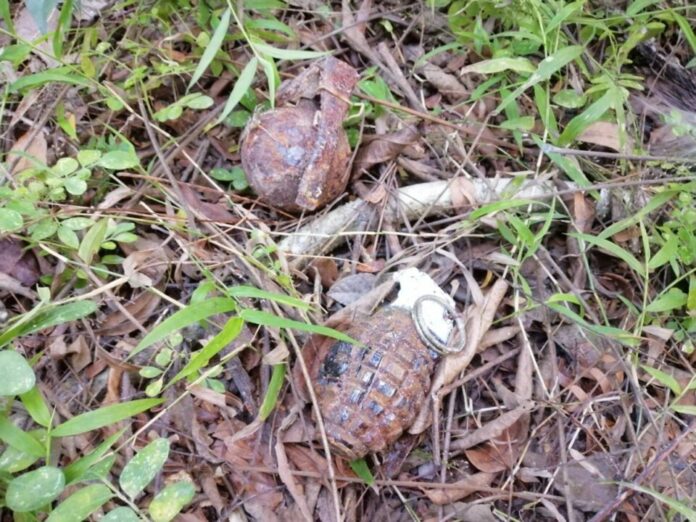 Explosive Ordnance Disposal (EOD) local police had successfully defused two grenades after being discovered by a local near their fruit farm in the Ban Khai District, Rayong province, last Friday, February 12th, in the evening.

Ban Khai police officers and the EOD team arrived at the scene at around 6:30 P.M. after being alerted of undetonated bombs being found in an abandoned black bag in a forest near a rambutan farm in the Chakbok sub-district.

According to farm owner Narakorn Wisetsri, he was walking into the forest to cut down some trees for carpentering at his house when he spotted a suspicious old bag and surprisingly saw a couple of dangerous devices, located only 500 meters away from his house 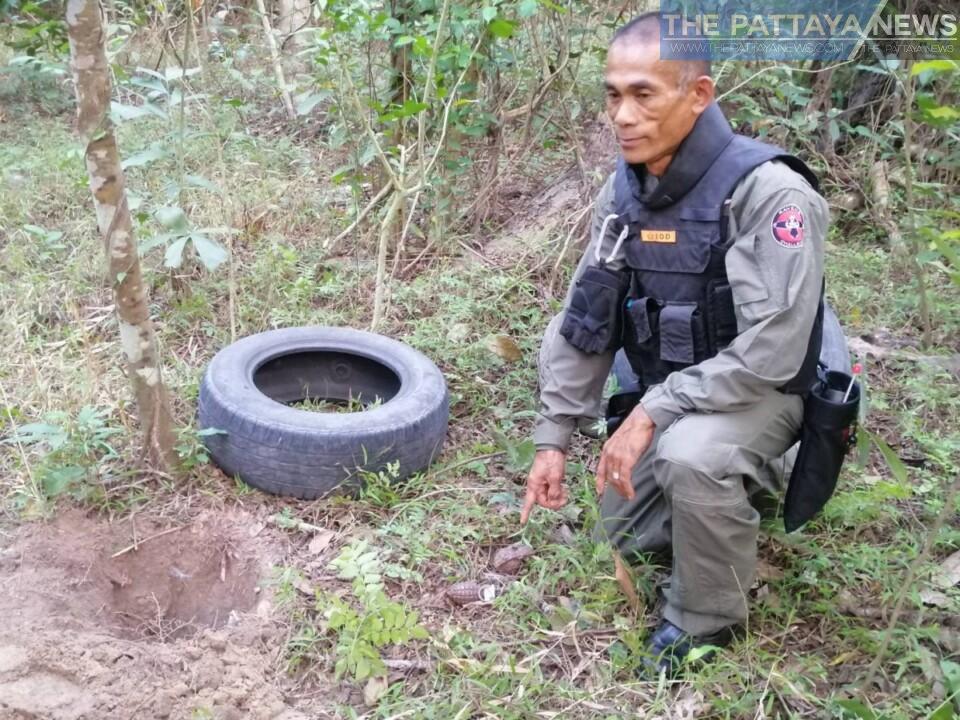 Two explosive devices were removed from the bag and covered with a tire. According to provincial EOD commander Suradet Manipitak, the devices were still in a good condition despite their rusty look and were highly dangerous as they could still be explosive at anytime. 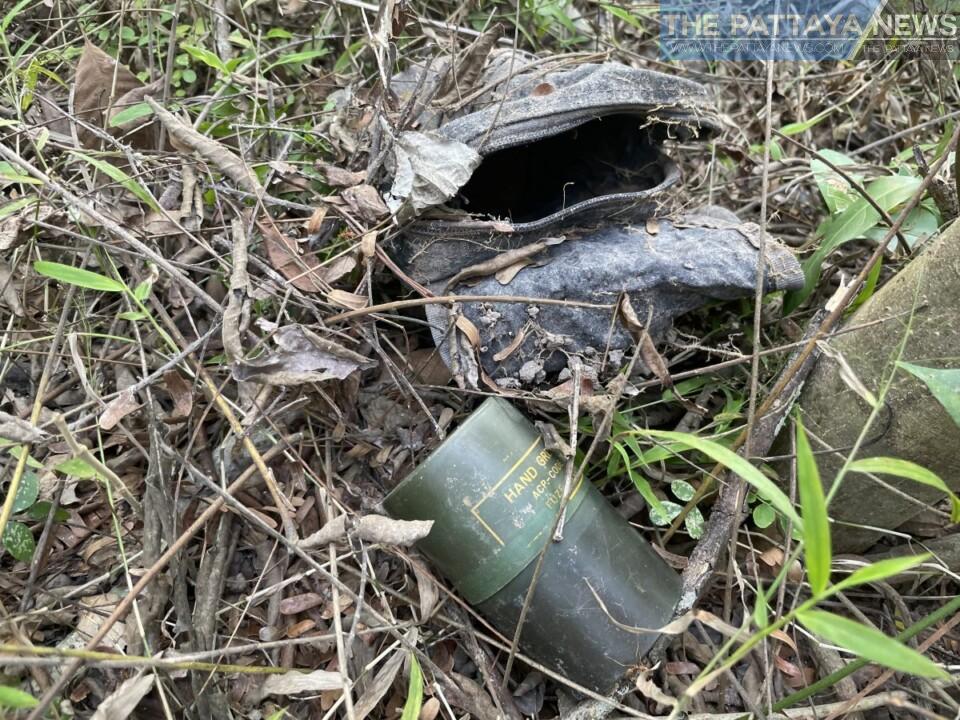 A water truck was deployed by the authorities while the EOD team was defusing the grenade. However, the operation went smoothly and the unexploded bombs were safely removed from the scene.

Police Suradet further stated that the bombs are throwing grenades type M67 and M19A1 that were used in the past for volunteers and special operations during older wars but they are no longer used nowadays.