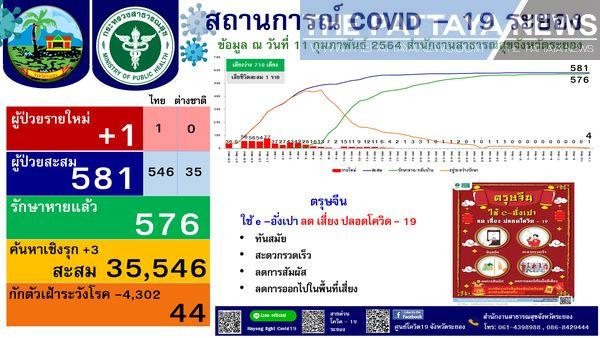 Rayong now has a total of 581 cases of Covid-19 with one death. The man, aged 45, worked at a high-risk place in Rayong. He had personal health issues disclosed as diabetes and heart disease.

The Rayong Public Health Office has also released detail and a timeline of the new confirmed case.

The Thai man, aged 43, does not have any symptoms of the virus. He was found from active case finding in the local community in Rayong in which mobile field Covid-19 vehicles go into “high-risk” areas like migrant camps, places where taxi drivers and bar workers are employed, and factories and test local residents for the virus.

His timeline is below, his specific occupation was not directly stated but based on the timeline appears to be some sort of transportation-related driver: 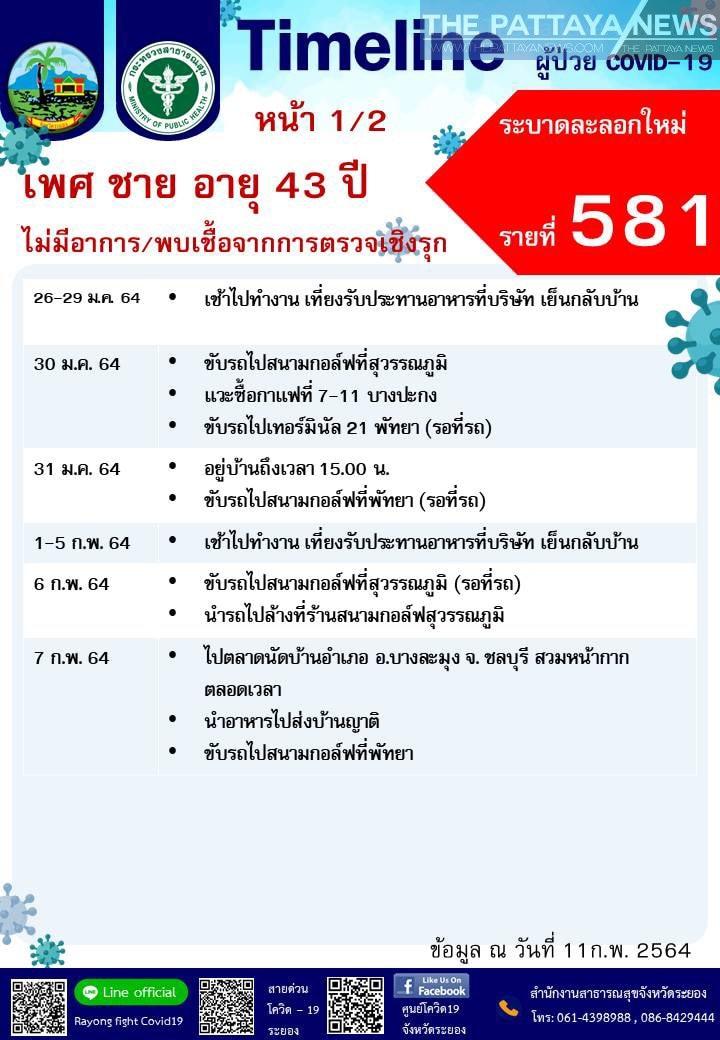 – Drove to a golf course near Suvarnabhumi (Samut Prakan)

– Stopped at a 7-eleven store in Bang Pakong (Chachoengsao)

– Drove to Terminal 21 Pattaya (Waiting in the car, did not enter the actual mall according to his report, and was not exposed.)

January 31st: Drove to a golf course in Pattaya (Waiting in the car, the name of the course was not given.)

February 6th: Drove to a golf course near Suvarnabhumi (Samut Prakan) (Waiting at the car)

February 8th: Stopped at a shop in Map Taphut (Rayong) 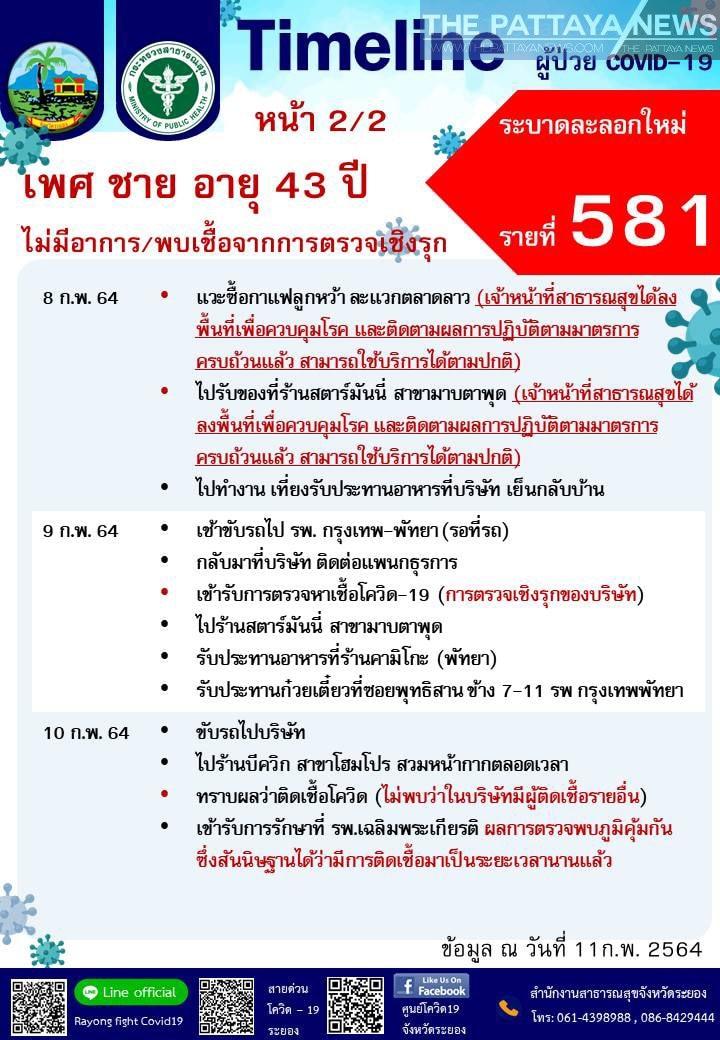 February 10: Confirmed with Covid – 19 and is now being treated in Rayong. Despite having no symptoms he has been isolated and is in quarantine. Thailand has a policy that asymptomatic people MUST remain in a hospital or field hospital-related care and may not self-isolate at home.

They believe that the man has had Covid – 19 for a long time as his viral load appears to be small and possibly not contagious on top of being asymptomatic, however are taking every precaution regardless.