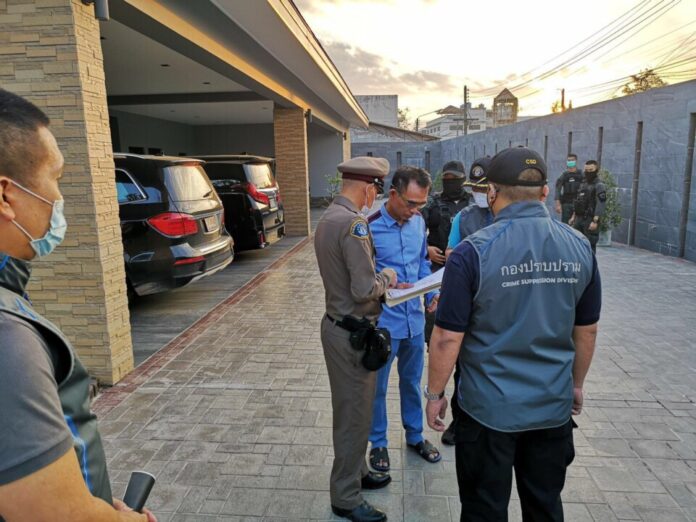 Somchai “Long Joo” Jutikitdecha, dubbed by some in Thai media as ‘the gambling king of the East’, was arrested at his house in the Mueang district of Rayong province today, February 11th, following an expanded investigation of the seizure of hundreds of illegal slot machines.

The raid follows the arrest of a group of five truck drivers who were reportedly smuggling slot machines in the Northeastern region last month. The expanded investigation led to the search warrant of a suspicious abandoned warehouse in Khon Kaen, where a total of 418 illegal slot machines were discovered. The investigation also exposed that the members of the alleged smuggling group had more than 10 million baht in circulation in their bank accounts. They would reportedly exchange the amount of money into tokens and did illegal gambling. The officials then collected evidence before seeking the court’s approval of an arrest warrant.

Five suspects were captured and ten suspicious areas were searched in the eastern provinces, including Long Joo’s house. Long Joo was arrested under the arrest warrant of the Rayong District Court. 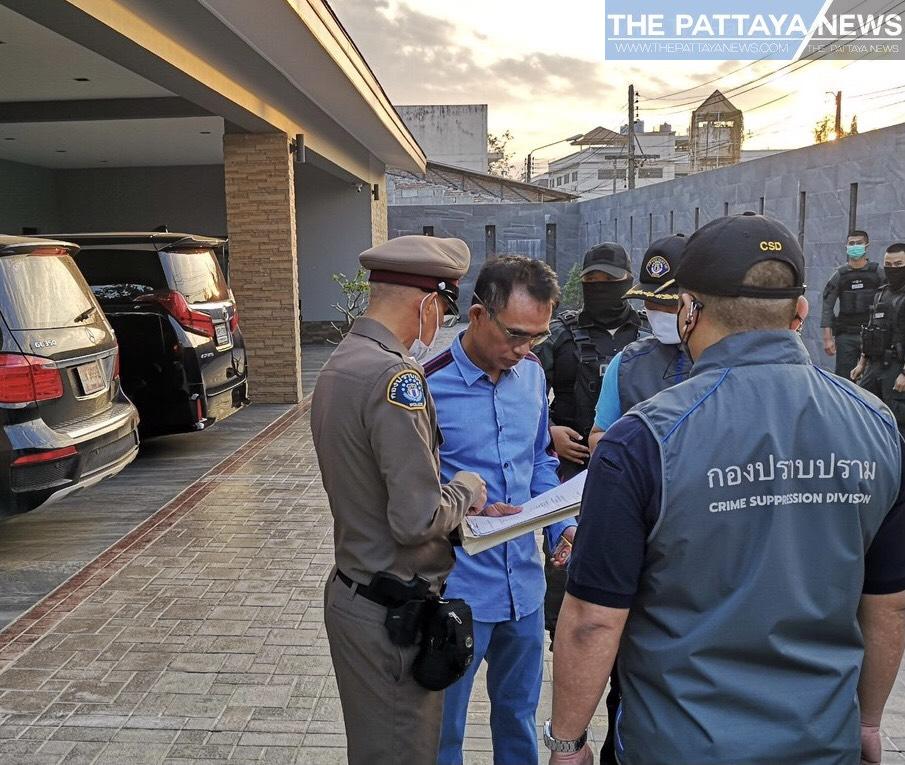 A total of 9 title deeds, 10 bank accounts, a slot machine, 5 bags of gambling tokens, a safe, a mobile phone, a notebook, and drug paraphernalia were also allegedly discovered at his place. The 56-year-old suspect was initially charged with allegedly hosting an illegal gambling network, jointly smuggling slot machines, and owning gambling-related properties without permission.

Long Joo is now detained at Rayong police station for further interrogation. According to the local police, he reportedly denied all charges against him and has stated he is innocent.

Update: The suspect was granted bail tonight for 200,000 baht and has agreed to wear a tracking bracelet prior to an upcoming court appearance. He maintains his innocence.