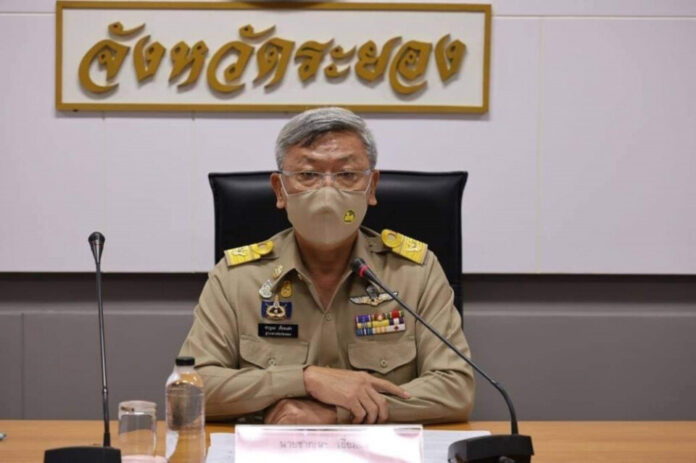 The Rayong Governor announced today that after nine days of no new confirmed cases of Covid-19 in the province that he was ordering the opening of most previously closed businesses.

Rayong had been changed to an orange, or control zone, on February 1st along with other Eastern provinces like Chonburi by the Center for Covid-19 Situation Administration, CCSA.

This change allowed the zones to open previously closed businesses like gyms, bars, entertainment venues, schools cinemas, etc. However, the Rayong Governor chose to only open schools at that time, keeping other venues closed out of precaution. This left Rayong as the only orange zone who chose to leave entertainment and similar venues closed, which the governor has the ability to do. (Bangkok, as a red zone, also still has bars and entertainment venues closed and does not allow the sale of alcohol in restaurants)

The decision was not a popular one with many residents complaining they were losing money and could simply travel to nearby Pattaya to go drink or visit other businesses that could open. However, the Rayong Department of Public Health stressed they wanted to ensure the situation was truly safe before doing so.

Today’s order allows nearly every previously closed business to open, except for chicken fighting fields, fish fighting places, and similar animal events that attract illegal gambling. Illegal gambling is blamed for the majority of the recent Covid-19 cases in the province.

Entertainment venues can open until 11:00 P.M. but must follow Covid-19 rules like mask wearing, social distancing, temperature checks, using Thai Chana to check into the venue, and more. Restaurants may also sell alcohol again and serve inside diners until 11:00 P.M. also.