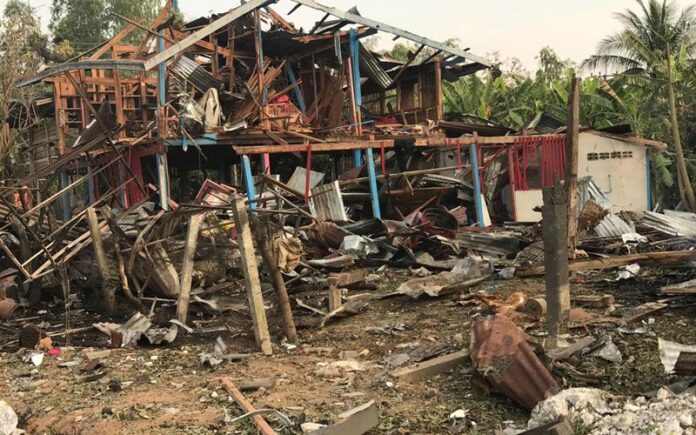 At least four people were reportedly killed and one has gone missing after a firework factory in Phichit province exploded yesterday, February 4th, in the evening.

Sak Lek Police from the Phichit Province arrived at the scene in the Nong Ya Sai Subdistrict after being alerted of a large fire followed by an explosion, damaging six nearby houses and initially killing four locals

One of the deceased was a son of the factory owner while the others were his employees. The missing person was an 81-year-old woman who was reportedly the mother of the owner. More police have been deployed to search for the missing woman. 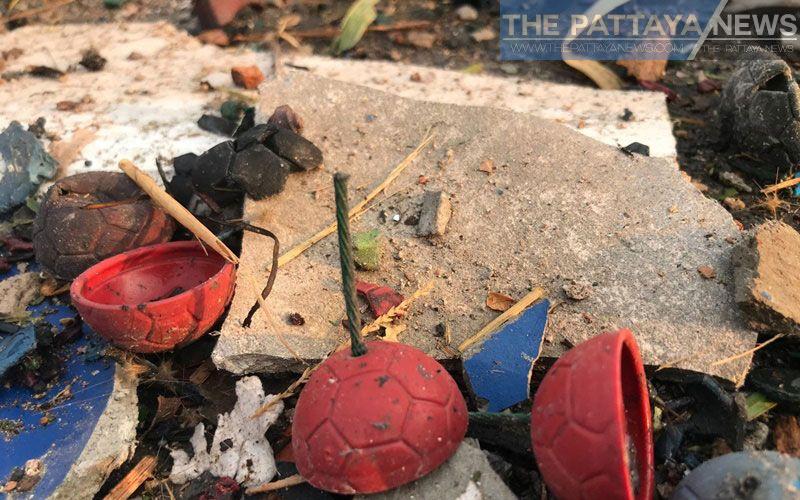 Phichit Governor Rangsan Tanchareon told reporters that the factory was actually an abandoned house that was used for making unauthorized small fireworks for chasing animals.

He then ordered the police and related officers to provide remedies to help all affected villagers, including temporary accommodation for those who lost their houses, and urged the police to investigate and interrogate those who were involved with the firework business. 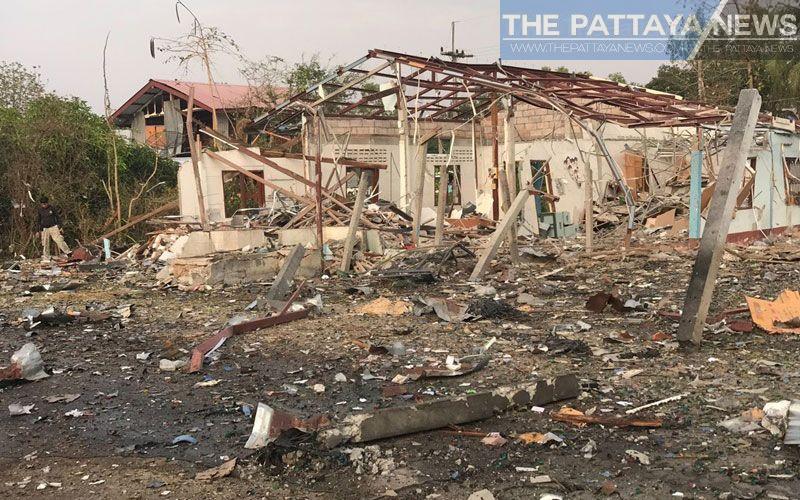