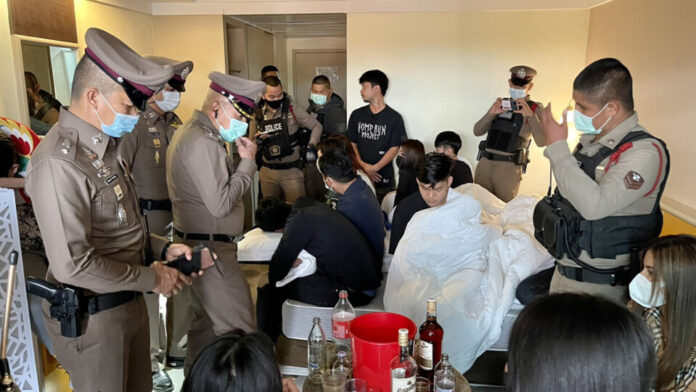 A group of 22 alleged Thai drug users was captured at a local hotel in Udon Thani after booking a room to reportedly host an ecstasy-ketamine drug party during the early hours of yesterday, January 30th.

Udon Thani provincial police arrived at the scene around 5:00 AM. after being alerted via social media that a large group of teenagers were loudly gathering and drinking inside the hotel room, with a batch of narcotics drugs being reportedly used. A total of 22 people, including 12 women and 10 men whose ages are reportedly between 22-31 years old, were discovered at the scene. Four bags of ketamine and 2 pills of ecstasy were initially spotted on the floor, according to Udon Thani police.

All of them were taken to the Udon Thani police station for a drug test and reportedly tested positive to have been using narcotic drugs. The party host, whose name was only revealed to the press as Wichayaphon, allegedly confessed that he brought some amount of drugs from Bangkok to the province before inviting a group of his male and female friends on social media to party at the hotel. 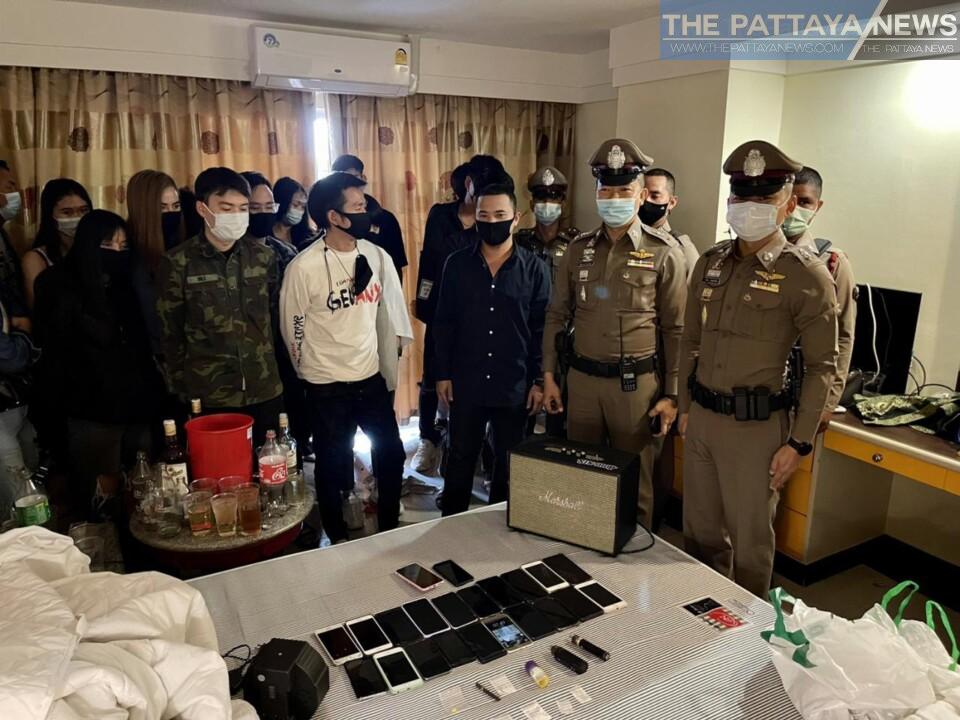 Wichayaphon was initially charged for possessing and using Catagory 1 (Ecstasy) and Category 2 drugs (Ketamine) while the rest of the group were charged for illegally using narcotics and for violating the orders of the Provincial Disease Control Center.

Additionally, Udon Thani governor Siam Sirimongkol told reporters that the officers will also expand the investigation to the hotel manager and related employees to see if they were partly involved or aware of the illegal gathering in their place.