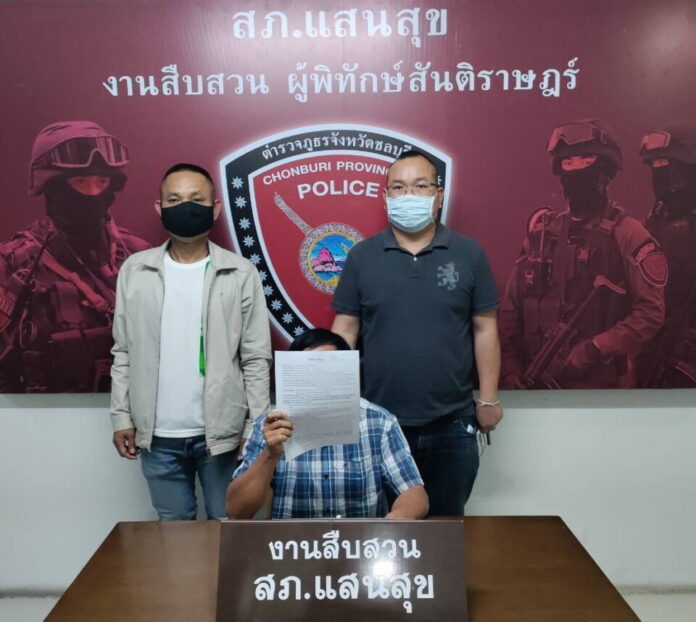 A teacher has been arrested today (January 28th) for allegedly sexually abusing an underage female student at his tutoring school in Bang Saen.

New TV.co.th reports that the Sane Suk Police was notified of the incident with alleged video evidence.

The video, according to law enforcement who has seen it, reportedly appears to show the teacher touching a 15-year-old female student’s breast and allegedly moving his hand into her skirt while she was playing on her mobile phone.

Local residents nearby said this tutoring school has been opened for more than ten years with the suspect working there.

An arrest warrant was issued for the tutoring teacher, named in the associated press only as Terdsak, 59, who is also the owner of the tutoring school.

He is being accused of ‘committing an indecent act to a person over fifteen years of age by threatening with any means’.

The suspect has allegedly admitted the charge, according to Bang Saen police. The name of the school was not immediately released as the case is still under investigation as well as to see if there were potentially any more victims.