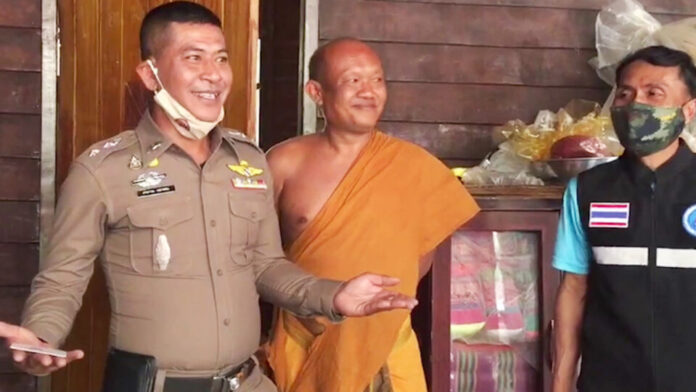 Satuek district police arrived at the temple this morning after being alerted of the incident from the temple’s abbot, claiming that one of the monks often behaved suspiciously and might possibly be involved with illegal activities.

Thawatchai was spotted and was asked to conduct a urine test. His result reportedly proved drug use in his urine before he was forced to leave the monkhood and was taken to the police station for further interrogation. 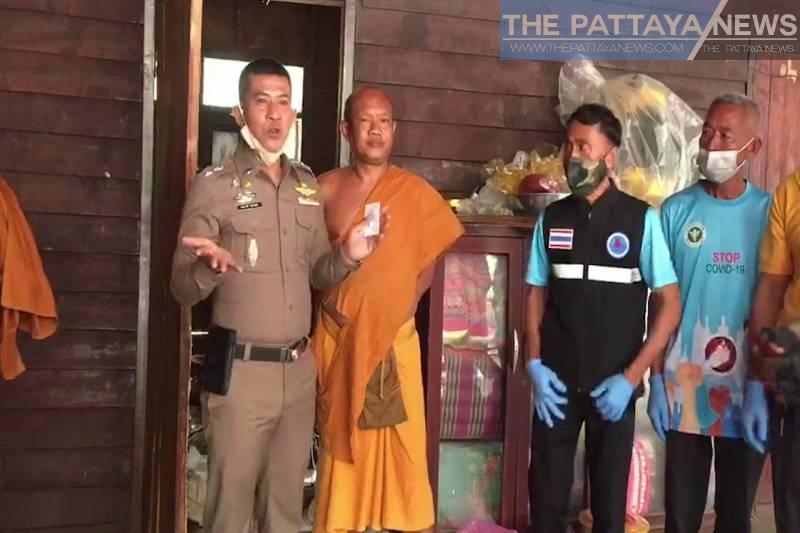 According to his statement, he reportedly received the drugs and related equipment from one of his followers, who was only named as Kai, but he tried to refuse at the first time. However, Kai insisted and persuaded him to take it as a merit gift. He, therefore, allegedly took it and decided to use drugs since then.

The initial investigation also revealed that Thawatchai had been previously arrested for alleged possession of 15 methamphetamine pills before he decided to ordain as a monk to start his life over and not to be involved with drugs again.

The monk is currently detained at the local police station and initially charged for illegally using and possessing a Category 1 drug (Methamphetamine).