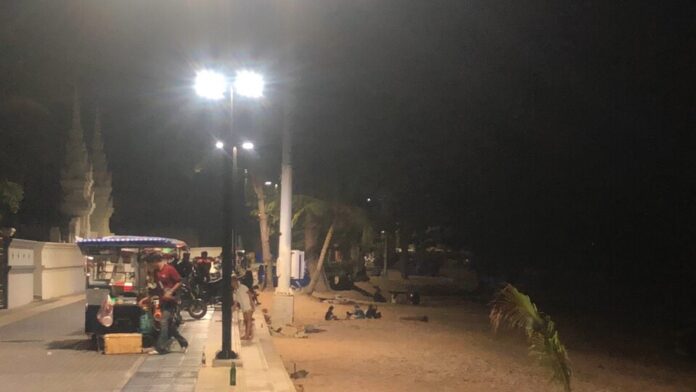 Three men have sustained injuries after reportedly being attacked with knives by a group of teenagers at Jomtien beach early this morning (January 27th).

Captain Sanan Kotanon of the Pattaya City Police was notified of the incident on Jomtien Beach near the Dongtan curve at 2:00 A.M..

Police, emergency responders, and The Pattaya News arrived at the scene to find three injured men who were named as Mr. Anansak Chaiin, 48, with minor injuries, Mr. Wiriya Promnin, 27 with facial injuries, and Mr. Chatchawan Sinmasut, 43, with sustained serious injuries from slash wounds.

They were taken to a local hospital for medical assistance. Nearby, rescue staff found a motorbike stained with blood. 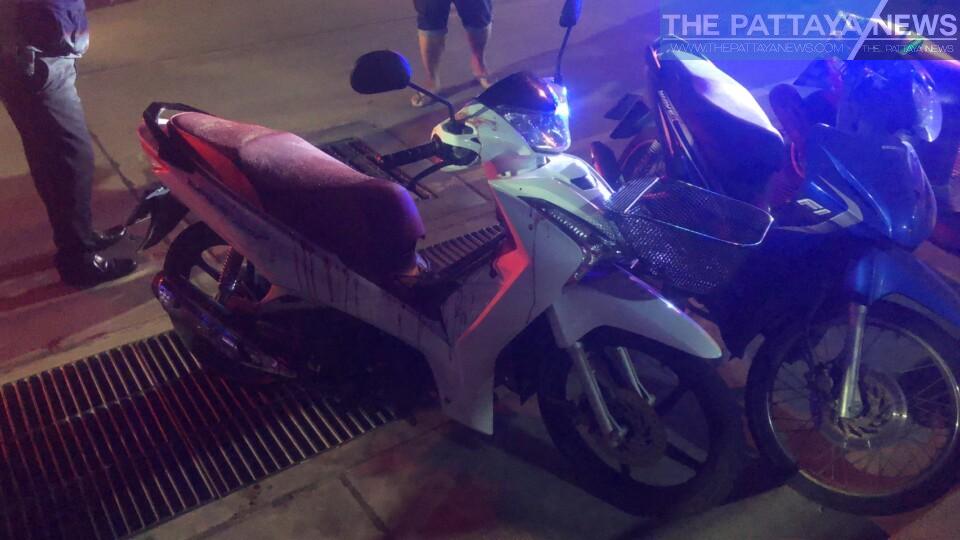 Mr. Anansak told police, “We were drinking alcohol on the beach and a group of teenagers approached us and asked Mr. Chatchawan if he saw someone who attacked his brother earlier in the night. We had not seen anything and had been minding our business drinking. They didn’t believe us and attacked us for no reason with knives, fleeing afterward.”

One suspect has reportedly been arrested, according to Jomtien Police, but has denied all allegations and refused to speak to the press. He was not named by the police. Jomtien police are still investigating the incident and compiling information, including from CCTV, as of this evening. 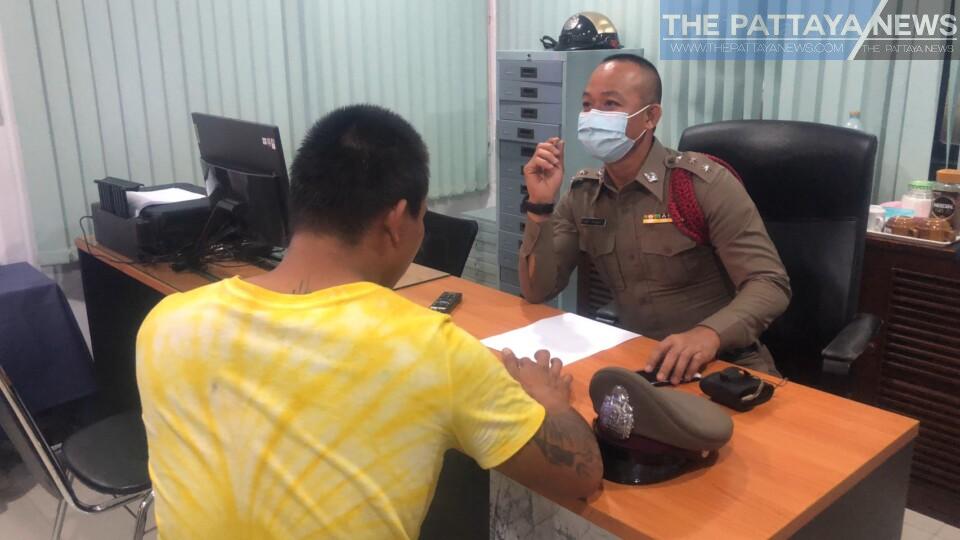 Witnesses claimed to police they saw two shirtless teenagers on a motorbike before the incident hassling foreigners on the beach and causing problems earlier.