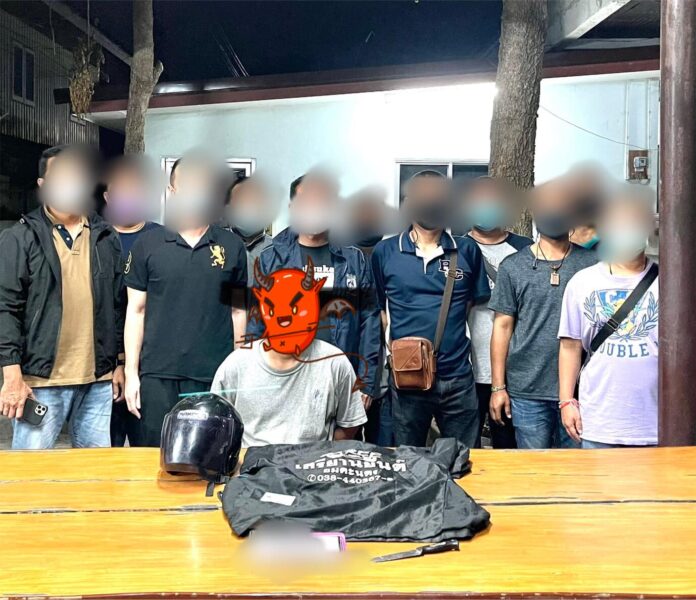 A young convenience store serial robber has been arrested in Chonburi over this weekend.

Police revealed the news to the press at the Chonburi Provincial Police Station yesterday (January 24th).

“Police seized a hand-made gun, a knife, and some amount of money that he robbed from the store.”

“He is a serial robber and thief and has been involved in many grocery and convenience store robberies in Chonburi over the last year.”

“The Mueang Chonburi Police Chief Colonel Nitat Wanepradub had ordered his team to hunt for the suspect as a top priority following last week’s robbery and he was finally arrested.” Thiti concluded.

Wirutkit is facing multiple charges of theft and armed robbery. It was unclear if he had admitted to the crimes or if he had secured a lawyer as of press time.