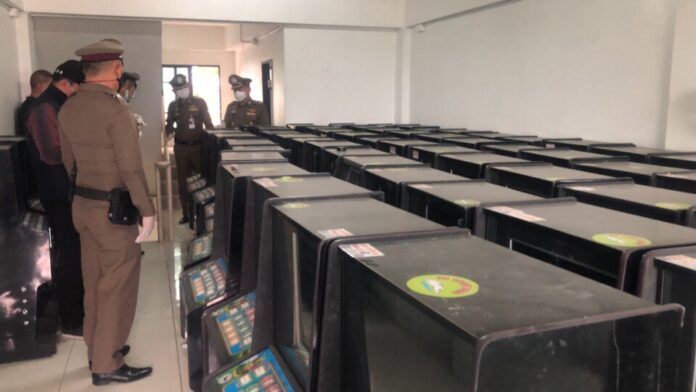 Chonburi police and administrative officers seized in total 161 slot machines from a building in Banglamung this afternoon (January 21st). 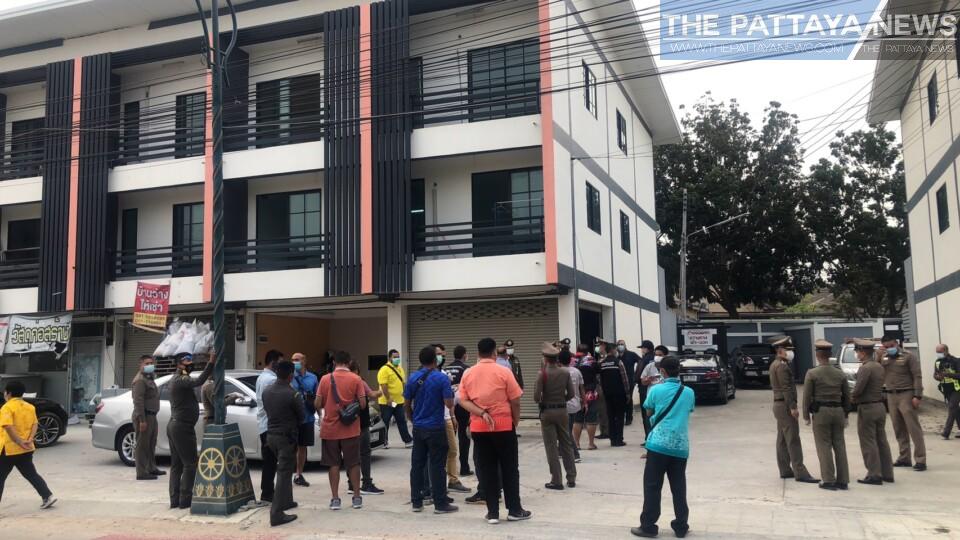 Colonel Korrawat told The Pattaya News, who was invited to film the raid, “The raid came after officers received an anonymous tip-off from a concerned citizen via the ‘LINE OFFICIAL’ group ‘GAMBLING REPORT’ where anyone can report claims of illegal gambling.” 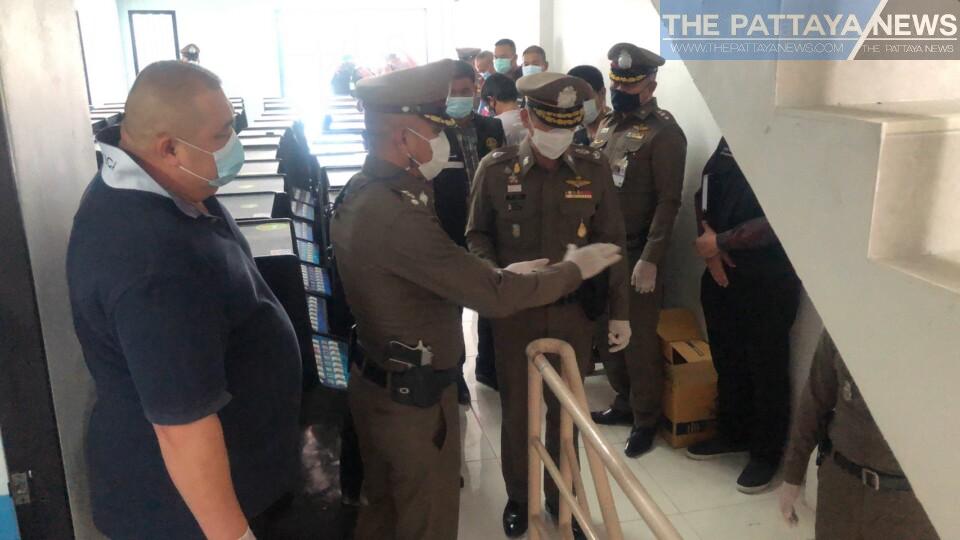 “In total 161 slot machines have been seized. The building was being rented by tenants since May of last year (2020).”

“Some slot machines appear to have been recently used while some had just been moved to here from an unknown secondary location based on the evidence we have gathered. The area and items were disinfected for safety reasons due to potential concerns of Covid-19.” Colonel Korrawat continued. 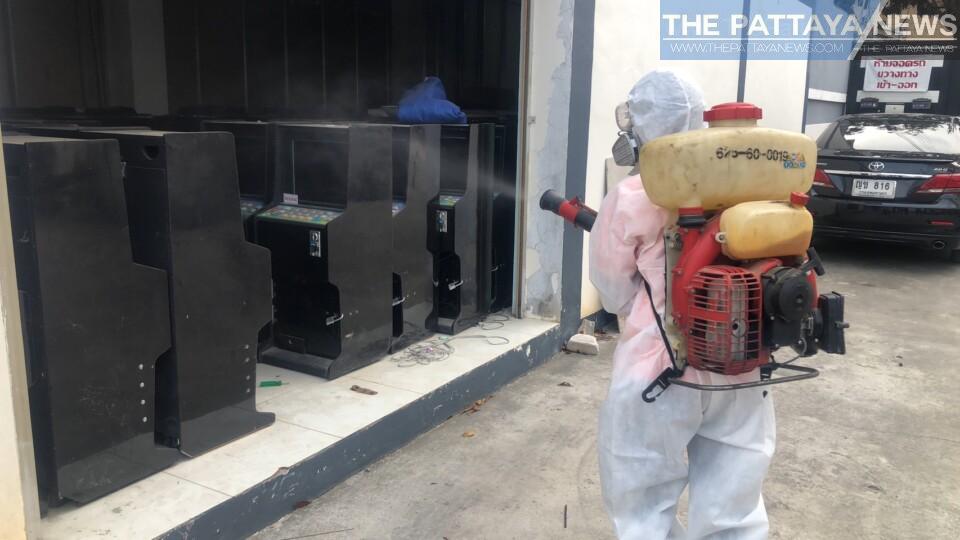 “We are continuing our investigation to find the owner of the storage space and where these slot machines have originally come from. We have reason to believe they are connected with illegal gambling dens in Rayong and part of an attempt by organized criminals to move the machines out of the Eastern provinces that have seen a renewed crackdown on illegal gambling.” Colonel Korrawat concluded.

The Pattaya News reported just yesterday on another large raid of illegal gambling-related machines that were found in Khon Kaen and were reportedly shipped from Chonburi. This appeared to be another attempt to move gambling devices out of the province.