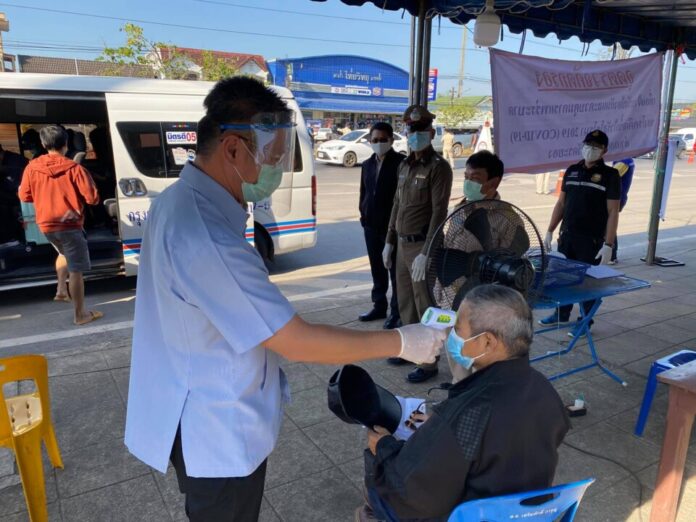 Rayong now has a total of 571 cases of Covid-19 with one death. The man, aged 45, worked at a high-risk place in Rayong. He had personal health issues disclosed as diabetes and heart disease. 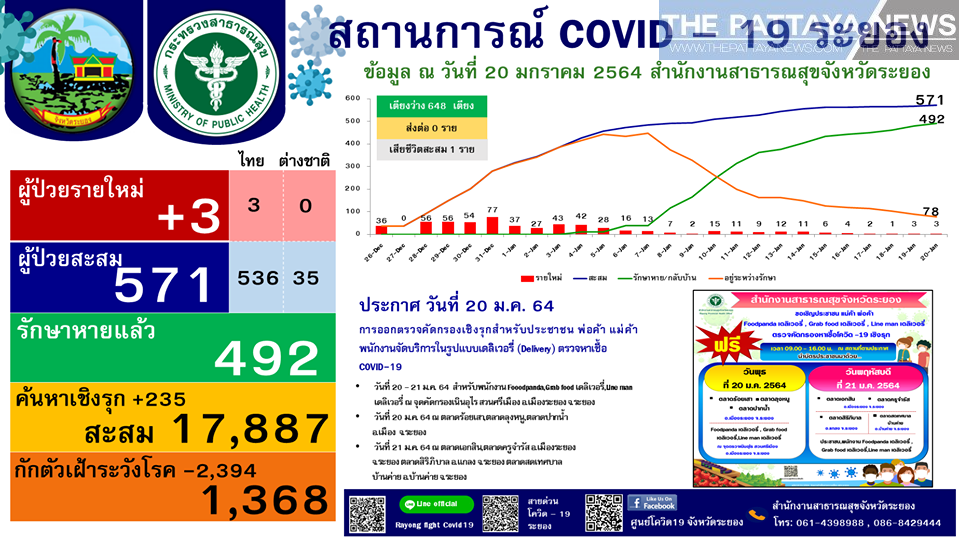 The Rayong Governor, Mr. Channa Eiamsang, told the local media today, “Currently, all the current new confirmed cases are persons who have been infected from family members by living together and meeting each other and are directly contact traced.”

“In this regard, the province may request those who are close contacts of previously confirmed cases to isolate themselves and separate themselves as much as possible, especially if they live with many other people.”

“In case, you are not comfortable in detention at home, please make a request to public health officer for providing a detention place (Local Quarantine) in order to reduce the chance of spreading infections to other family members.”

“The province would like to state that although the situation in Rayong is better we still need to be careful and join hands in various measures strictly.”

“Please refrain from socializing in big groups in order to bring the situation of Rayong to normal as soon as possible.” The Governor concluded this afternoon.

The Rayong Governor did not address when various measures and restrictions closing businesses such as entertainment, massage, and fitness would possibly be lifted. He has previously stated the province will evaluate these measures later in the month but they will be based on the overall situation with Covid-19 in the province. The three cases located in Rayong were the only new confirmed cases today in the four “high-risk” Eastern provinces of Chonburi, Trat, Rayong, and Chanthaburi as calls from business owners and working residents continue to rise asking for loosening of closure related measures.

The Thai Prime Minister, Prayut Chan O’Cha has stated the Thai government does not plan to review the current measures that designate these provinces as “high-risk” until the end of the month, despite rising calls to do so.