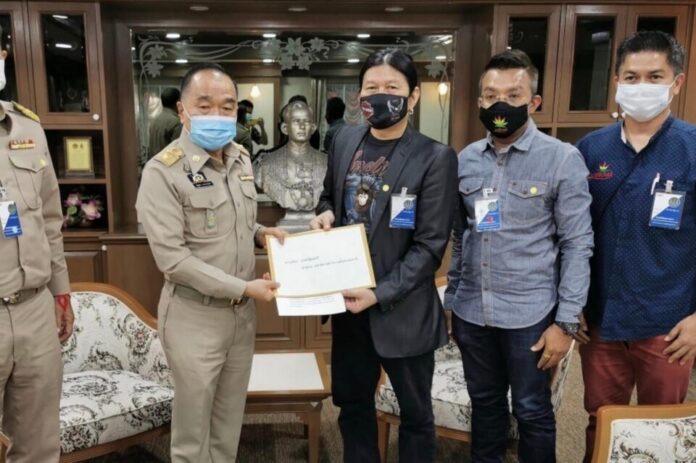 A prominent organization of leading musicians representing Thailand’s massive entertainment industry presented a personal appeal to the Thai Prime Minister Prayut Chan O’Cha to provide their industry more support during a new round of Covid-19 infections in Thailand currently.

Thailand has been dealing with another round of infections since mid-December that has seen many provinces restrict and close entertainment-related venues due to concerns of them being “high-risk” for spreading the Covid-19 virus. Although Thailand does not have a national lockdown and some provinces have not closed entertainment-related venues some of the provinces most popular for entertainment such as Chonburi and Bangkok have had all venues closed for weeks. This includes bars, discos, pubs, karaoke, live music venues, theaters, concerts, events, and similar items.

Additionally, travel restrictions are currently prohibiting people from traveling between many different provinces. This is coupled with what is essentially a ban on foreign tourists since March of last year without going through two-week quarantines, multiple Covid-19 tests, paperwork, and other hurdles that have devastated Thailand’s once massive and world-famous nightlife industry not just internationally but also domestically as the vast majority of nightlife venues in Thailand are primarily for Thai customers.

In Thailand, most nightlife workers are considered “informal” which means they don’t get social security and don’t qualify for benefits if their business is closed or entertainment venues are ordered shut. The Thai Government has announced they will pay out 3,500 baht to informal workers for a period of two months in affected provinces for the next two months but many informal workers state this program, which still has to be fleshed out and is not yet active, is not enough. Additionally, many musical artists said they don’t qualify as they don’t reside full time in provinces considered “high-risk” but frequently travel there for work. With all entertainment venues closed in Bangkok and Chonburi work opportunities are limited.

Pattaya in particular canceled their planned massive three-day New Year’s Countdown which was set to see dozens of the most popular artists in Thailand and was one of the biggest gigs of the year for many of the artists that were booked.

Today, January 18th, 2021, The Confederation of Professional Entertainment People, which represents top musical artists and nightlife workers in Thailand, met with General Natthaphon Nakphanich, Secretary-General of the National Security Council to present a formal request to the Prime Minister for additional assistance for the entertainment industry, warning it could collapse completely which would cause major issues for tourism in the future if not given proper support. The nightlife industry, without including the red-light portion which, officially, doesn’t exist, made trillions of baht for Thailand in 2019 both domestically and internationally. This also includes karaoke, concerts, music festivals, and similar events.

Khatawut Thongthai or Khai Mali Huanna, the representative of the musicians and entertainers group, stated to the Thai press today that the proposal and letter to the Thai Prime Minister state several items:

Khatawut also stated that he wanted the government to remember the entertainment industry has millions of workers and attracts millions of tourists yearly both domestically and internationally. He stated that there are many workers in the industry people don’t think about like servers, maids, security, DJ’s, cooks (as many are also restaurants and pub-style places cannot currently open in high-risk provinces), promoters, comedians, delivery, and inventory staff, lighting and sound technicians, dishwashers and tens of thousands more of fairly low-paid informal workers hurt by the recent closures.

Natthaphon Nakphanich stated he will deliver the letter to the Prime Minister. The Pattaya News notes it was prominent musicians during the first period of Covid-19 last year who managed to urge the government to re-open the industry after a nearly four-month closure.