The Chonburi Governor spoke with The Pattaya News and other local media this afternoon to reiterate an important message regarding traveling in and out of the Chonburi area.

First, we previously covered the process involved for this here:

How to register for inter provincial travel in and out of high control zones, including Chonburi

The Governor of Chonburi, Pakarathorn Thienchai, told associated Thai media this afternoon that many people are coming to district and regional offices asking for a travel certificate to travel between districts, such as Banglamung and Sattahip. He stated that no such certificate is needed and one does not need to come to an office. He said people only need to visit an office to apply for interprovincial travel if they are leaving Chonburi and going to say, Bangkok or Rayong in a different province. He also stated that people would need proof the trip was essential and urged people to postpone their trips or stay home if possible.

Pakarathorn did say that there were many checkpoints throughout Chonbur between districts, especially overnight, but these were checking things like temperature checks and utilizing a Thai tracing platform like Mor Chana. Checkpoints between provinces, however, will require a travel certificate with approval. These can be granted not just from a district office but also village headsman and municipal offices in sub-districts, the governor added.

The Pattaya News notes that due to a Royal Gazette order one technically should be using Thai Chana or Mor Chana and may be asked to show it is installed on their phone when passing between districts or traveling, especially between provinces. Those who do not have a smart phone will be given alternative methods of being tracked through manual paperwork although authorities have warned it may be more time-consuming. 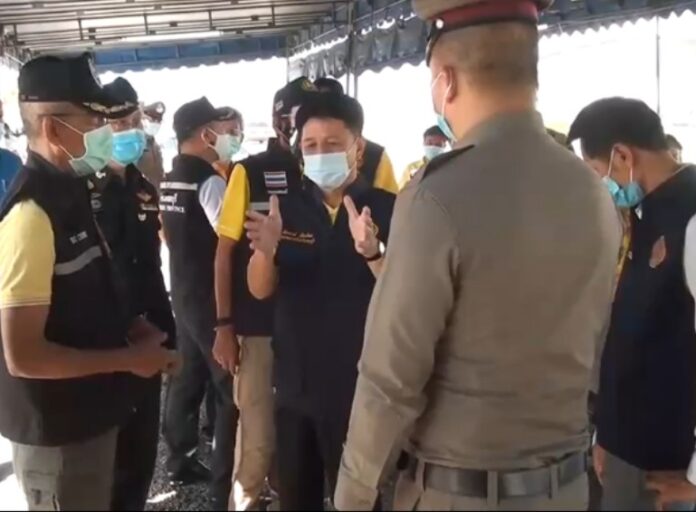