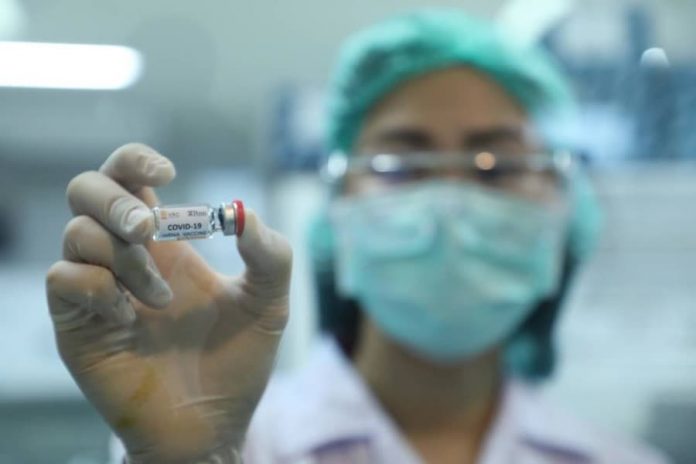 According to the Ministry, the Sinovac vaccine will be delivered in three batches, with the first 200,000 doses arriving in February, 800,000 in March, and another 1 million in April.

Meanwhile, the Oxford-AstraZeneca vaccine, that Thailand has signed a contract with last year, will be arriving later by the end of May 2021 in a first amount of 26 million shots. 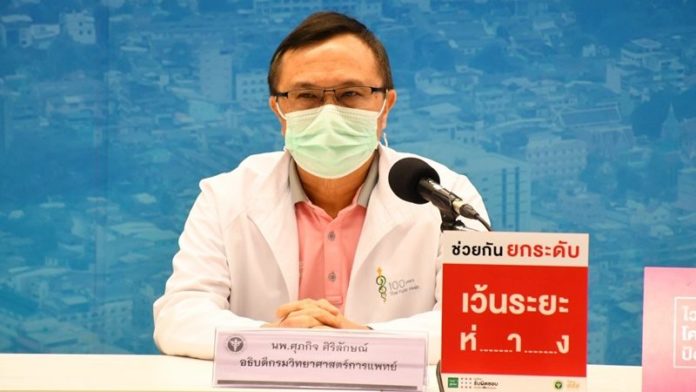 Dr. Supakit Sirilak, director of the Medical Sciences Department, told Associated Press that the government has targeted to distribute the vaccinations for free for 50 percent of the Thai population, approximately 70 million doses.

The first batch of 26 million doses is officially from Oxford-AstraZeneca. The Thai Government is also in negotiations with the COVAX Facility as well as other companies such as Pfizer, Moderna, and AstraZeneca for additional purchases request in the near future.

Additionally, Thailand’s prominent in-house vaccine production, Siam Bioscience Company Limited, has been approved by British regulatory authorities to produce its own Covid-19 under a technology-sharing agreement with Oxford-AstraZeneca. 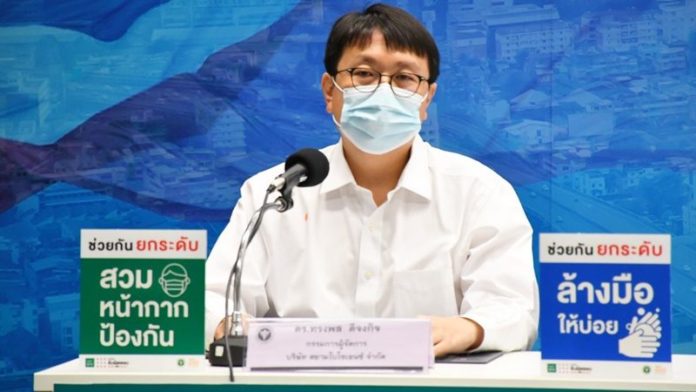 “Currently, we have agreed to purchase 26 million doses of vaccine in an agreement with AstraZeneca. We are also authorized to produce the vaccine by a Thai firm under the Oxford-AstraZeneca formula,” the director stated.

The company’s production already began in Mid-December with an estimated capacity of 200 million doses per year or 15 to 20 million doses per month. However, the vaccine must be thoroughly tested up to Phase 3 and formally approved by the Thai FDA before they can be shipped, Siam Bioscience director Songpon Deechongkit added.