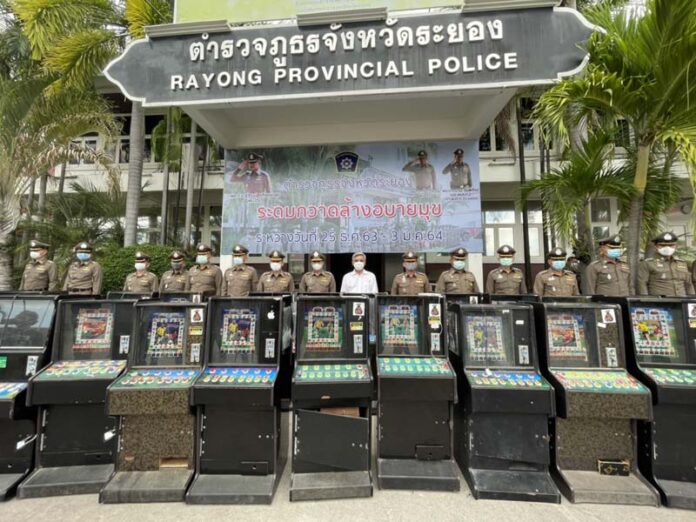 Lt. Col Mana said officers used tips from concerned citizens about the potential spread of Covid-19 to find the alleged illegal establishments and machines and had so far identified 45 suspects at 28 different locations.

Mana also stated that Rayong officers were committed to stomping out both Covid-19 in the province as well as illegal gambling. He did not state what would happen to the seized slot machines. 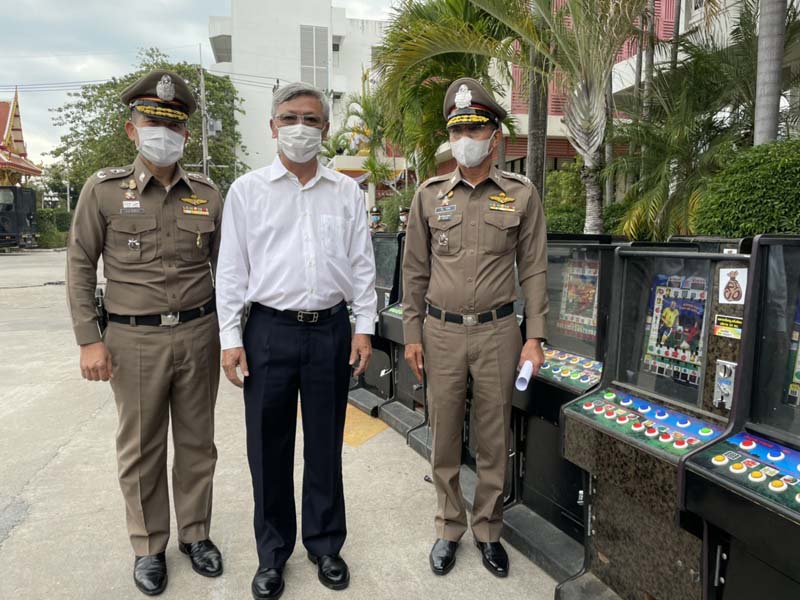