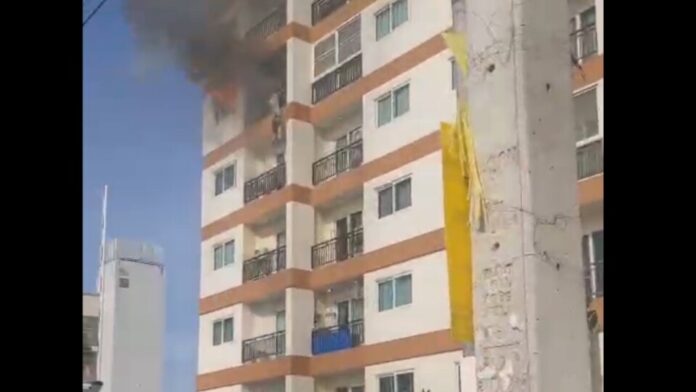 An English man has survived after climbing down his balcony following an apartment fire this afternoon (January 1st).

The Pattaya City Police Chief Colonel Pisit Poonsap was notified of the fire at 4:00 P.M. at an apartment in Jomtien.

Police, fire fighters, emergency responders and The Pattaya News arrived at the scene to find the fire ablaze on the sixth floor with lots of smoke. 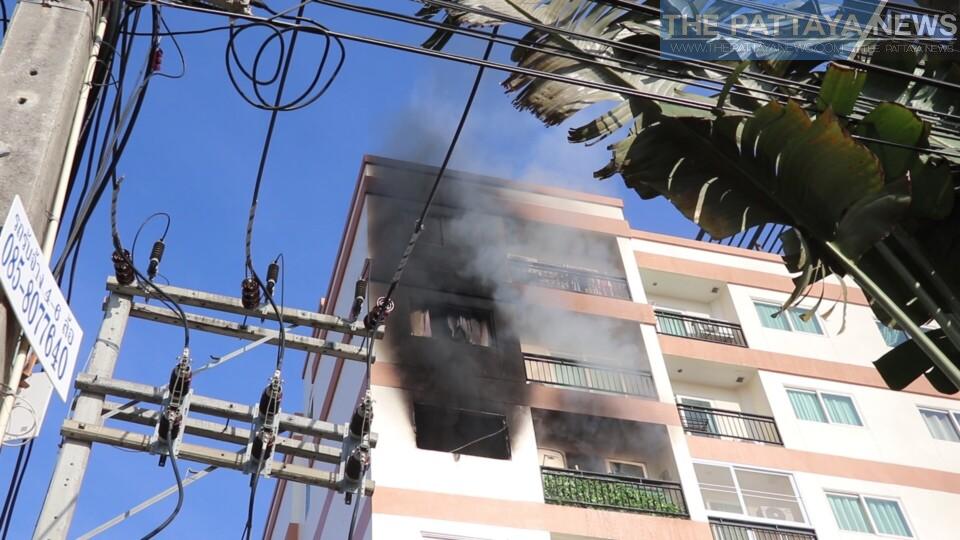 It took about 30 minutes to control the fire. The room was heavily damaged.

He told police, “I saw smoke while I was talking on a phone near the balcony area. Then the fire spread very quickly in my room and I could not get through it to my apartment door. I climbed down from the sixth floor’s balcony, dropping to the fifth floor balcony safely below.”

The harrowing incident was caught on camera and can be found on our tiktok and Facebook watch here: https://fb.watch/2KZlBn05AV/ 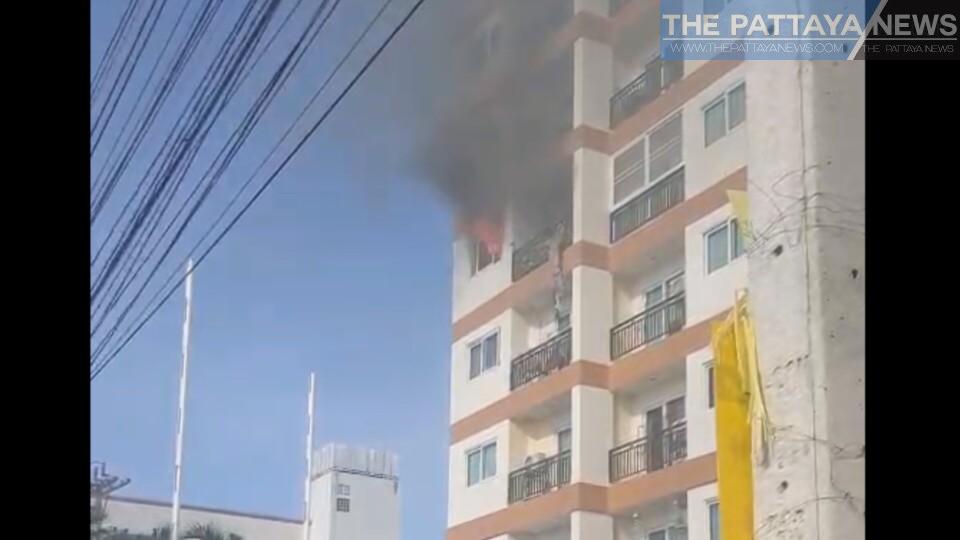 He was taken to the Banglamung Hospital. The Chonburi Forensic Police are continuing their investigation to find the cause of the fire.