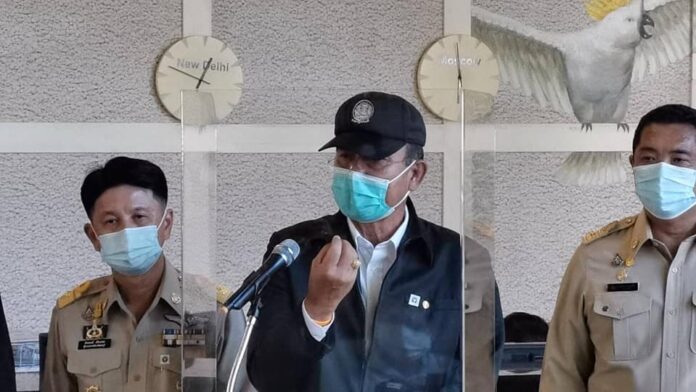 The Chonburi Public Heath Office this evening (December 30th) has released an updated timeline to warn people who went to places in Ban Bueang, Si Racha and Mueang Chonburi this month to notify health authorities and monitor your health.

If anyone has problems with respiratory symptoms and/or a fever within 14 days from when they had visited those places, they must go to a hospital, according to the Chonburi Public Health Office.

Please inform the hospital that you visited the same place as a Covid-19 confirmed case, they continued. 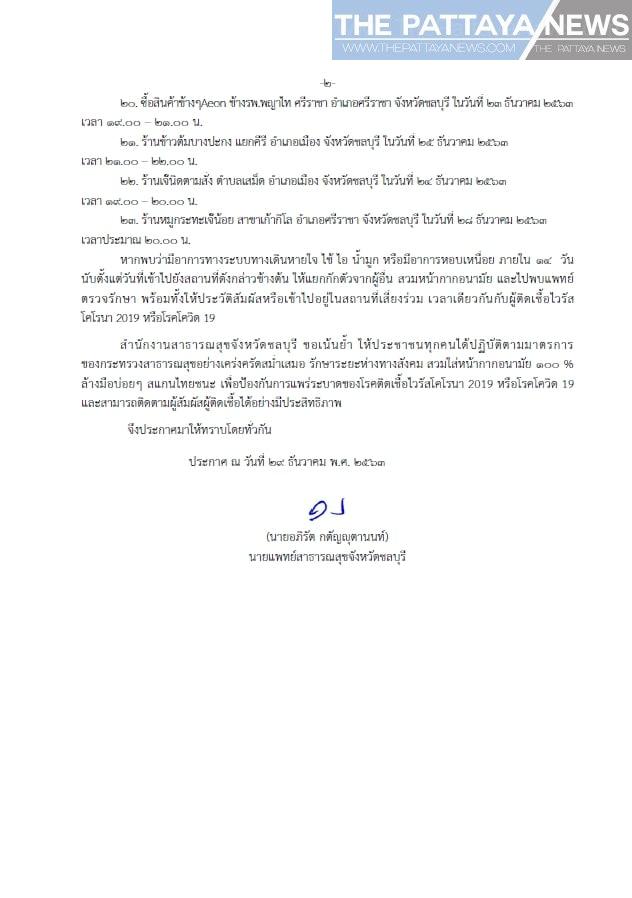 The Chonburi Public Health office this afternoon (December 30th) has announced 108 confirmed cases of local transmission of Covid –19 in Chonburi. Most of them are in Banglamung District while thirty of them are migrant workers. The total number of Chonburi is now reached 144.