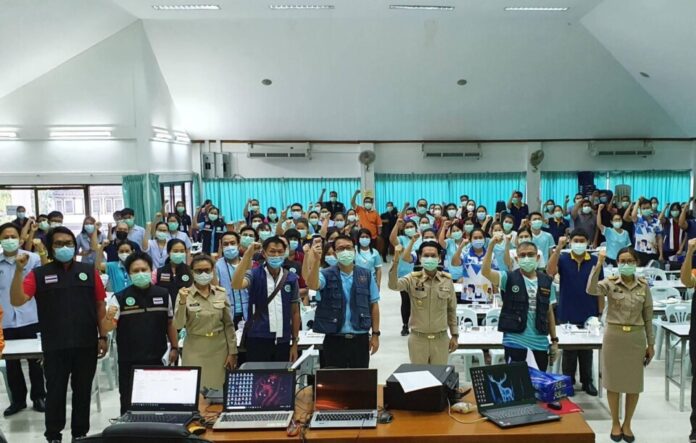 The Chonburi Public Health office this afternoon (December 30th) has announced 108 confirmed cases of local transmission of Covid –19 in Chonburi. Most of them are in Banglamung District while thirty of them are migrant workers.

After active case finding from people related to a recent Rayong cluster stemming from illegal gambling, including testing on their families and close contacts, Public Health Officials found in total 108 confirmed cases of Covid-19 today.

Chonburi Public Health Officials stated that they have to find as many cases as possible by active case finding and track and trace to control the situation. This has resulted in the unfortunate closure of non essential businesses and attractions in Banglamung as we posted earlier today. 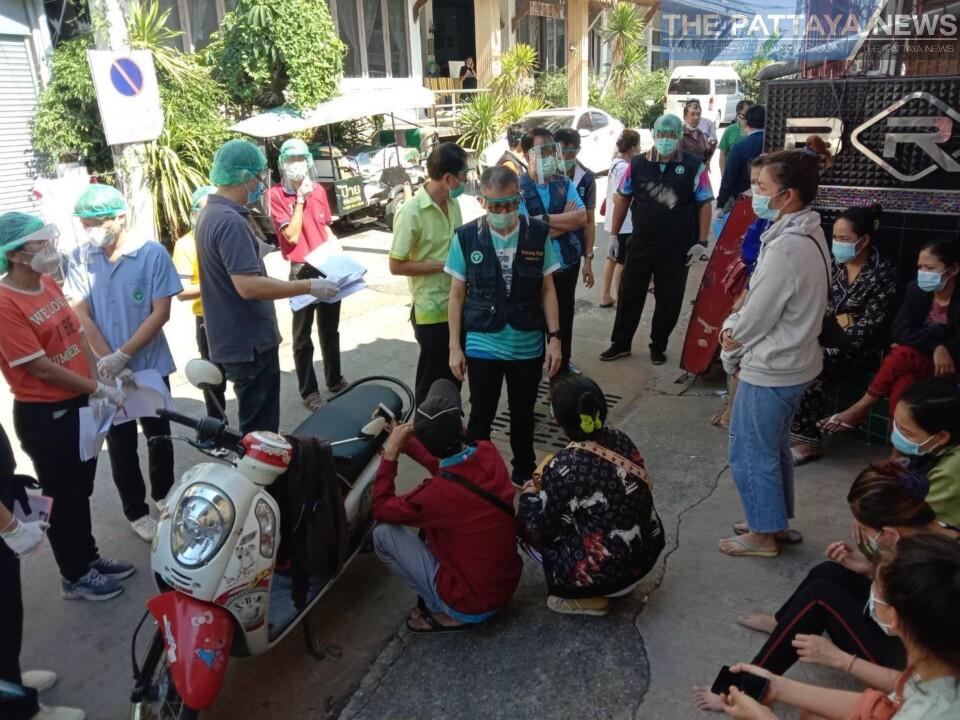 The cases were also announced at a press conference held by the Center for Covid-19 Situation Administration (CCSA) in which they included the fact that Chonburi has 108 new confirmed cases of local transmission of Covid -19. 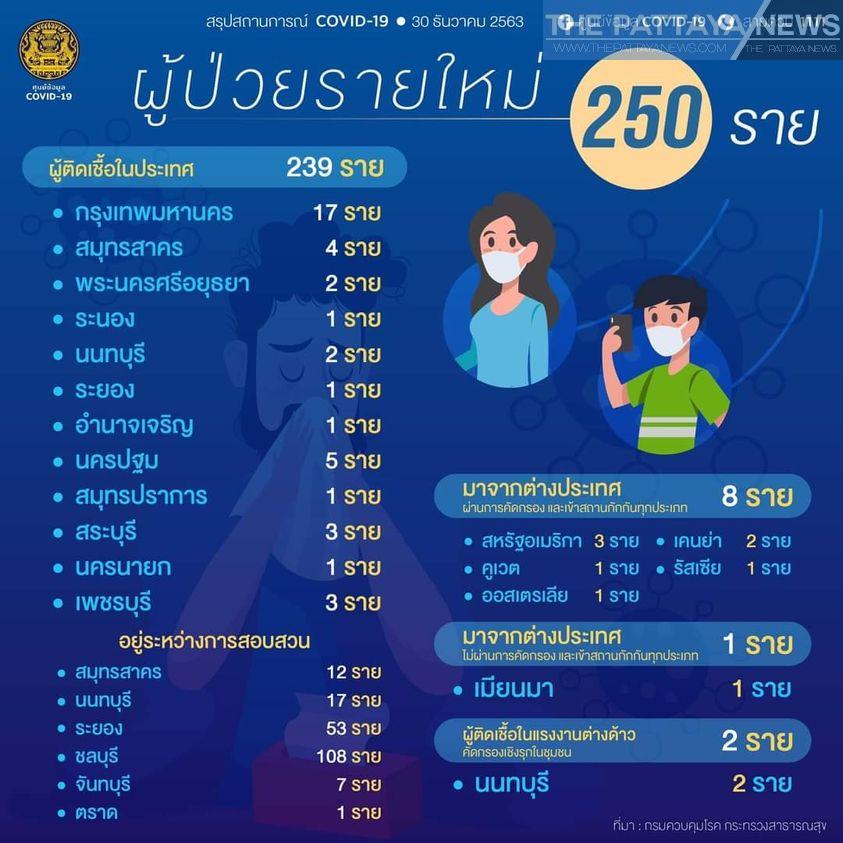 As a result Chonburi has separated districts into control zones with Banglamung, home of Pattaya, being red and under high control measures. We will have a separate article shortly regarding these measures.

Timelines and more information on the patients will be released in the near future according to the Chonburi Public Health Office.