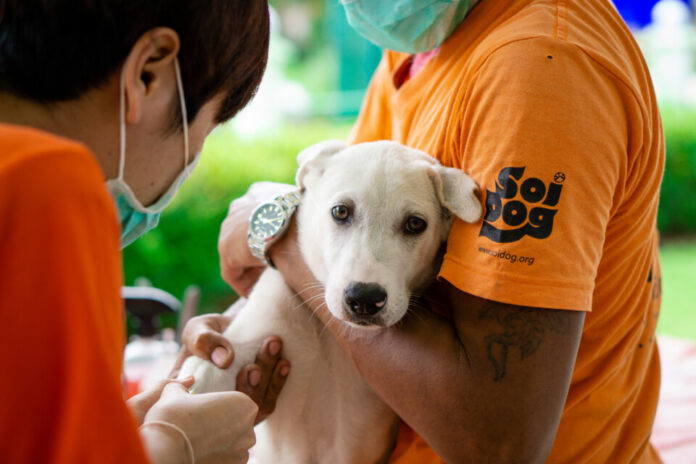 The following is a press release from the Soi Dog foundation. Their views and opinions are their own.

Soi Dog Foundation shared the incredible news that it has surpassed half-a-million dogs and cats neutered and vaccinated since its founding in 2003 – more than any other organization in the world.

The foundation marked the momentous milestone with a short film that looks at the past, present and future of its large-scale sterilization and vaccination program. The film, which features appearances from a host of celebrity supporters, including Ricky Gervais, Dame Judi Dench and Peter Egan, can be viewed here: https://www.youtube.com/watch?v=q49XaP0nmTE

Established in Phuket by three retirees determined to end the suffering of street dogs and cats, Soi Dog now runs the largest sterilization initiative in the world, known as its CNVR (Catch, Neuter, Vaccinate, Return) program. An incalculable number of puppies and kittens have been saved from short and painful lives of suffering on the streets as a result of the program.

Phuket is Soi Dog’s best example of the effectiveness of CNVR; the continuation of the program on the island over the past 17 years has seen the street dog population reduced by over 90% and only one confirmed case of rabies reported. The welfare of the dogs that remain there has also markedly improved, with severely sick, skeletal street dogs largely a sight of the past.

With the situation on the island under control, and a maintenance program in place, Soi Dog was able to expand into Bangkok in 2015 and later into other provinces too. With the help of six mobile teams in the capital and two more in a changing rotation of southern provinces, the foundation is currently able to neuter and vaccinate over 10,000 animals a month.

“I firmly believe that the only way we can control stray dogs here in Thailand, in Asia and the rest of the world is by sterilization – large-scale sterilization – and education,” explains co-founder and president of Soi Dog Foundation International John Dalley in the celebratory video.

Reflecting on the enormous growth of Soi Dog’s CNVR program, he adds, “In the beginning it was slow. In the last four months of 2003 – which is when we started – and the whole of 2004, we managed to achieve just over 1,400 sterilizations. A far cry from today, but you have to start somewhere.

“Today, of course, things have changed. We’ve now sterilized 500,000 since we started. The amazing thing about that, I think, is that nearly 250,000 of those have happened in the last two years alone.”

With an estimated 10-12 million street dogs across the country, this is only the beginning of a long road for Soi Dog. However, plans are already in place to employ a further two mobile teams in southern Thailand and support a sterilization project in Chiang Mai next year. Despite the scale of the task ahead, the foundation remains confident that, with the continued support of its donors in Thailand and around the world, it can bring an end to the suffering of companion animals once and for all.

“Thank you so much for everything you do for us,” says John in closing. “I often say we can only do as much as the funds we receive, and you’ve enabled us to do this. It’s an amazing achievement. Thank you.”